DETROIT — With the Detroit Lions on the brink of an upset win, Maurice “Moe” Pearson watched the waning seconds from inside the legends suite of Ford Field.

The Lions were leading the Baltimore Ravens 17-16 with three seconds remaining on Sept. 26 when Ravens kicker Justin Tucker entered the game to attempt an NFL-record 66-yard field goal. 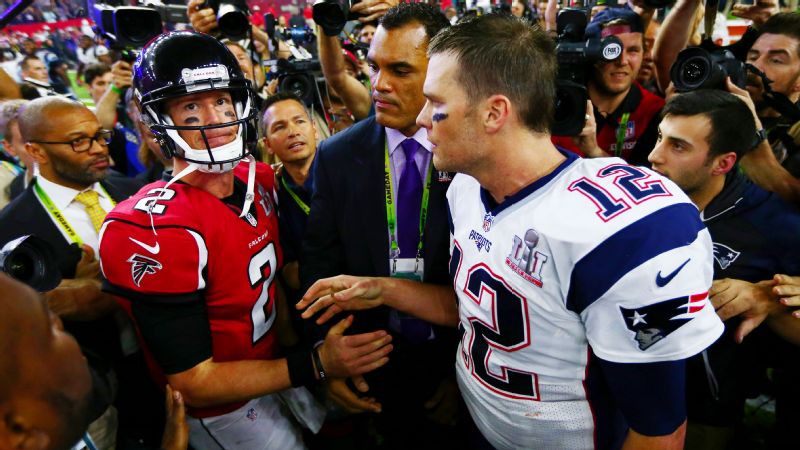 • What’s your team’s toughest loss?
• Inside the development of QB Mac Jones
• How being 1 of 10 kids helped Art Smith
• Mahomes wants credit given to Chiefs D
• Raiders trying to avoid another collapse

The ball bounced off the middle of the crossbar and into the net as time expired.

Moments like those have become an all-too-familiar scene for the Lions, but Pearson, Detroit’s manager of player and alumni relations, tries not to sweat them.

Throughout his tenure with the Lions — starting as an outsourced security supervisor in 2014 before becoming a security assistant in 2018 — the 39-year-old has developed a reputation for being the most energetic man on the staff.

“He’s one of those guys that every time you see him, he kind of says something. He’s always talking, being loud and giving that energy to other guys,” Lions Pro Bowl tight end T.J. Hockenson told ESPN. “That’s something that every building and every place needs is just a guy that will change the energy of the day and just kind of changes the mood when he walks in the room. It’s great to have him around.”

Pearson knew entering the Allen Park training facility for work the Monday after the heartbreaking loss to Baltimore would be a challenge.

He had a plan: deliver a boatload of hugs to everyone he encountered.

“Out of all days, I went in and I loved them up a lot that day,” Pearson said. “That Monday, I was all over the place. They probably thought I was a mad man, but I’m like, ‘give me some love, come here. Let me hug on you. Let me put some of this Jesus on you. Come on, man. Y’all gotta keep y’all heads up. Let’s go.’”

“That’s him every day,” running back D’Andre Swift said. “It just kind of lifts everybody’s spirits, especially after a loss like that when you come into the building.

“It’s days when I’m feeling a little down and he brightens my day up.”

It’s hard not to notice Pearson’s smile and high-pitched laugh, which often echoes throughout the Lions’ facility, no matter the outcome of the previous game.

“I’ve taken many losses throughout my life, and I think that’s what kind of drives me to not let it impact me as hard as it should because I’m always looking at the bigger picture,” Pearson said. “We are alive. Y’all are walking off that field. Y’all are walking and breathing right now. It’s always next week, man. I’m always trying to push that on them.”

Growing up on Detroit’s West Side, Pearson experienced the death of a neighbor at an early age. He also overcame anger after his father left the family when Pearson was 7, forcing his mother, Felecia Pearson, to step up as a single parent.

Felecia would serve as his biggest inspiration. However, she died suddenly from cancer in 2018, shortly after he was officially hired on the Lions staff.

“This is not nothing new. He’s been like this his whole life,” said Pearson’s older sister, Nakia. “He’s always been the most motivating person, all his years in school. Always. That’s what his teachers always said to my mom was like, ‘he is gonna go so far.’ Always the life of the party, but was not a partier.”

Pearson joined the Army as an 18-year-old in 2000 after graduating from Detroit Redford High School. A year later, after the Sept. 11 terrorist attacks, Pearson was deployed to Afghanistan and Iraq, where he earned medals for service in combat zones.

Washington D.C. native Steven Ferrell served with Pearson, and they continue to maintain a close bond until this day.

“He’s had that effect,” Ferrell recalled. “There’s been dark moments and he’ll get to talking, get to laughing and we start to talk about home and he can turn a dark room bright.”

During halftime of the Lions’ home game on Halloween, the franchise surprised Pearson with the news of nominating him for the NFL’s Salute to Service Award, which honors a league member who is passionate about honoring and supporting the military community.

Lions defensive end Da’Shawn Hand, center Frank Ragnow and safety Will Harris were all featured on the JumboTron, thanking Pearson for his service.

It doesn’t matter that the Lions organization hasn’t experienced a regular season or preseason win in nearly a full calendar year, since Dec. 6, 2020 at Chicago, everybody knows Pearson will be the same way every day — win or lose.

“It’s nothing fake about him,” said Lions running backs coach Duce Staley. “Every time you see him in the hallway one-on-one, you’re shaking hands with him, or in the parking lot or you see him at dinner, he’s acknowledging himself to you, and he’s screaming your name. The energy is real. Sometimes, you think, ‘hey man, do you wake up with this energy?’”

“That energy motivates me,” Staley added. “I don’t need anything else but just to see him. If I’m having a bad day, just to see that energy and juice from him is enough for me.”