GLENDALE, Ariz. – Cam Newton, a huge smile beaming from underneath his helmet, playfully walked a few feet on his knees after his eighth and final play of Sunday’s 34-10 victory over the Arizona Cardinals.

It wasn’t quite like walking on water, but after what the quarterback showed in his first game back for the Carolina Panthers, it almost felt like he could.

“God is working in my life right now,’’ Newton said.

Newton scored on his first two plays, a 2-yard run and a 2-yard pass, to give Carolina a quick 14-0 lead. But it was the energy the 32-year-old brought to the field that was just as big as his playmaking.

That’s something the stoic Sam Darnold, even during a 3-0 start, didn’t bring and likely never could. That’s something P.J. Walker — who is expected to turn the reins of the offense over to Newton next week when Carolina (5-5) takes on the Washington Football Team (3-6) — can’t do after only two NFL starts.

Newton brought the fun back to the Carolina offense, something that could propel them to a playoff spot if the league’s second-ranked defense continues to do its part.

“It was so much fun the moment Cam got here,’’ said wide receiver Robby Anderson, whom Newton dragged into his postgame news conference to make sure he wouldn’t be the last person on the bus. “To come to Carolina, and then the brother come back, it’s like a dream come true.’’

Newton’s Hollywood-like return could be topped only if he leads the Panthers to a win this week against Washington and coach Ron Rivera, who coached him for all nine seasons (2011-2019) in his first stint with the Panthers — and then to the playoffs.

One of the things Rivera always liked about his former quarterback was the way he kept the game fun, which kept those around him loose.

The Panthers needed loosening up, at least offensively. Darnold seldom, if ever, showed much emotion. Newton exudes emotion, and that was evident Sunday when he ripped off his helmet after his first touchdown and began screaming “I’m back!’’ repeatedly.

He showed it again after the game, as he ran around the stadium wall slapping the hands of Carolina fans who made the long trip to Arizona.

“Just him being himself and bringing the juice and energy that he brings helps this team a lot,’’ Walker said. “It helps us all relax, get comfortable and play great football.”

The Panthers are currently the seventh seed, and they are only a game and a half behind Tampa Bay in the NFC South after everyone else in the division lost Sunday. 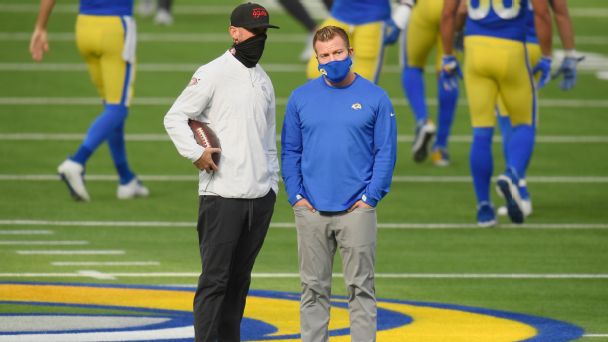 Win all three, and the Panthers would be 8-5 heading into their bye, giving them a week to rest up for a tough stretch run against the Buffalo Bills, New Orleans Saints and two games against the Tampa Bay Buccaneers.

Then anything could happen.

The Bucs, after falling to Washington on Sunday, have lost two straight. Buffalo recently lost to the Jacksonville Jaguars, and the Panthers already have a home win against the Saints.

“We know we can be special,’’ running back Christian McCaffrey said. “It’s just a matter of going out there and executing every week.’’

Executing consistently will be Newton’s challenge moving forward. He’ll be called on to know most of the offensive playbook by Sunday, not just the few short-yardage plays he was called on to make against Arizona.

Consistency wasn’t Darnold’s strong suit. He made more mistakes than big plays. Newton, in prove-it mode for a contract next season, can be the dynamic player coach Matt Rhule hasn’t had his first season and a half.

Part of being dynamic is bringing energy.

Newton also brings a winning attitude, something Darnold couldn’t because he didn’t consistently win with the New York Jets or this season at Carolina.

Newton was the 2015 league MVP, and he knows what it’s like to reach the Super Bowl and play in big games.

“He came into my office, and he told me, ‘This is all going to be about winning,’’’ Rhule said as he recalled his conversation with Newton on Thursday night after the quarterback signed a deal that could pay him up to $10 million the rest of this season. “I’ve watched him on TV. I know that Cam is a competitor. I think the challenge to the rest of our team was: It’s not about one guy, it’s about everybody.

“Don’t get me wrong, we’re excited [to have Cam here]. I kind of knew he would bring that energy, and he did.”

Newton’s energy lasted all the way to the final moment of his news conference Sunday when he grabbed Anderson by the shoulder, posed for a selfie with him and left shouting the team mantra: “Keep pounding!’’