Jiri Lehecka remembers first touching a tennis racquet at three. His grandmother, who competed on a national level, taught his older sister the game, so naturally Jiri wanted in.

“I wanted to do the same. At the moment, tennis was the only option for me. I was doing a lot of other sports. I had a very sporty childhood, I would say,” Lehecka told ATPTour.com. “But tennis won and of course nothing to regret.”

That decision is proving fruitful. On Tuesday, the #NextGenATP star from the Czech Republic earned his first tour-level win with a 6-4, 6-4 victory against World No. 12 Denis Shapovalov at the ABN Amro World Tennis Tournament in Rotterdam.

“Of course I’m excited. It was a good match today from my side. Very happy with my performance,” Lehecka said. “I knew that it would be a tough match of course, he’s No. 12 in the world. It is not easy against these type of players.”

Lehecka is making a habit of competing against the world’s best. After qualifying for his first major main draw at this year’s Australian Open, the Czech pushed former World No. 3 Grigor Dimitrov to four tough sets.

“Of course that helped a lot. Every match like this is very good for me,” Lehecka said. “Our plan will be to play these matches as much as we can and move up and up.”

Lehecka is the son of two athletes. His father was a swimmer, and his mother was a track and field star. He has long enjoyed skiing, cycling and swimming.

“I have the genes to be a sportsman,” Lehecka said. “Sport is my passion all the way, up and down.” 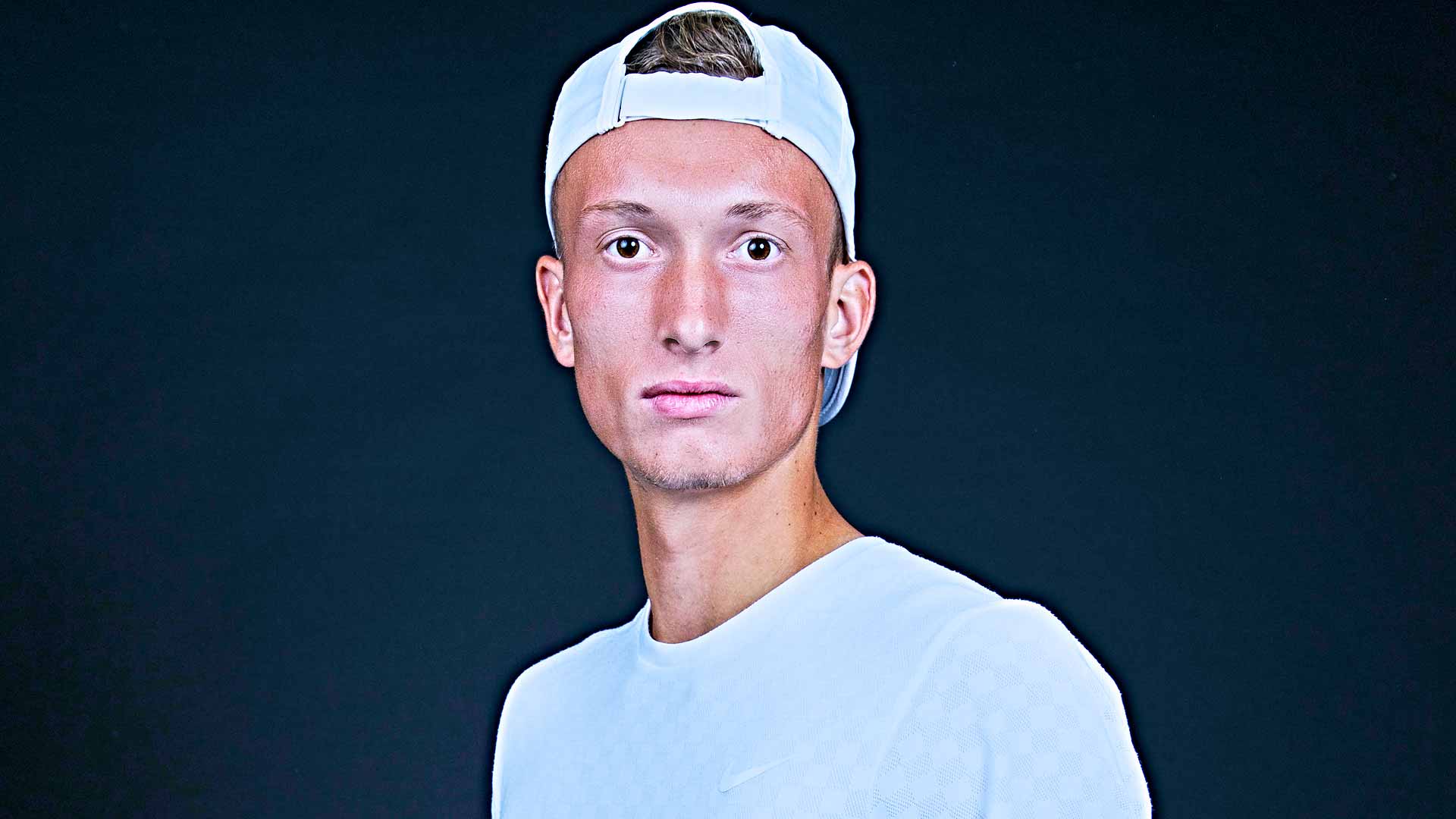 According to Lehecka, who also enjoys hiking in the mountains and playing video games, growing up with more than just tennis has allowed him to develop into a more well-rounded athlete.

“It’s something a little bit different of course, but I think it’s helped a lot and maybe it can even help with tennis with some situations,” Lehecka said. “If you are going up the hill, you need to keep going, or you will fall.”

It has also helped to have parents who understand what it is like to compete in a sport at a high level, even if they did not play professional tennis.

There are currently no Czech singles players inside the Top 100 in the ATP Rankings. But when Lehecka was young, he had the likes of Tomas Berdych and Radek Stepanek to motivate him.

“When I was a young kid, they were winning the Davis Cup and playing incredible matches,” Lehecka recalled. “Every time they played, I was watching the TV and trying to imagine what it would look like if I would be in their position one day and, of course, they gave me a lot of inspiration when I saw all the Czech fans cheering for them.”

Will Lehecka be next in the long line of Czech stars? Only time will tell. But the World No. 137 is making quick progress, and will try to continue his ascent in the Round of 16 against Dutchman Botic van de Zandschulp or Spanish qualifier Bernabe Zapata Miralles.