World No. 123 Czech Jiri Vesely upset top seed Novak Djokovic in the Dubai quarter-finals Thursday, guaranteeing that the Serb will cede the No. 1 ATP Ranking to Daniil Medvedev on Monday.

After Medvedev reached the quarter-finals at the Abierto Mexicano Telcel presentado por HSBC on Wednesday, Djokovic knew he had to advance into the last four at the Dubai Duty Free Tennis Championships if he wanted to continue his bid to remain atop tennis’ mountain.

LIGHTNING STRIKES TWICE ⚡️ ⚡️@jiri_vesely stuns Djokovic for the 2nd time in his career, ending his reign at No. 1 with a 6-4 7-6 victory! pic.twitter.com/YXVuWHCuxq Tennis TV (@TennisTV) February 24, 2022

However, the 34-year-old came up against an inspired Vesely, who played aggressively throughout to stun Djokovic 6-4, 7-6(4) in one hour and 57 minutes.

The Czech qualifier recovered from failing to serve out the match at 5-4 in the second set, recomposing himself to prevail in the tie-break under the lights on centre court.

“Playing against Novak, he is such a great groundstroke player,” Vesely added. “He moves really well. You really have to earn it and fight for every single point. I think I did an amazing job today. I tried to keep the rallies short. Of course Novak had huge support. I love these matches playing against the best players in the world. Having full stadiums is something I have dreamt about my whole life. ”

On Monday, Medvedev will become the third Russian man to reach No. 1 in the ATP Rankings, joining Yevgeny Kafelnikov (1999) and Marat Safin (2000-01). The 25-year-old will also join Andy Murray (2016) as the only first-time World No. 1 since Djokovic first reached top spot in July 2011. 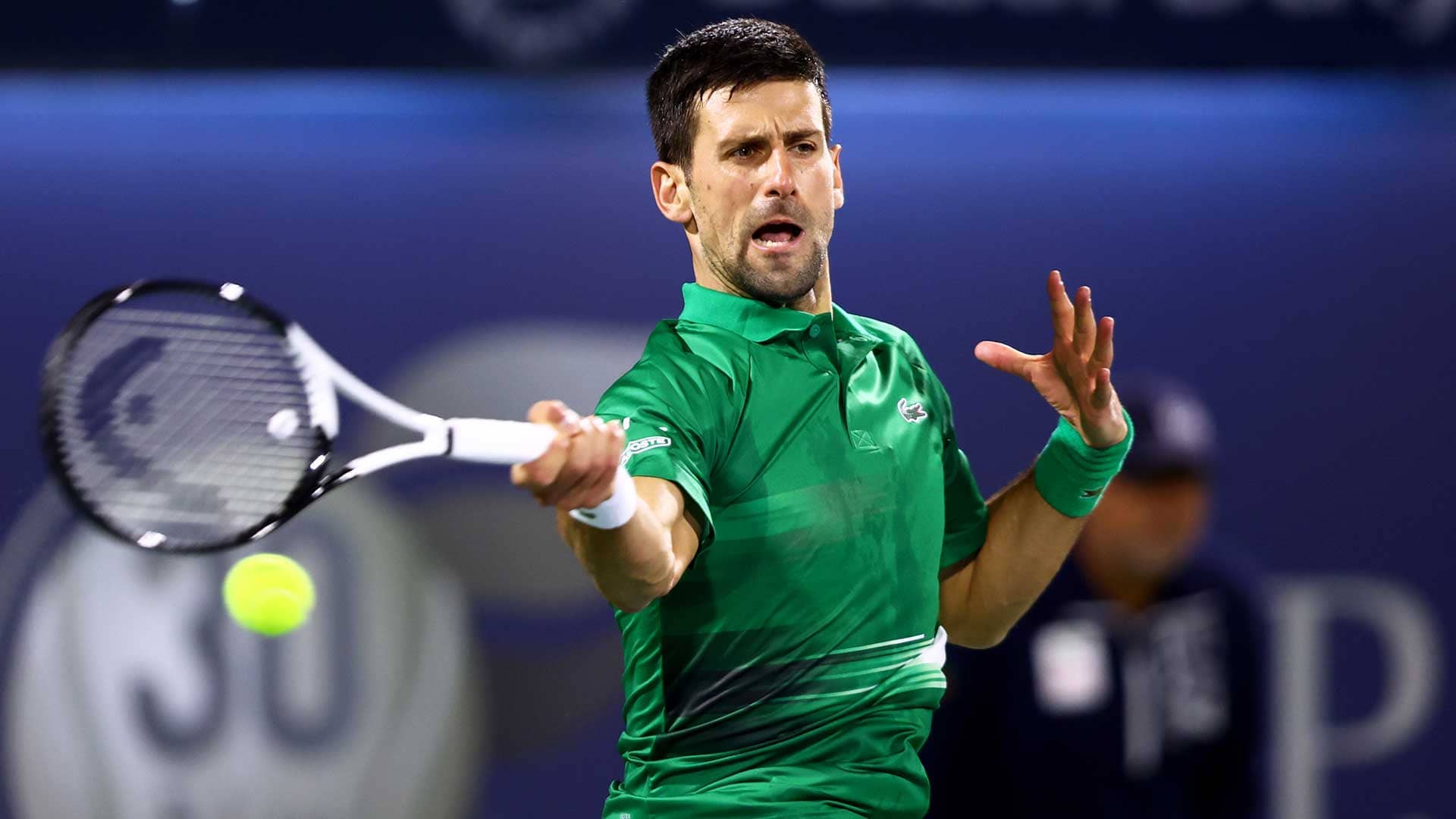 The last player outside of the Big Four of Djokovic, Roger Federer, Murray and Rafael Nadal who has held No. 1 was Andy Roddick on February.

“It is great for tennis to have someone new at World No. 1,” Vesely added. “Novak is such a champion, he has been No. 1 for 361 weeks, but tennis needs new World No. 1s and there is a new generation coming up and I think it is great.”

Vesely has now defeated the top seed twice, having won their other meeting in Monte Carlo in 2016. It is the first time the qualifier has reached the semi-finals at a tour-level event since 2020, when he enjoyed a run to the title in Pune.

The 28-year-old, who had never been beyond the first round at the ATP 500 event in three previous appearances, has now earned four Top 10 wins, with his last before he defeated Djokovic coming against then-World No. 5 Alexander Zverev at Wimbledon in 2019.

Medvedev Sprints To Acapulco Win, Continues Charge Towards No. 1

Vesely moved past Marin Cilic in the first round and then upset Roberto Bautista Agut to set up a match against Djokovic. The two-time tour-level titlist will look to continue his dream run when he faces sixth-seeded Canadian Denis Shapovalov or Ricardas Berankis in the semi-finals. Vesely held a 1-5 record on the season prior to this week.

Since Djokovic regained his No. 1 status in February 2020 he has won eight tour-level titles, including three Grand Slam crowns and three ATP Masters 1000 trophies. The 34-year-old was competing in his first tournament of the year this week in Dubai.