After Sebastian Korda defeated Thanasi Kokkinakis on Thursday evening at the BNP Paribas Open, he knew exactly who is next. When asked about his second-round Indian Wells opponent, red-hot lefty Rafael Nadal, all the American was able to do was laugh. 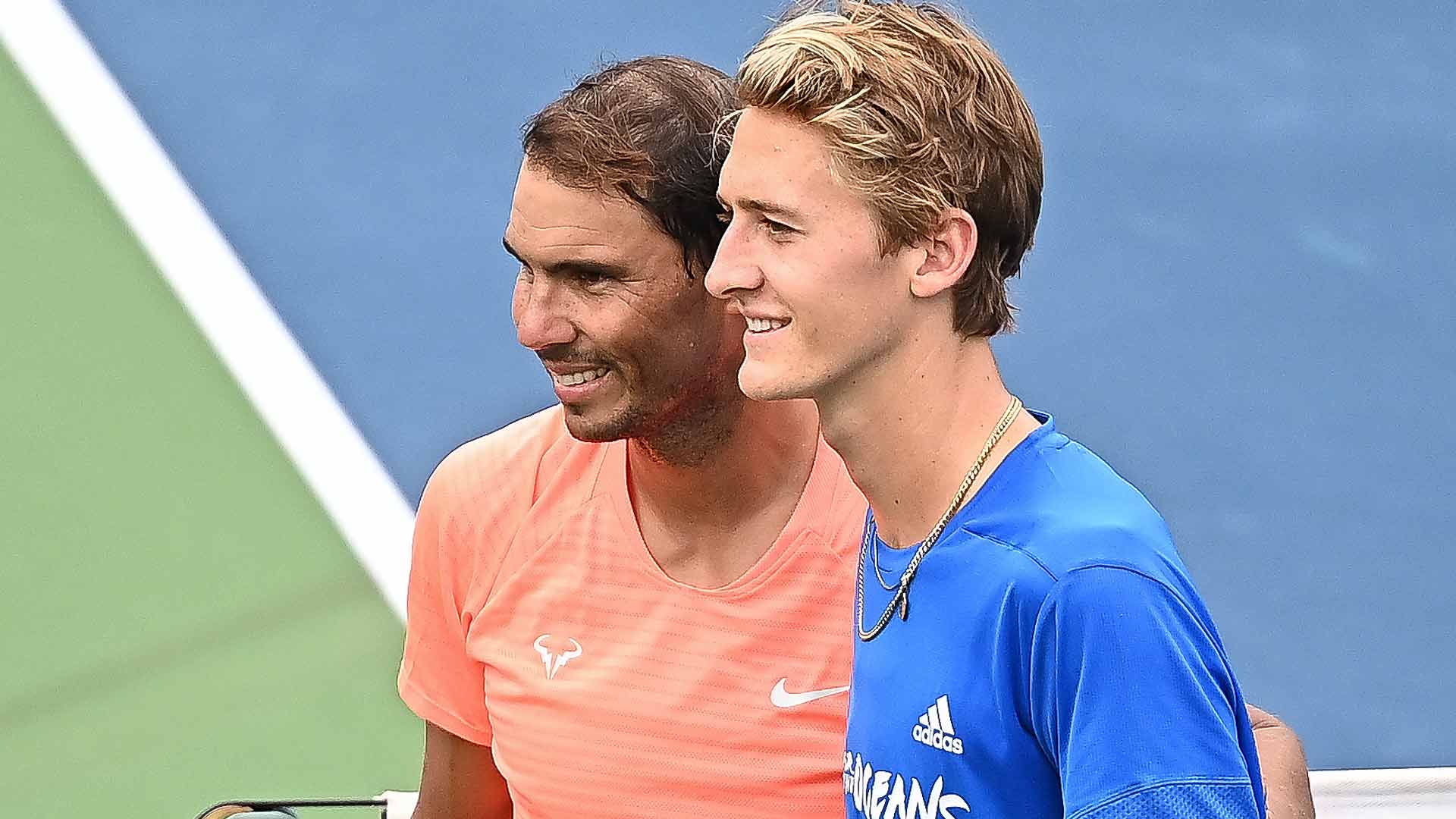 Rafael Nadal and Sebastian Korda” />
Photo Credit: Peter Staples/Citi Open
Korda’s fandom of the 21-time major champion has been well documented; Sebi even has a cat named after the Spaniard. Coincidentally, he trained with Nadal inside Stadium 1 on Tuesday morning before the draw came out.

“It’s going to be exciting. For the first time ever I got it to a tie-break, but I lost it unfortunately,” Korda said, again cracking a laugh. “But it’s going to be awesome. He’s my biggest idol and I look up to him so much. He’s a great person and I’m really looking forward to it. It’s going to be fun.”

This is just Korda’s second main draw appearance in the BNP Paribas Open. However, he is plenty comfortable at the Indian Wells Tennis Garden, where he remembers playing since he was 12. “There’s been a lot of tennis that I’ve played here and I’m really looking forward to a lot more,” he said.

Nadal On Korda: ‘He Is Going To Be A Great One’

Next up on Saturday will be Nadal. The first time they clashed, in the fourth round at Roland Garros two years ago, Nadal easily captured a 6-1, 6-1, 6-2 victory. The American believes he will be able to put those jitters behind him and focus on the task at hand, ending the Spaniard’s perfect 15-0 start to 2022.

“The jitters were first-time intimidation. He’s got this aura about him, he’s just an intimidating person,” Korda said. “But I’m really looking forward to it.”