Jason Kubler will contest a first ATP-level semifinal at the Hall of Fame Open in Newport, following victory over James Duckworth in an all-Australian quarterfinal. 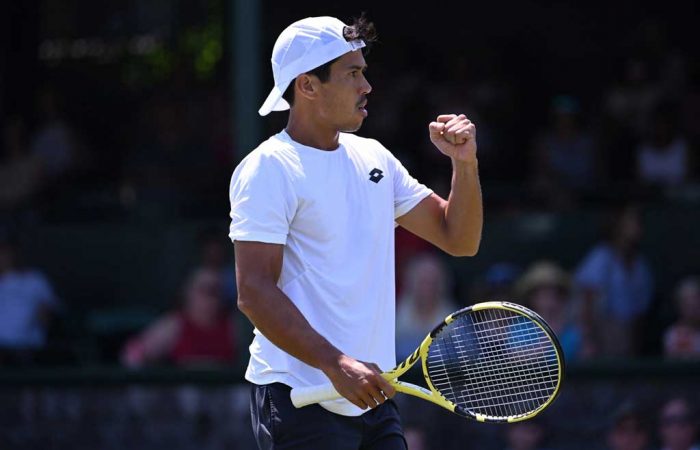 A stunning week continues for Jason Kubler at the Infosys Hall of Fame Open in Newport, where the 29-year-old Australian has advanced to an ATP-level semifinal for the first time.

The Queenslander recovered from a challenging start against world No.74 Duckworth, dropping serve in the opening game but levelling in the seventh game.

Kubler claimed another break of serve in the 12th game to secure the 54-minute first set.

The Australians exchanged service breaks to open the second set before proceeding to a tiebreak. After taking a 5-1 lead over Duckworth, Kubler never looked back.

“It’s a good mental victory for me today,” said Kubler, who defeated Duckworth for the first time in the five matches they’ve played.

“I’ve been putting a lot of effort into my mental side. I’m happy that I was able to stay consistent throughout the match.”

The unseeded Kubler had earlier stunned tournament top seed Felix Auger-Aliassime to set the all-Australian clash in Newport, saving a match point in the three-set battle to advance.

It marked a first top-10 win for Kubler, who has built a 25-4 match-winning record since the start of May. At Wimbledon,  he came through qualifying to progress to the fourth round of a Grand Slam for the first time.