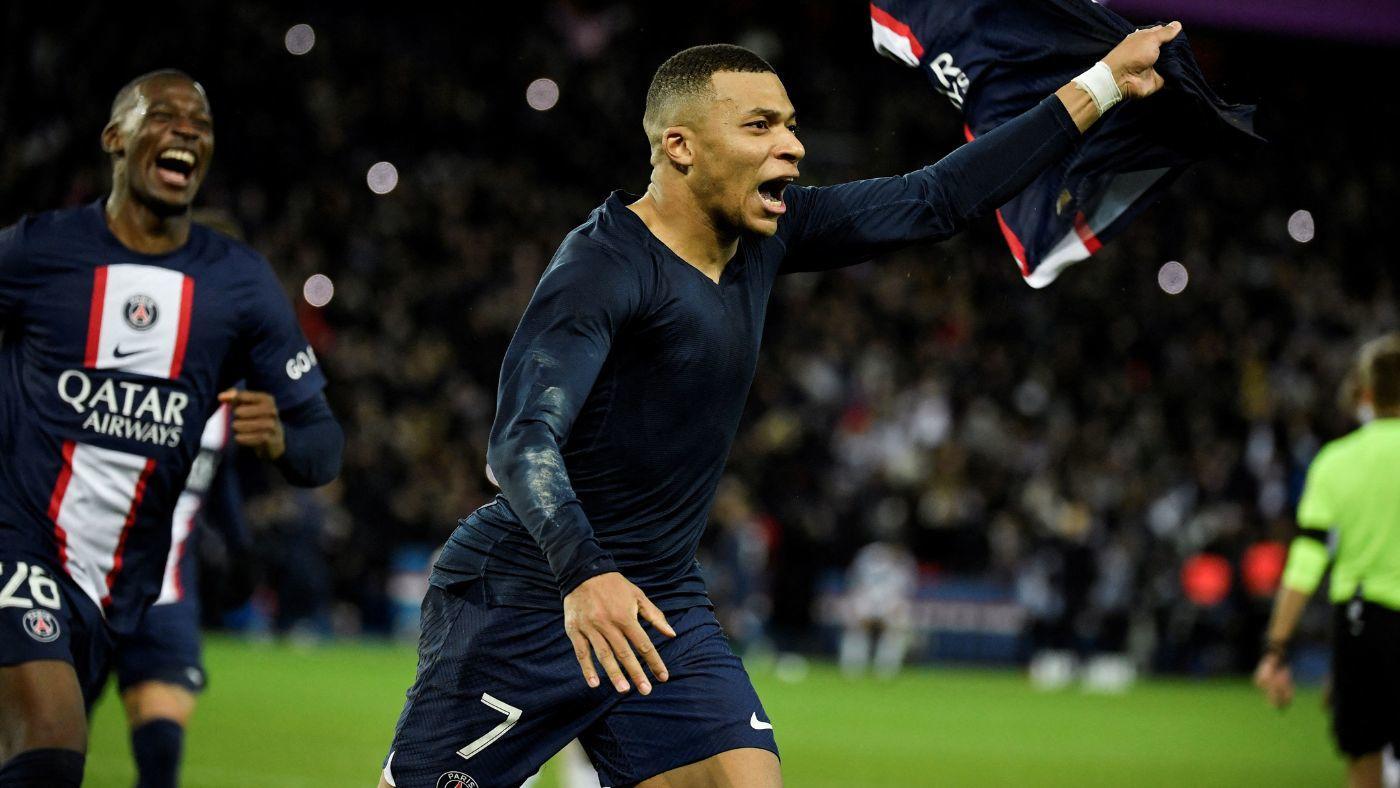 PARIS — Kylian Mbappe, Neymar, and Marquinhos were immediately back in action with Paris Saint-Germain on Wednesday against RC Strasbourg Alsace in Ligue 1 and it was almost a far from ideal return. Kylian Mbappe had to play last-gasp hero with a late penalty to rescue all three points for the hosts after Marquinhos’ own goal had canceled out his own opening header.

The PSG trio were all in FIFA World Cup action in Qatar yet returned quickly to domestic action as they sought to put their collective disappointment behind them. A narrow 2-1 win against the Alsatian strugglers, with Neymar seeing red in the second half, was not part of the plan and put Les Parisiens’ unbeaten season at risk.

“We knew that it would be tough,” said Marco Verratti after the final whistle. “It was our first game back and Strasbourg are not an easy team to play against and they also need the points right now. They are not a team that should be near the bottom so we were prepared for a very difficult match. We played with 10 for a bit and suffered a lot, but we never gave up. Kylian, as we know, is incredible. He has scored more important penalties than this one lately, but he has the mentality for it. We were sure that he would score.”

The evening started well enough with Verratti’s contract extension until 2026 announced before kick-off to the delight of the Parc des Princes crowd who were vocal in their support for Mbappe after his France heroics. It got even better after 14 minutes as Neymar floated in a free kick for Marquinhos to head home for the opening goal — it looked as if the Championnat leaders were going to build new momentum.

However, after that, PSG started to show the anticipated rust which had accumulated over a month or so of collective inactivity during the World Cup. With players at varying levels of freshness, El Chadaille Bitshiabu filling in at left back, and motivated opponents in conditions a world away from Qatar’s heat, Christophe Galtier’s men found it tough going for much of the 90 minutes before Mbappe’s late winner.

Gianluigi Donnarumma was forced to make a smart save from former PSG man Kevin Gameiro in a warning which went unheeded by the home side given that Julien Stephan’s men continued to create chances. Marquinhos deflected Adrien Thomasson’s cross beyond the Italian goalkeeper just six minutes into the second half to pull Strasbourg level not undeservedly given what they managed to muster with several regular starters missing.

It got even worse for PSG and Neymar who was booked twice in quick succession by another World Cup returnee in referee Clement Turpin with the second yellow card for simulation in trying to win a penalty. The Brazil international was accurate with many of his passes and created Marquinhos’ opener, but his night ended in acrimony with a pair of bookings within two minutes of each other before reportedly storming out of Parc des Princes.

“I can understand a bit of frustration from Neymar,” said Galtier post-game. “He really wanted to play in these next two games. I regret that an excess of commitment against my players was not punished a little more — that generated a bit of Neymar’s frustration. The simulation deserved a yellow, but he did take a nasty blow just minutes before and that booking was harsh compared with the hefty fouls he was subject to.”

Mbappe’s outing seemed as if it was not going to be much better. He tried to pick up where he left of with France in Lusail only to be confronted with the reality that things are massively different with club compared to country. Matz Sels did well to deny the World Cup golden boot winner with a good save in the first half, but the 24-year-old was too often left to create for himself and seemed equally as frustrated as Neymar was by the end of the game.

There was late drama, though. The game winning moment was not without controversy as Mbappe was clipped on his way through the defense, but still managed to fire a shot off. The whistle was blown for the penalty as defender Marquinhos poked home the rebound of Mbappe’s shot for what was momentarily his third goal. With that effort chalked off, Mbappe stepped up to convert successfully from the spot — exactly how he left the World Cup.

“I will never get over it,” said Mbappe to journalists of the World Cup final loss to Argentina. “Like I told the coach and teammates, though, there is no reason that my club should pay for a defeat with my national team. These are two different situations.”

“I spoke to Leo after the final to congratulate him,” added Mbappe of teammate Lionel Messi who is not yet back with PSG. “It was the journey of a lifetime for him — me too, but I was unsuccessful here. You must always play fair. The celebrations are not my problem. I will not waste energy on something so trivial. The most important thing for me is to give the best of myself for my club. We await Leo’s return to score goals and to win more games.”

“I heard my name and it is really nice,” Mbappe said. “I want to thank the fans. When you return from a situation like that, it warms the heart to know that I am at home here.”

Neymar’s red card poses an interesting problem for Galtier ahead of a very tough trip away to RC Lens on Jan. 1 while it also increases the need for Mbappe to deliver on his own with Messi not due back until after that northern foray. Based on this evidence, Franck Haise’s men will be the toughest test of PSG’s unbeaten credentials yet which might have been damaged here had Strasbourg been close to full strength.