NIck Kyrgios will turn his attention to the Cincinnati Masters, after bowing out to Hubert Hurkacz in Montreal. 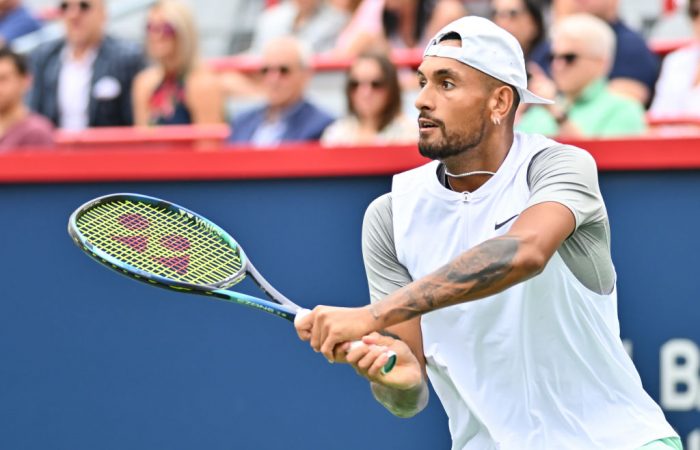 Nick Kyrgios’ winning streak has ended at nine matches, after Hubert Hurkacz claimed a 7-6 (4) 6-7(5) 6-1 victory in the Canadian Masters quarterfinals.

After a period in which Kyrgios claimed a seventh career title in Washington and upset world No.1 Daniil Medvedev in Montreal, the Australian finally dipped in the third set against world No.10 Hurkacz.

It was nevertheless another superb showcase of Kyrgios’ weapons, the 27-year-old firing 19 aces and 55 total winners in the one-hour, 47 minute match.

Neither player had their serve broken in the first two tiebreak sets, with Hurkacz  gaining the upper hand after he took an off-court break between the second and third sets.

The 25-year-from Poland becomes only the second man, besides Novak Djokovic, to claim a match win over Kyrgios in a glorious two-month period.

“Nick has been playing some really incredible tennis throughout the past weeks. It’s a pleasure to play against him,” said Hurkacz, noting that injury or fatigue may have been factors for Kyrgios in the third set.

“I’m definitely happy with the result in the end.”

Kyrgios leaves Montreal as a winner in 15 of his past 17 matches, and with his ranking set to return to the top-30 – which ensures a seeding at the upcoming US Open.

He is scheduled to compete at next week’s ATP Masters 1000 tournament in Cincinnati.