Australians Nick Kyrgios and Thanasi Kokkinakis have both progressed to the fourth round in singles at the Miami Open. 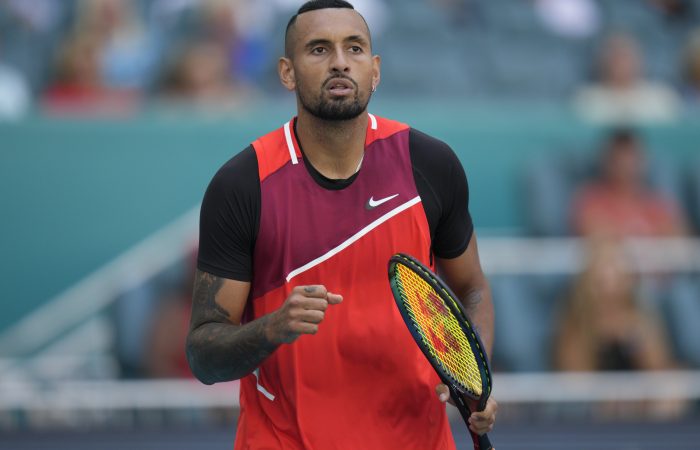 Nick Kyrgios has continued his impressive march through the Miami Open draw.

The Aussie wildcard needed only 61 minutes to eliminate No.31 seed Fabio Fognini in third-round action today.

Kyrgios fired 10 aces and lost only eight points on serve in a dominant 6-2 6-4 victory against the Italian.

“I served well and I am happy to be through,” said Kyrgios, who has also progressed to the doubles quarterfinals in Miami alongside Thanasi Kokkinakis this week.

“I am just returning well. My doubles has helped me a lot on my singles court.”

It is Kyrgios’ second consecutive win against a seeded opponent at the ATP Masters 1000 tournament and propels him into a fourth-round meeting with world No.11 Jannik Sinner.

Kokkinakis has also progressed to the fourth round, where he’ll play second seed Alexander Zverev.

It is Kokkinakis’ fifth consecutive win, having earned his place in the main draw through qualifying, and marks the first time he has progressed to the fourth round at an ATP Masters 1000 tournament since Indian Wells in 2015.