Holger Rune had a breakout season on the ATP Tour. As a 17-year-old in March, he qualified in Santiago and became the youngest tour-level quarter-finalist since 17-year-old Borna Coric in Umag in 2014. The Danish teen maintained his climb, ascending from outside the Top 450 in the FedEx ATP Rankings to the fringe of the Top 100.

Rune competed in the Intesa Sanpaolo Next Gen ATP Finals in Milan. The 18-year-old has been coached since he was young by Lars Christensen, who spoke to ATPTour.com about his charge’s rise, personality, facing Novak Djokovic and more.

You’ve been working with Holger since he was young. How did your relationship come about?
I was head coach in a club in Denmark. I was in charge of everything, coaching all the kids. He came when he was six-and-a-half because his big sister was playing tennis. She was playing quite well and I think he started in the summer season.

In the winter season, I started coaching all the small kids as well. I noticed him very fast. He progressed so fast and was totally dedicated to becoming a good tennis player, so that’s how I got his eyes on him in the first place.

What stuck out to you about him?
He is very emotional, very competitive as well and very, very fast. He was totally dedicated to tennis. In the beginning, he was playing a bit of soccer as well and he was doing all kinds of leisure things. But very [quickly], he just wanted to be a tennis player. One week he was Rafa with the headband and all the gear. He wanted to be like Rafa. The next week he would be Federer and he was totally dedicated to it. He really loved playing tennis.

There is usually a bump in the road. Did he have one and if so, what was it?
My main focus in the beginning, like all the kids that I coach, is to give them sound technique. He was so eager to learn and he practised so much at home. In Denmark, he was two, three years ahead of his time. When he was eight he would beat the guys who were 11 or 12 years old and he would do that with good technique and understanding of the game because he was watching so much tennis.

When we started competing internationally, under 12, he was just not physically good enough at that time. He was technically better than most players. If he played half court, he would win every time, but on a full court, he was not moving well enough. I decided we needed to develop his physique and agility much more.

He really hated that because he was lazy [as a kid], so we had some tough times at that moment, making him understand and work hard in practice and do things without the racquet, coordination drills and stuff like that. When he came through it, he started beating the guys at under-12 events and became the best player in his age group. Everything paid off in the end. 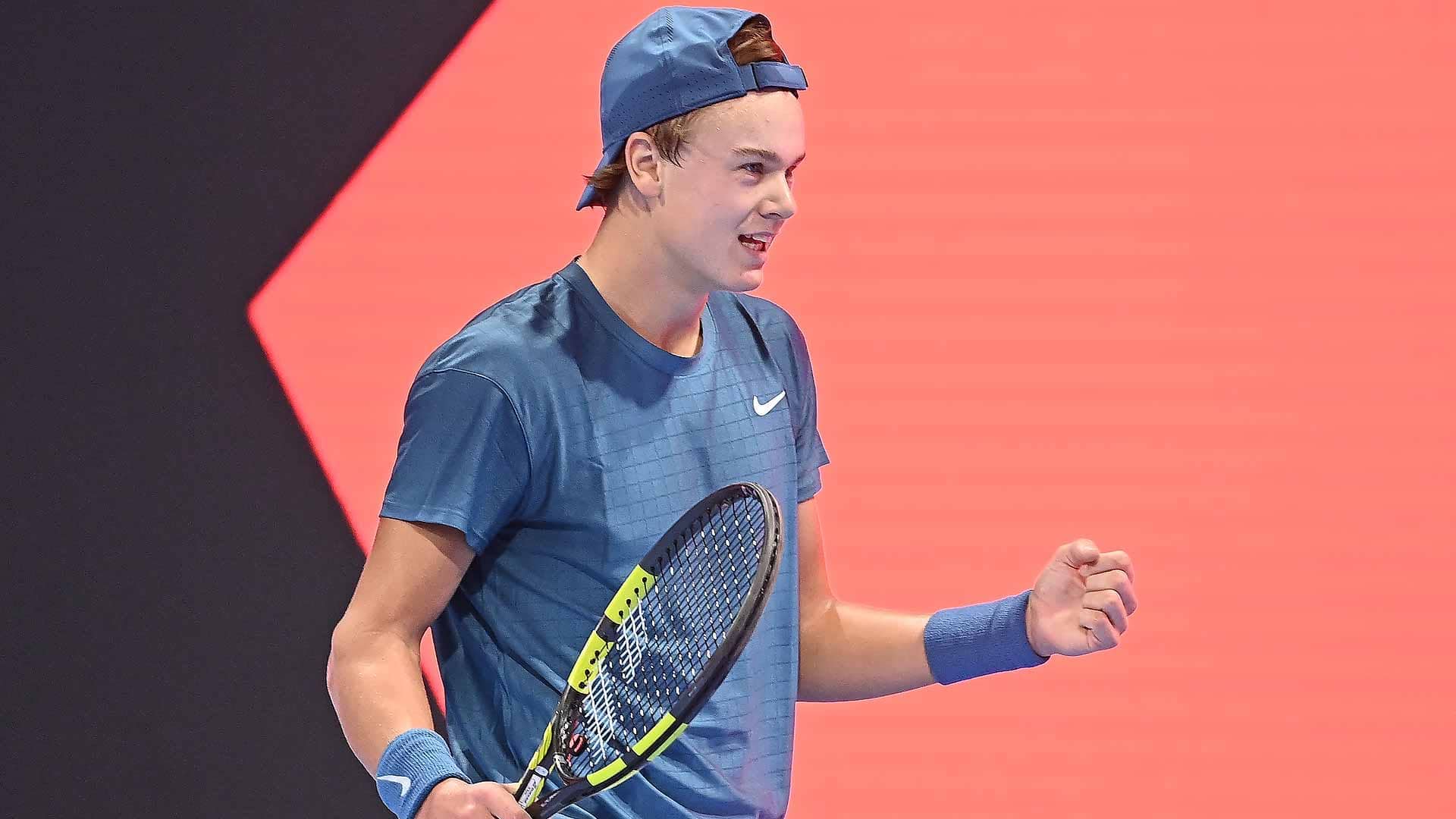 Holger Rune” />
Photo Credit: Peter Staples/ATP Tour
Can you recall examples of sending him to go for a run or something like that?
There were a lot of times he was screaming like crazy and crying because he was refusing to do what I wanted him to do. His mother would be on the side forcing him to do the drills I wanted him to do. But we are best friends.

How nice is it on a personal level to watch him grow up from being a boy with a dream to being on centre stage?
It is an amazing journey. It has not always been easy. When the relationship is so close, it is hard to be professional and not personal. That separation between the personal and professional relationship can be hard to separate. I have to be really hard on him sometimes, but then I have to treat him like my son.

How much has he matured as a person?
It has been a tough transition from the juniors to the seniors. He is really working hard to get that dimension and maturity of his personality and his game — to stay in there when it gets tough. We are really working hard on that.

For me, that is one of the major issues that should be developed in the next year or two if he really wants to succeed. For me, he has the game and everything to succeed, but he needs to grow in his mentality. All these matches at this level, it is about building blocks and we are climbing up slowly. We had some goals and we managed to achieve our goals all the way through, so I am sure we are doing the right thing. He wants it so much.

Rune On Playing Djokovic: ‘This Is Where I Want To Be’

Before he played Novak Djokovic at the US Open and won a set in that match, he said he wanted to go and beat him. How nice is it that he has that belief in himself?
He has always been like that. When he was 10, he was 100 per cent sure he could beat the senior guys in Denmark and that was not possible. But in his mind, it was possible and that is such a strong view for a player to have, because if you don’t believe 100 per cent in yourself, it is not going to happen.

I am more realistic. I knew playing Djokovic at the US Open in his first Slam [would be tough]. If he played some good tennis and showed his potential, I would have been really happy. That is what he did and that was fantastic. But for him, it was winning or losing and that is fuel for a player and that is very good. I don’t want to take that away from him.

But my job is setting realistic goals, trying to tell him everything is possible and in my opinion, there is one step at a time. Taking one set against Djokovic is something, but going the distance with Djokovic is another story.