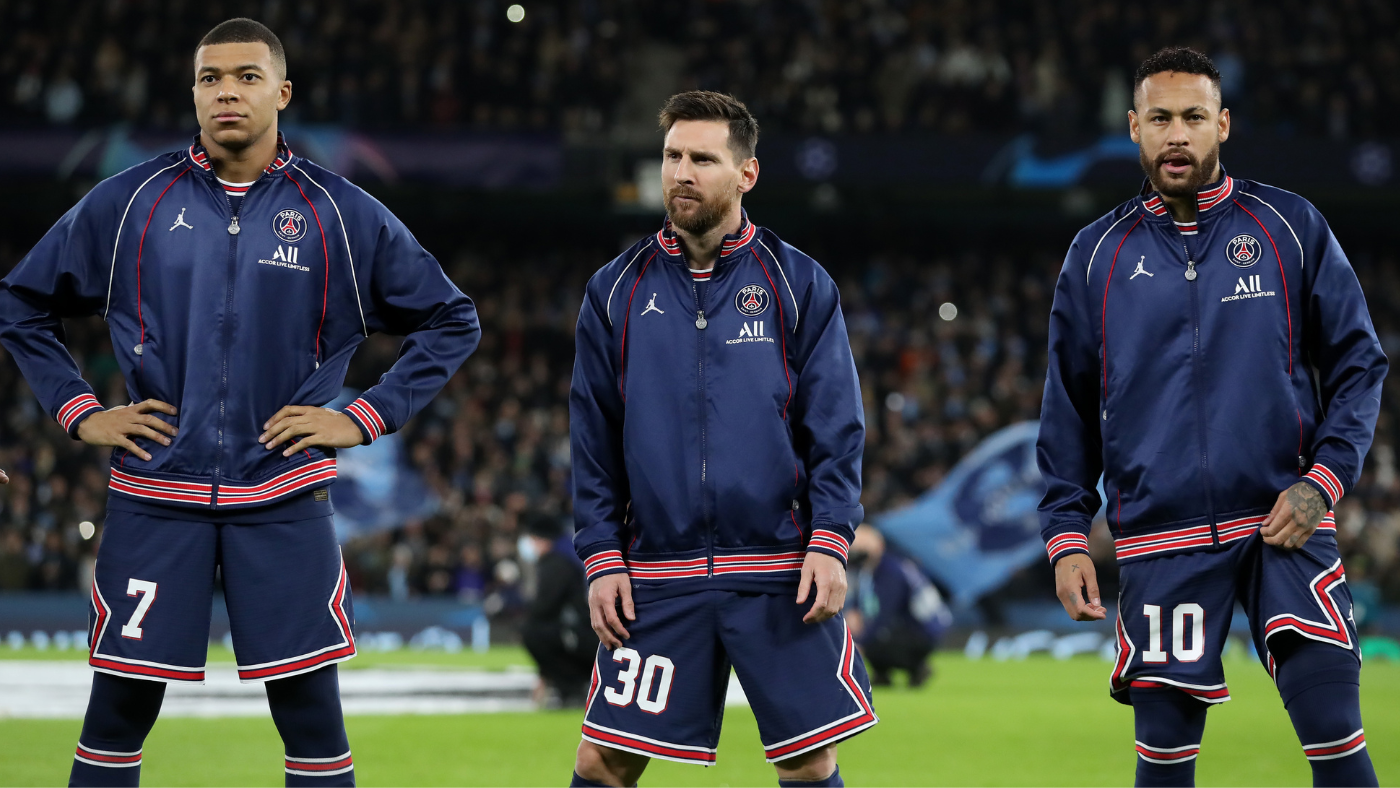 Lionel Messi, Kylian Mbappe, and Neymar’s return to Qatar-backed Paris Saint-Germain after the FIFA 2022 World Cup was always going to be a fascinating subplot in the European season. With the legendary Argentine currently enjoying the adulation of his homeland, the Frenchman getting over his disappointment as he turned 24, and the Brazilian wiping away his tears, early 2023 will be very interesting at Parc des Princes.

Had Messi and Mbappe’s rivalry ended in Lusail after an absorbing all-time encounter, then their reunion in the French capital in a few weeks probably would not have been as awkward as it might now be. Thanks to Aston Villa and Argentina goalkeeper Emi Martinez, who was quick to rush to console Mbappe after penalty shootout defeat in the final only to bizarrely mock the France superstar in celebration, Messi might now have some explaining to do.

In terms of PSG avoiding their biggest star names crossing paths and potentially eliminating each other, Qatar went as well as could have been hoped. Neymar and Marquinhos’ Brazil did not fall to Messi’s Argentina nor Mbappe’s France, although Neymar is now considering his international future and Marquinhos was unfortunately the fall guy for the Selecao Brasileira from the penalty spot.

Vitinha’s journey with Portugal also ended at the same time as Brazil’s in the quarterfinals while Nuno Mendes had already left the tournament injured by then. Achraf Hakimi did come up against close friend Mbappe during Morocco’s incredible semifinal run but there was never any doubt that the respect between the pair would remain intact.

That is likely to be the case between Messi and Mbappe once the topic of Martinez’s behavior is out of the way, but the real question is how will the different World Cup outcomes be digested?

With Messi, it could go one of two ways with the 35-year-old already arguably on his way to a potential eighth Ballon d’Or title after this success. Either he comes back motivated to complete a strong season which could potentially end in UEFA Champions League success, or he gave everything to the cause for La Albiceleste and spends the remainder of the term going through the motions. Though given that it seems he is closing in on negotiating an extension with his club, it seems unlikely he’ll be all that uncommitted.

Mbappe might suffer, but any dip in form is unlikely to last too long with the 2022 World Cup Golden Boot winner most probable to shake off his disappointment, and focus on ending PSG’s wait for continental success. Given that he can have few real regrets in terms of his individual contribution, we could actually see a highly focused Mbappe return to duty with Les Parisiens and he is already back in training as of Wednesday.

Once more, the biggest question mark hangs over Neymar. Injured and arguably unable to truly express the best of himself in Qatar, the 30-year-old has hinted at less international involvement moving forward and there will be changes made to the Brazilian setup with Tite moving on from his role as head coach. He was, however, publicly happy for close friend Messi and his deserved success.

History suggests that Neymar will take some time to get over this and that his second half of the season could be compromised due to the another injury and inability to do his talent justice on the biggest stage. The midway stage of the club season, particularly since he moved to France with PSG, has also generally not been his most productive time of each campaign.

Parisien tactician Christophe Galtier has a challenge ahead of him to pick the likes of Neymar up as he did when he arrived in the capital back in the summer and to ready him for the second half of this term. It feels a long way in the past, but it was only just over a month ago that PSG finished club action pre-World Cup as one of the only remaining unbeaten sides in Europe.

Ready to bring Messi, Mbappe, and Neymar back down to the reality of club soccer are the likes of Gianluigi Donnarumma, Marco Verratti, Presnel Kimpembe, Sergio Ramos, and Fabian Ruiz who all missed out on Qatar and had to watch from home. Plenty of star names will still be desperate to succeed at club level and get themselves back into the international picture ahead of UEFA Euro 2024.

It will have understandably taken a lot out of Messi and Mbappe to go as far as they did with their countries, and it will also take Neymar a while to get over the double hit of disappointment and injury in time for the return of domestic action on Dec. 28. However, with 2023 arriving and PSG going well across all competitions, glory could be there for the taking if the star trio can refocus.