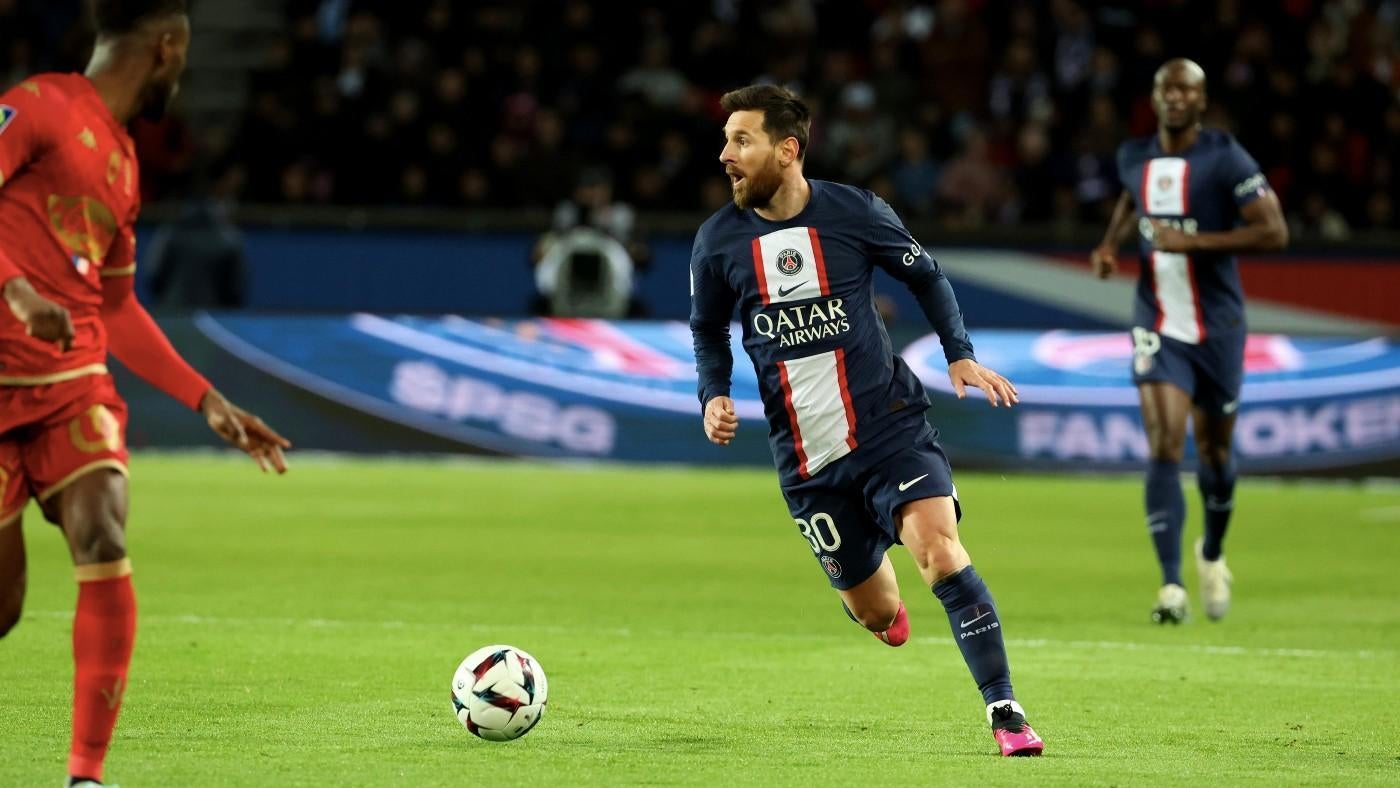 Lionel Messi scored on his return to club soccer after his FIFA 2022 World Cup win with Argentina as Paris Saint-Germain ran out 2-0 winners over Angers SCO in Ligue 1 on Wednesday. Messi and Hugo Ekitike got the goals as top beat bottom in Le Championnat, but it was far from a classic at Parc des Princes as the hosts laboured to victory.

Despite boasting Messi and Neymar from kick-off, Ekitike’s effort after just five minutes looked like it would be the extent of the scoring until VAR intervened. Nordi Mukiele provided both assists and eventually saw his second awarded after Messi completed a cute passing move 18 minutes from time.

“Everybody knows what Leo is capable of,” said Fabian Ruiz post-game. “He scored and we are all very happy for him. We are also happy that he is a world champion — he deserved it. Now we must make the most of him. On the field, it is a pleasure to play with him each day and to see him up close. I think the whole team and the fans are all happy for him.”

Until the South American put the game beyond doubt, there was plenty to worry Christophe Galtier with Abdallah Sima wasting a glorious chance for Angers at 1-0 and PSG creating next to nothing for much of the encounter. Kylian Mbappe was missing as he returns to training after some deserved rest while Achraf Hakimi was suspended and Marco Verratti was nursing an injury.

Those three absences and some largely disinterested displays contributed towards the growing feeling of concern in the capital that Les Parisiens are well off their expected level one month out from the return of the UEFA Champions League. Neymar, in particular, was a ghostly presence and only offered fleeting reminders that he was even on the field while Messi himself was quiet until he scored.

Ultimately, it was left to the Argentine to provide some game-winning magic as he finished beyond a resolute Paul Bernardoni to put the game beyond a spirited SCO outfit. A VAR check for offside ultimately proved unfounded and Messi was afforded his biggest cheer of the evening given that there was no fanfare for the returning champion in the capital of the beaten World Cup finalists’ homeland.

“Leo has recovered well and done a good number of sessions with us,” said head coach Galtier after the game. “He is in very good physical shape and he got an important goal for us. We need our guys of his profile to score goals like that. We chatted at half time and checked on him during the game to see how he was feeling. It was important for him to get back to action immediately and important for the team to get Leo back.”

Aside from Ekitike’s opener, the home side had actually looked second best at times as Ligue 1’s bottom side sought to pull off an unlikely result. It was not to be, but PSG and Messi must improve in the coming weeks if they are to be ready to face Bayern Munich. The league loss to RC Lens does not appear to have sufficiently woken the champions from their slumber just yet. Sunday away at Stade Rennais promises to be far more challenging for Galtier’s troops.

You can catch PSG vs. Bayern Munich and other round of 16 games when the UEFA Champions League returns on Paramount+.