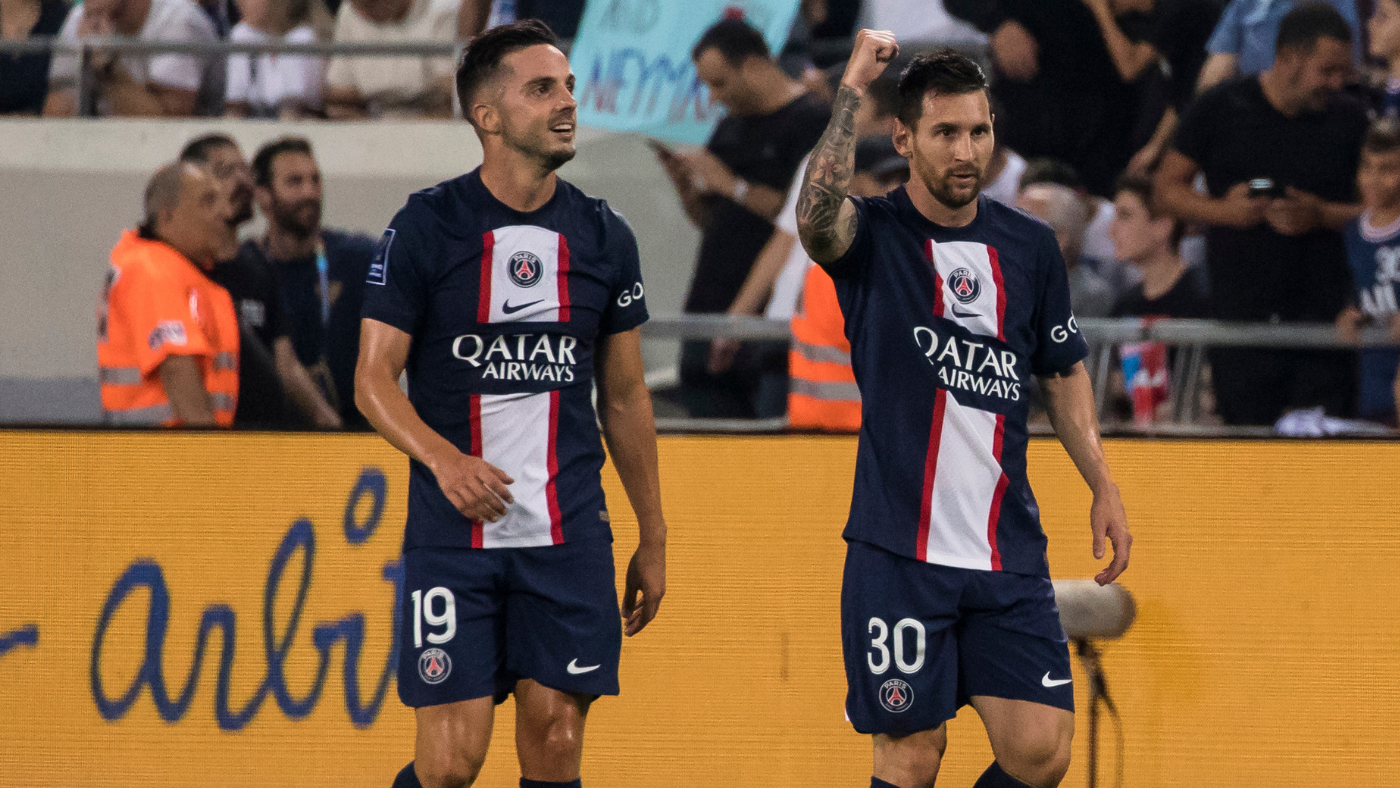 Paris Saint-Germain got off to an impressive start to the 2022-23 Ligue 1 season, even by their dominant standards. Lionel Messi scored twice and provided an assist while Neymar netted once and notched a hat trick of assists with Achraf Hakimi and Marquinhos also on target. But the talk of the night will be just how Messi finished the scoring.

The new campaign might only be two matches old, but PSG have a 4-0 Trophee des Champions and now a 5-0 Championnat triumph to their name as Christophe Galtier gets to grips with his new team. It took just nine minutes for Les Parisiens to open the scoring at Stade Gabriel Montpied with Messi teeing up Neymar to beat ex-PSG man Mory Diaw in the home goal.

Hakimi was next up with Neymar turning provider after 26 minutes and the Brazilian superstar had notched his second assist before the break with Marquinhos the latest recipient. It took until the final 10 minutes for Messi to get his first with Neymar completing his assist treble before Leandro Paredes set up the highlight of the night as his compatriot acrobatically made it 5-0. The bicycle kick goal was the first of Messi’s career.

“I enjoyed his goal,” Galtier said. “Leo has been at the highest level for 17 years. Last season was difficult as he was getting used to it. Before that, it was 30 goals per season. There is no reason he cannot have a great season now that he has found his bearings with his family life, club, team and teammates now. Associated with Kylian [Mbappe], we will be even stronger in attack.”

Of Mbappe, who missed the game with a knock, Galtier had encouraging words. “Kylian is essential to our project,” he said. “He wanted to stay to realize his big ambitions. Integrating such a player is not difficult for a coach. He picked up a little knock and we did not want to take any risks. If it had been a tougher game or maybe a Champions League one, he might have featured. I think he will be ready for Montpellier.”

Although it is early in the season, Messi and Neymar’s form is extremely encouraging for Galtier and Luis Campos as they shape the new PSG identity. Clermont were always going to find it tough going, but we are already seeing a new focus which was rarely present under Mauricio Pochettino.

“I spoke with Leo in Japan and with the defensive area too so that we can ensure that he performs well all the time,” Galtier said of Messi’s early season form. “He has a very sharp and clear tactical sense. He quickly sees where to put himself, how to be positioned and in areas he likes. He likes haveing players around him and when Leo smiles, the team smiles.”

The challenge for PSG is to keep this form going into the UEFA Champions League where Galtier is on less familiar ground and the pressure is that much more intense for the likes of Messi and Neymar. You can follow that entire journey from the group stage on Paramount+.