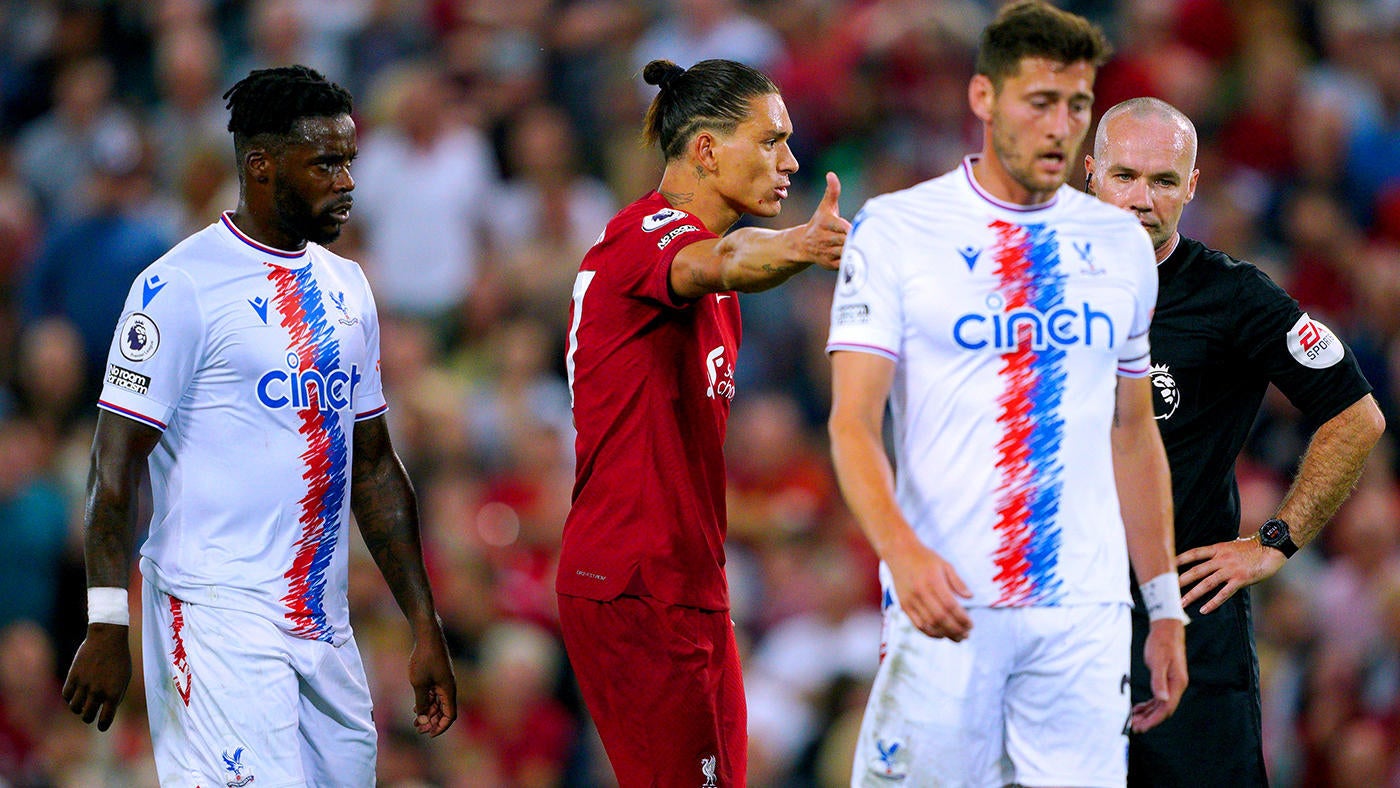 Liverpool striker Darwin Nunez had an eventful Anfield debut on Monday against Crystal Palace. Klopp inserted the Uruguay international into the starting XI for the first time this season “because we have no other striker,” but only saw him on the pitch for under an hour due to a rare lapse of judgment. With frustration building in a match where Liverpool were down 1-0 from a goal from Wilfred Zaha, Nunez was red carded for a headbutt on Joachim Andersen — not unlike the Zinedine Zidane headbutt in the 2006 World Cup final — in the 56th minute.

Despite trailing at the time of the red, Liverpool were dominating the match and it felt like a second-half turnaround was in the cards. Instead, they were forced to settle into a 1-1 draw in their first home game of the season thanks to a brilliant goal from Luis Diaz to rescue a point.

It’s a result that sees the Reds drop points in their first two games of the season and already leaves them four points behind Manchester City in the battle for the Premier League title. With Roberto Firmino not available for selection and Diogo Jota still dealing with an injury picked up in preseason, Diaz had to play as a makeshift forward to keep things ticking.

Patrick Vieira set up his Crystal Palace team in a back three to deal with Liverpool crosses into Nunez and his plan couldn’t have worked better. Nunez only had 19 touches in a game where he probably felt isolated due to the physical defending from the three Palace central defenders. And while he took five shots himself, two were blocked and the other three didn’t even test Crystal Palace keeper Vicente Guaita.

Nunez lost his cool when he was shoved by Anderson and retaliated by headbutting the Danish center back in return.

Liverpool were able to respond by finding an equalizer via a wonderful solo strike by Diaz in the 61st minute, but it wasn’t enough to rescue a victory in the match. The entire Liverpool attack flowed through Diaz, who was creating chances on the dribble, but the Palace defense held strong and the team almost got a winner from Wilfred Zaha. After the match, Zaha said that the chance came too fast for him to take it on his left foot. It’s hard for Palace to not be pleased with how things went.

United States international Chris Richards came on in relief of Tyrick Mitchell — who kept Mohamed Salah in check — to make his debut at Anfield in a pressure cooker. The Reds threw everything forward and Richards kept things tidy and even made an interception to block a shot and won all four of his aerial duels.

While Richards may not slot directly into the lineup in the next match for Crystal Palace, it was a promising debut after the club made a commitment to him with a five-year contract. He showed his versatility and performed against one of the best teams in the league, which is another nod to Viera having his team prepared. All 16 players who featured knew their roles and were able to perform them perfectly to get their first point of the season.

For a Liverpool side that has lacked intensity to start matches, they have to find a way to push through despite the concerning number of injuries bubbling up. Even though they’ve produced plenty of shots, including 24 on Palace, they’ve been predictable. Only one found the back of the net and it took a moment of brilliance for that to come to fruition.

To be clear, the Reds are down to their fifth-choice center back, fourth-choice midfielder and are stuck with backup options at forward. That is certainly a major challenge for Klopp, but it is a challenge he has overcome in the past. Although we’re only two weeks into the season, we can’t forget the title race was decided by one point last season. These dropped points may be more important than a looming three-game suspension to their star striker.