After American Christopher Eubanks completed his thrilling three-set win against countryman Maxime Cressy on Thursday evening in the first round of the BNP Paribas Open, he pointed to his left forearm so as to say he had ice in his veins.

The former Georgia Tech standout saved three match points in the second-set tie-break against Cressy and also saved a match point in the first round of qualifying against Spanish veteran Feliciano Lopez. He has certainly proven clutch under pressure in the California desert.

“It’s a blur at this point,” Eubanks said upon returning to the players’ area and embracing coach Phillip Gresk with a big smile on his face.

The 25-year-old now has six tour-level wins, with two of them coming at the Indian Wells Tennis Garden in the past six months. The venue is known as ‘Tennis Paradise’, and that moniker rings especially true for Eubanks.

“Typically being in the desert, the air’s a little bit thinner and that usually helps the serve. The courts are pretty slow. That gives me the opportunity to maybe run a few balls down and find as many forehands as possible. But we’re in Tennis Paradise,” Eubanks said. “A lot of times when you feel good at a tournament, you tend to play pretty well, so I think this place has just always been pretty welcoming to me for a long time and for whatever reason I just seem to play some of my best tennis on these courts.” 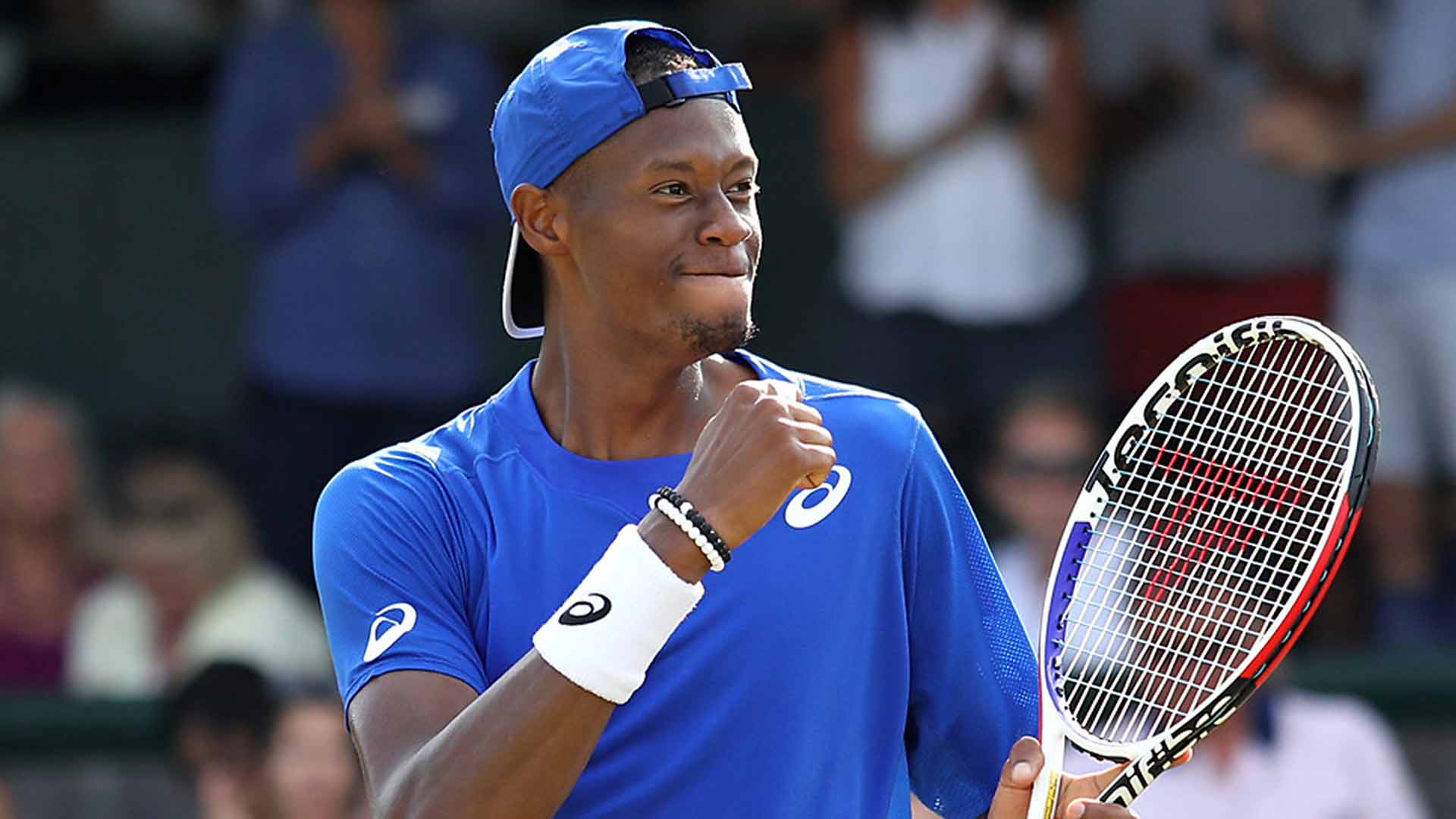 Christopher Eubanks beats Steve Johnson on Tuesday in Newport” />
Photo Credit: Kate Lucey/International Tennis Hall Of Fame
Before the home favourite plays eighth seed Casper Ruud on Saturday for a spot in the third round, it is important to know how hard Eubanks has worked to get to this point. He competed as a student-athlete at Georgia Tech from 2015-17, winning the Atlantic Coast Conference Player of the Year twice. In 2017 at the TRUIST Atlanta Open presented by Fiserv, he defeated Taylor Fritz and Jared Donaldson to reach the quarter-finals, showing his potential.

But the road to the top of the ATP Tour has not been perfect. A three-time ATP Challenger Tour titlist, he climbed to a career-high No. 147 in the ATP Rankings in 2019. However, he has been unable to push further. The American tries to get into the biggest events he can to try to continue building his ranking. That has taken him zig-zagging the world this year, to Australia, back to the United States, then to Doha and back to the States again for Indian Wells.

A big result like what Eubanks has earned so far in the desert makes that grind even more rewarding.

After overcoming Cressy and what Eubanks called the “slowest ace in the history of tennis”, he is not ready to slow down.Taking down Ruud, a Top 10 player who reached the semi-finals of last year’s Nitto ATP Finals, will not be easy. But this will not be his first “big match”.

“I’ve played a lot of big matches against very good opponents and I kind of know where my level can match up on any day. I think for me it’s just being able to find the consistency there,” Eubanks said. “So it’s not so much about having that eye-opening experience of like, ‘Wow, I can play at this level.’ It’s just more about doing it day in and day out. Right now I think I’m on my third match in a row in which I’ve played some really, really good ball. I’m extremely excited about that and hopefully I can just take it forward.”

Eubanks indirectly gained plenty of attention on social media last month when WTA superstar Naomi Osaka watched his first-round qualifying match at the Dallas Open against JJ Wolf. Osaka was in town for a concert by her boyfriend, Cordae.

“It was the first set, she came and I kind of saw her in the back corner. She stayed over there for a few games. I wasn’t sure if the ushers weren’t allowing her in or she was just choosing to stay over there,” Eubanks recalled. “She ended up going around and sitting with my coach in the middle of the first set and stayed there for the rest of the match. It was pretty cool.”

Osaka has inspired countless people throughout the world. But to Eubanks, she is more than just a global superstar.

“For me, it’s kind of weird, just because I look at her as just my friend. That’s what she is,” Eubanks said. “But she’s such a global icon and the reach that she has, it’s pretty incredible. It’s pretty remarkable. I think the way that she handles it is incredibly impressive. I’m just honestly honoured to be able to call her a friend.”

📧 For all the official news and exclusive interviews, sign up to our newsletters

Eubanks also makes a positive impact on those around him. He is an easygoing guy who is always open to conversation, whether about his Atlanta Braves and Atlanta Hawks or anything else. A word Eubanks used, jovial, is accurate to describe him.

The American will hope to use that to his advantage against Ruud. Regardless of what happens, Eubanks is trying to keep the opportunity in perspective.

“[It is] also realising that I’m hoping to one day be playing in a lot bigger tournaments, or a lot bigger matches than just the first round of a Masters. Hopefully one day it will be the fourth round, the quarter, the semis, and just work my way through the entire draw,” Eubanks said. “Keeping that perspective of saying, ‘I think there are bigger things ahead’, just kind of allows me to stay fuelled and stay motivated to keep working hard and doing what I have to do.”

The former Georgia Tech star does not have a particular goal in mind moving forward. Instead, he is trying to get the best out of himself every day. That will start with solely focusing on the task at hand — attempting to claim his maiden Top 10 win on Saturday.

“I just want to be the best player I can be. I’m not really trying to compare myself to anybody. I’m not trying to do anything like anyone else,” Eubanks said. “Whatever my peak and my best tennis can be, I just want to be able to play that and I can be more than happy to live with whatever result that is.”