As the 2001 season progressed, Lleyton Hewitt and his good mate Patrick Rafter talked about it a lot. Wouldn’t it be something, the Australians constantly asked each other, if both qualified for the ATP Tennis Masters Cup, to be played for the first (and only) time in Sydney?

Rafter, born in Mount Isa, Queensland, had made the final eight in 1997 after his breakthrough victory at the US Open. Hewitt, from Adelaide, had qualified the year before in Lisbon but fell in the round-robin stage.

Sure enough, two decades ago, it came to pass.

“Being able to play in our backyard,” Hewitt told ATPTour.com, “was a massive achievement for both of us”.

What they didn’t anticipate: Playing each other in a match laced with all kinds of historic repercussions, for Hewitt was attempting to become the youngest ATP No. 1 ever.

He was still only 19 at the start of the year when he won the Adidas International tournament in Sydney. Two more victories, at Queen’s Club and ‘s-Hertogenbosch, laid the foundation for the biggest win of his burgeoning career, at the 2001 US Open. Hewitt knocked off former world No. 1 Yevgeny Kafelnikov in the semi-finals and, in what felt like a transitional moment, four-time champion Pete Sampras in the final. He went on to win his fifth title of the year in Tokyo. His 77 match wins – including a winning streak of 17 – led all year-end participants.

“Throughout that whole year I hadn’t focused on getting to World No. 1 at all,” Hewitt remembered. “It hadn’t crossed my mind, not even winning a Grand Slam. Then the US Open came along and I played fantastic to put myself in a position, finished the year off really strongly as well.

“Then all of a sudden, going into my home end-of-season Masters Cup.”

The city was excited, too, fresh off its time in the global spotlight a year earlier with the staging of the 2000 Olympic Games. The Sydney Superdome, a 17,000-seat venue that had hosted both gymnastics and basketball competitions, would welcome the world’s best tennis players.

Hewitt was seeded No. 2, behind defending champion Gustavo Kuerten and ahead of No. 3 Andre Agassi. All three athletes found themselves in position to finish as year-end No. 1. The pressure Hewitt felt, playing at home with so much at stake, was enormous.

“Yeah, absolutely,” he said. “It was basically in each of our control. If we went out and won the Masters Cup at the time we would finish No. 1.” 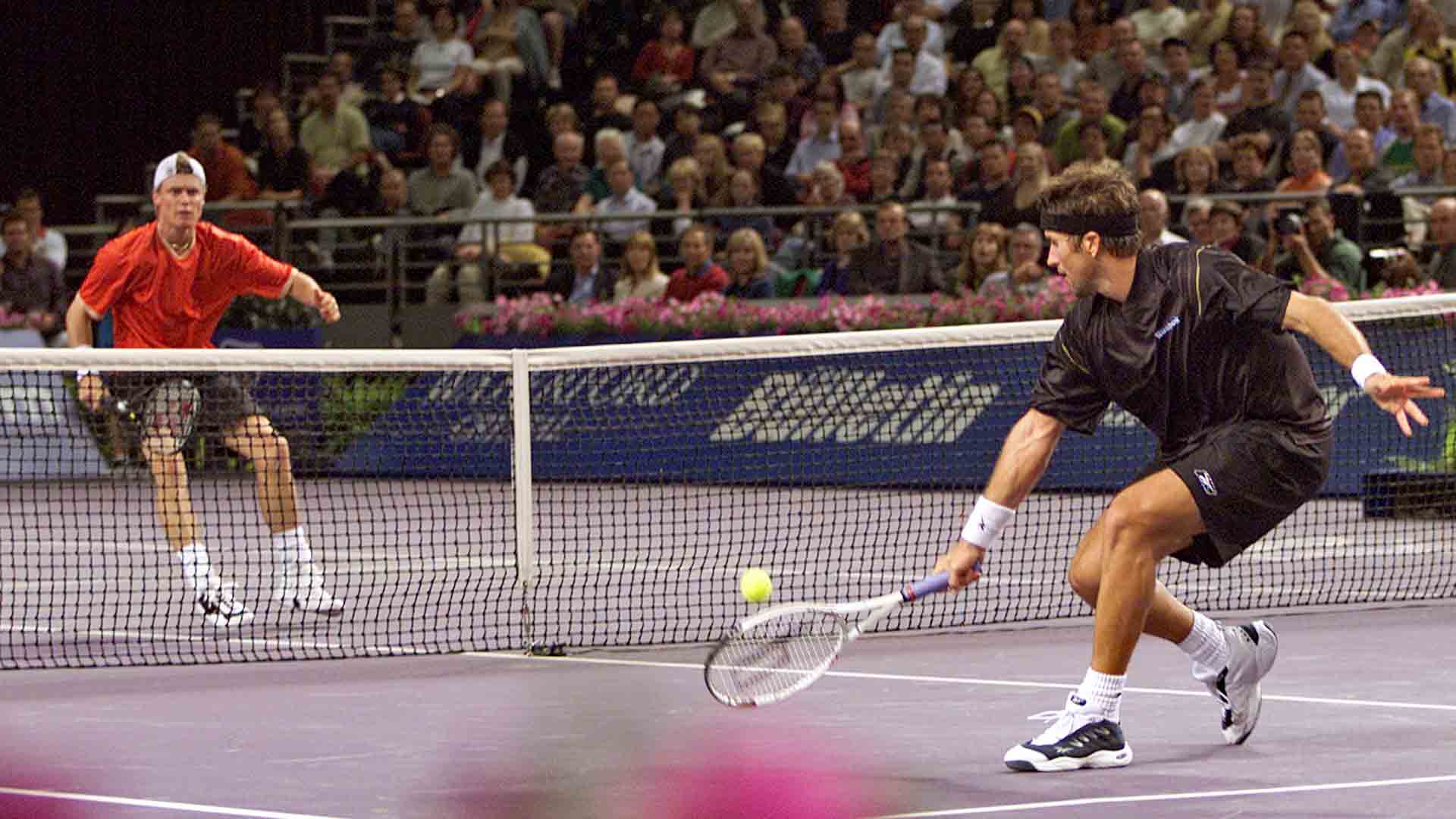 That pressure was evident when Hewitt dropped the initial set of his first round-robin match against Sebastien Grosjean of France. But he quickly rallied with a 3-6, 6-2, 6-3 result. He followed that up with an important and emphatic 6-3, 6-4 win over Agassi.

Between them, Agassi and Kuerten were in the process of collectively winning a single match, which set up a surprising scenario. If Hewitt, who was already guaranteed to go through to the semi-finals, won his third round-robin match on a Friday night – against Rafter, of all people – he would clinch the year-end No. 1 FedEx ATP Ranking.

“It all sort of changed all of a sudden,” Hewitt said. “And so for me it was a weird feeling. We were pairing up a week later to play the Davis Cup final.”

Rafter, at 29, was like an older brother to Hewitt. Still, the younger sibling – who entered the court to the theme from the movie “Rocky” – prevailed in a relatively straightforward match, 7-5, 6-2. At 20 years, 8 months and 26 days, Hewitt was one month and one day younger than Marat Safin, when a year earlier he became the youngest ATP No. 1. The first Australian to finish as the year-end No. 1, Hewitt also surpassed Jimmy Connors (1974) as the youngest year-end No. 1 ever.

“It was a surreal feeling,” Hewitt said. “Looking back on it, I wouldn’t have wanted it any other way. To have shared that experience [with Rafter] and that moment with him, a former No. 1, in Sydney as well.” 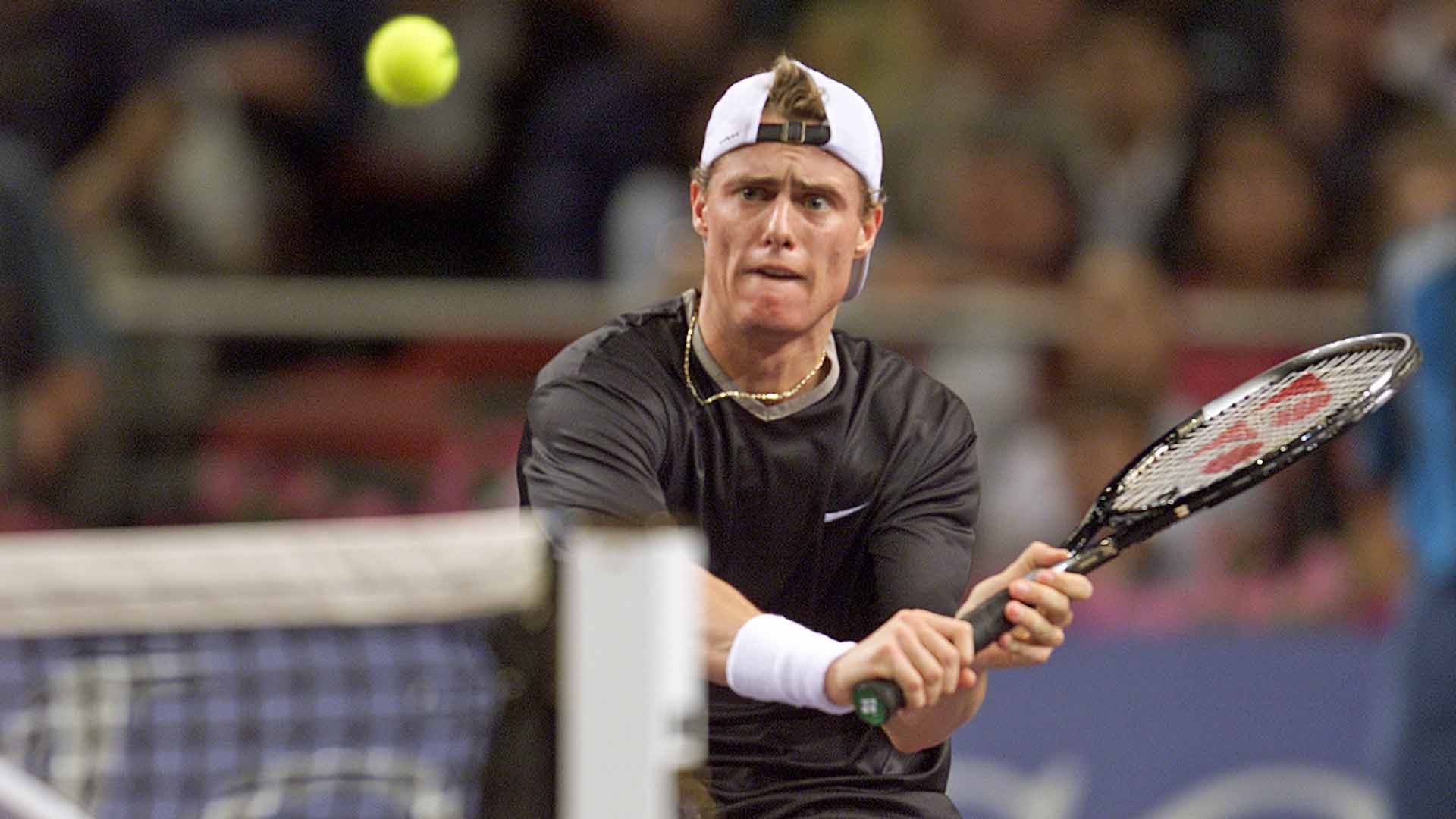 Hewitt handled Juan Carlos Ferrero in the semi-finals and faced Grosjean again in the final. As it turned out, that dropped set in the round-robin match was the only one Hewitt suffered all week long. Relaxed, without the pressure of playing for No. 1, Hewitt was a 6-3, 6-3, 6-4 winner. A strained hamstring actually encouraged him to play a little more aggressively than usual. He was the first undefeated year-end champion since German Michael Stich won eight years earlier in Frankfurt.

“It feels great,” he said. “For me there was always the opportunity of playing for Australia, winning the Davis Cup, getting to the pinnacle of our sport and holding up a Grand Slam. Within a few years I was able to have all of them.”

Hewitt loved nothing more than wearing the green and gold of Australia. He helped his country to Davis Cup wins in 1999 and 2003, and led them to the finals in 2000 and 2001. He remains the Australian’s all-time leader with 41 ties and 58 singles match wins. Hewitt would win Wimbledon in 2002 and cap his phenomenal season with another Tennis Masters Cup trophy in Shanghai – and a second consecutive year-end No. 1 ranking as well.

“I felt like I got better and better as the week went on,” Hewitt said. “It really was a massive dream. Playing in Sydney, to not only claim the No. 1, but doing so in your home country and going on to win the Masters Cup. It was very satisfying to know that all the hard work and sacrifices pay off.”