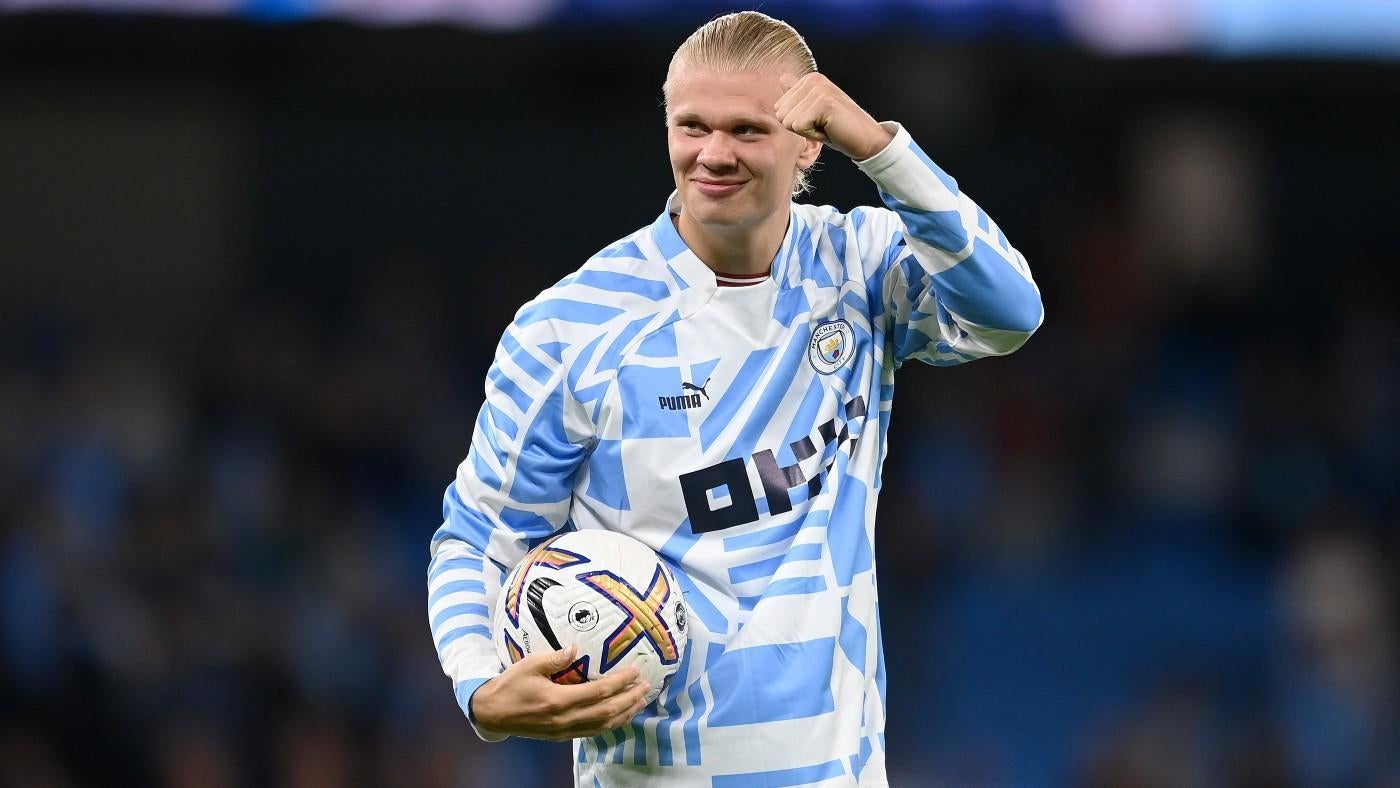 Another game, another hat trick for Erling Haaland as he takes no time to adjust to the Premier League with Manchester City. Nottingham Forest didn’t know what hit them as within 38 minutes Haaland had all of his goals in a 6-0 route of The Tricky Trees. Haaland now has a hat trick in back-to-back games after doing the same against Crystal Palace over the weekend. While Forest wouldn’t have expected to get much from this game, it has to be demoralizing for new signings like Renan Lodi and Remo Freuler for this to be their first experience with the team, getting a rude welcome to the English top flight.

But it wasn’t a solo performance for Haaland as fellow new signing Julian Alvarez also bagged a brace on the day, but the Norwegian marksman only needed 16 touches to secure his hat trick.

In five Premier League games, Haaland already has nine goals as he looks like the runaway favorite for the golden boot this season. His nine goals set a new Premier League record through a player’s first five games, breaking the mark of Sergio Aguero and Mick Quinn of eight, according to Opta.

Last season Pep Guardiola sought a striker to put fear into the heart of defenses and it seems like he may have actually gotten two in Haaland and Alvarez, the latter joining from River Plate in his native Argentina. With every touch, Haaland, who joined over the summer from Dortmund, looks to fire the ball into the back of the net with as much force as possible and defenses don’t know what to do.

As selfless as he is selfish, Haaland doesn’t try to take shots that are outside his means, knowing that the team around him is good enough to get the ball back to him in excellent spaces to score. Surrounded by so much talent, the trust factor is important as a new signing, and after the team didn’t know how to best get the ball to him in the Community Shield loss to Liverpool, they’ve figured things out by now.

Haaland has put 75% of his shots on target and is in a three-way tie with Anthony Gordon and Aleksandar Mitrović for the most shots on target in the league with 12. While we’re still dealing with small sample sizes as Haaland has only played 395 Premier League minutes, it’s also important to remember that he’s only 22 years old. His xG of 5.34 is almost two goals more than anyone else in the league, and this is with five players scoring four or more goals to start the season.

With a date with Sevilla on Sep. 6 to kick off Manchester City’s Champions League campaign looms, this should be music to Guardiola’s ears. While Premier League dominance for Haaland is good, last season showed that Manchester City doesn’t need a true striker to win the league. The depth within the team is too much for most of the league to keep up with, and even with Arsenal currently unbeaten and in first by two points, the expectation is that Manchester City will overtake the Gunners and end the season with another Premier League title.

Haaland was purchased for the wins on European nights that have eluded Guardiola since he came to Manchester in July of 2016. More than 350 matches later, Guardiola has won everything but a Champions League title with City. His last Champions League trophy was more than ten years ago when he was in charge of Barcelona, and he needs another with Manchester City to cement his legacy at the English club. Haaland’s performances will be critical in UCL, so these Premier League games can almost be viewed as a preseason for him to get his feet wet.

It’s a “preseason test” that Haaland is passing with flying colors, but even if he wins the golden boot, everything will be judged on those European nights. If City can finally get over the hump, and there is reason to believe they can now that they have Haaland, they’ll earn their place among the world’s elite.