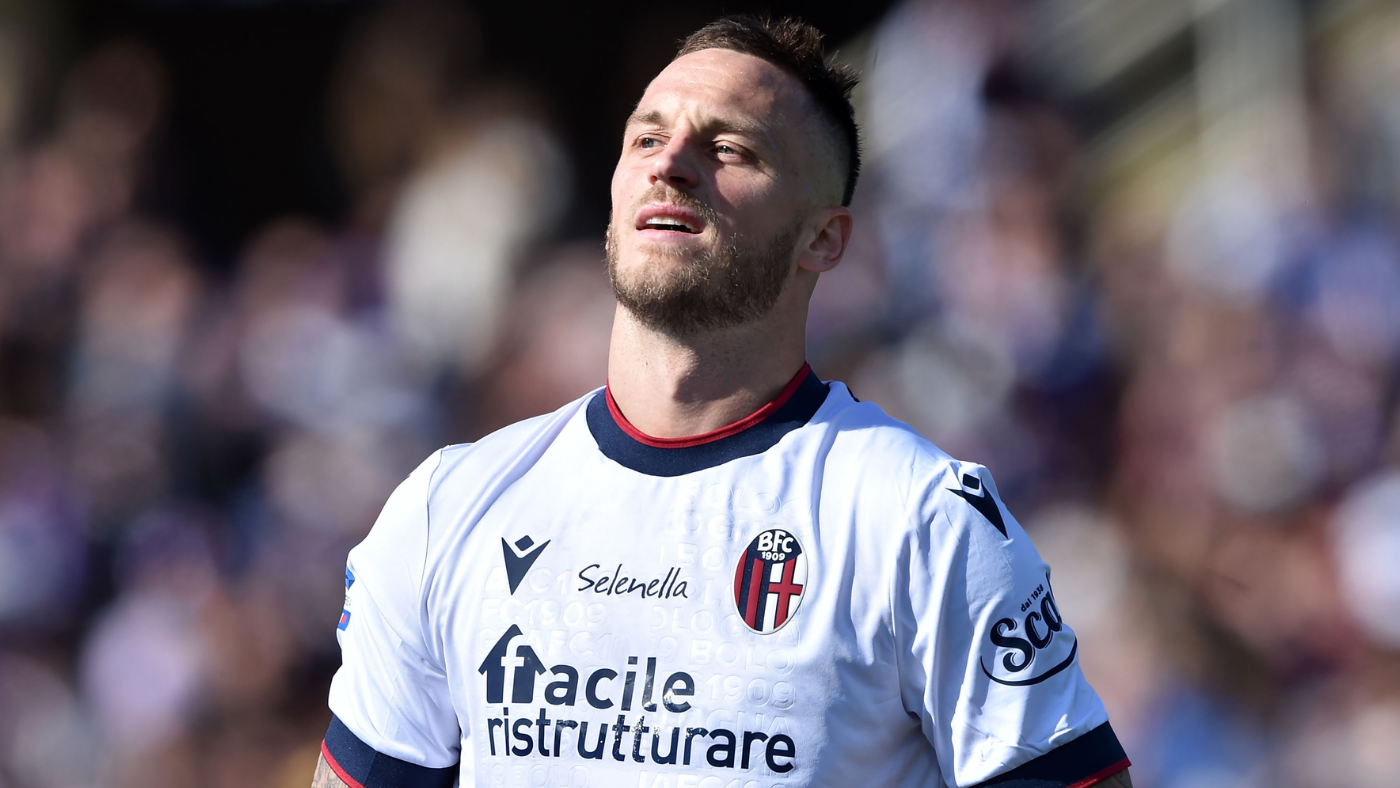 Manchester United need a striker. Marko Arnautovic is a striker. Perhaps that is just about enough for right now at Od Trafford. But, for a club that at the turn of the century could deploy England’s most ferocious strike duo regardless of which of his star studded quartet Sir Alex Ferguson picked, this is quite the comedown.

There was nothing like the smorgasbord of scorers that was Dwight Yorke, Andy Cole, Teddy Sheringham and Ole Gunnar Solskjaer available to Erik Ten Hag on opening day. Even going into the season his options were one player, Cristiano Ronaldo, who doesn’t want to be there and one, Anthony Martial, who United have not wanted to be there for several years now.

Christian Eriksen as the most advanced option in central areas — not really a false nine as he was not moving deep from advanced positions to get the ball but was instead playing more like a traditional number 10 — clearly did not work, but it was hardly like Ten Hag was overloaded with alternatives when he concluded that Ronaldo was not yet fit enough to start given his late arrival at preseason training. He could have asked Bruno Fernandes to do the same thing or perhaps shuffled Marcus Rashford infield from the left, but neither have inspired much confidence of late when asked to lead the line.

The reality is that right now United need someone else who can actually play up front. In the context where what Ten Hag needs is a player who is available now, knows his methods and can be relied upon to settle quickly, Arnautovic is a perfectly serviceable option.

The Austrian worked with the United boss and his assistant Steve McClaren at FC Twente and has nearly 200 Premier League appearances to his name. In each of his last two seasons in the division he hit double figures, and shone after David Moyes repurposed him into a striker. Since returning to Europe after a spell in China he has continued to score and registered 15 for Bologna last season. They have rejected a bid of £7.6million, but that is not expected to be the end of the matter. United want him and his agent and brother Danijel has made plain his motivation to get a deal done, telling Austrian media that he is “in contact with Bologna to see if that [offer] can be realized”.

Arnautovic may well come in and do a job for United this season, he could certainly be relied on to get a few more goals than playing with no real striker at all. But what about at the start of 2023-24 when Ten Hag and company are back where they started this one, still on the lookout for their striker of the future but with another veteran taking up space in the squad and on the wage bill? Every club has cause to plug gaps with whatever scraps they can pick up in the late summer or January market, but few do so as frequently as United.

Should Arnautovic arrive he will be the sixth short term addition United have made to their forward line in the last eight years. Zlatan Ibrahimovic and Cristiano Ronaldo brought some of the luster of ageing stars whose box office hits were mostly in the rear view mirror, Edinson Cavani was a sage guide to the Old Trafford youth movement before being unceremoniously bumped down the pecking order and stripped of his No.7 shirt to make room for Ronaldo. Odion Ighalo and Radamel Falcao indisputably played football for Manchester United.

It was hardly news to the Glazers, football director John Murtogh or Ten Hag this summer that they might be light on striking options. After all, their plans at the outset of the window did not even include Martial, who was free to move on before an impressive run of form in preseason. Whether it was going to be this summer or the next, Cristiano Ronaldo was going to need replacing. And yet United did nothing, watching targets such as Darwin Nunez slip into the hands of more decisive clubs.

They may end the window with a known commodity, but it is hard not to see settling for Arnautovic as something of a failure of scouting, another example of United getting a player Ten Hag knows rather than coming to him with extensively analyzed options. The likes of Jonathan David, Patrik Schick and Victor Osimhen represent tantalizing unknowns at the Premier League level; they might have a higher probability to flop but the ceiling of these young forwards is far higher than that of a 33 year old. If Arnautovic’s price might theoretically rise to £10m one might reasonably ask whether it is more prudent to pick up someone like Taiwo Awoniyi, for whom Nottingham Forest paid £18m. We haven’t even mentioned Tammy Abraham yet.

Perhaps the best case scenario is that a year from now some of those players are on the market again. Because if recent history has taught us anything it’s that United will find themselves in the same position next summer that they were last summer and have been this summer, nowhere nearer to finding their long term scorer.