Tennis and mathematics may have a few things in common, but for Frenchman Luca Van Assche, they intertwine daily as he makes a rapid rise on the ATP Challenger Tour.

While travelling weekly to tournaments, the 18-year-old remains in school at Paris Dauphine University, where he is a sophomore. The teen is studying math and handles school while away from home.

“I have a lot of homework when I’m on the road, but of course I manage it,” Van Assche told ATPTour.com. “Sometimes it’s difficult to do both. For the moment I’m enjoying doing both so I will continue like this.

“I cannot do online tests, I have to be in Paris. There are like two weeks of exams this year, one week in June and one in January. I study when I’m at home and on Tour, and for the exams I just need to be in Paris.”

The Belgian-born star, who moved to France at age three, enjoyed a late-season surge on the Challenger Tour. In October at the Brest Challenger, Van Assche downed Portuguese Nuno Borges for his first Top-100 victory. It was an emotional, dramatic three-set match that concluded around 1:30 a.m. Van Assche advanced to the final in France, where he fell short to countryman Gregoire Barrere.

After finishing runner-up at the Lisbon, Brest, and Valencia Challengers, Van Assche was even hungrier to capture his maiden title. At his final tournament of the year, the Maia Open, Van Assche rallied from a set down in the championship match to triumph. 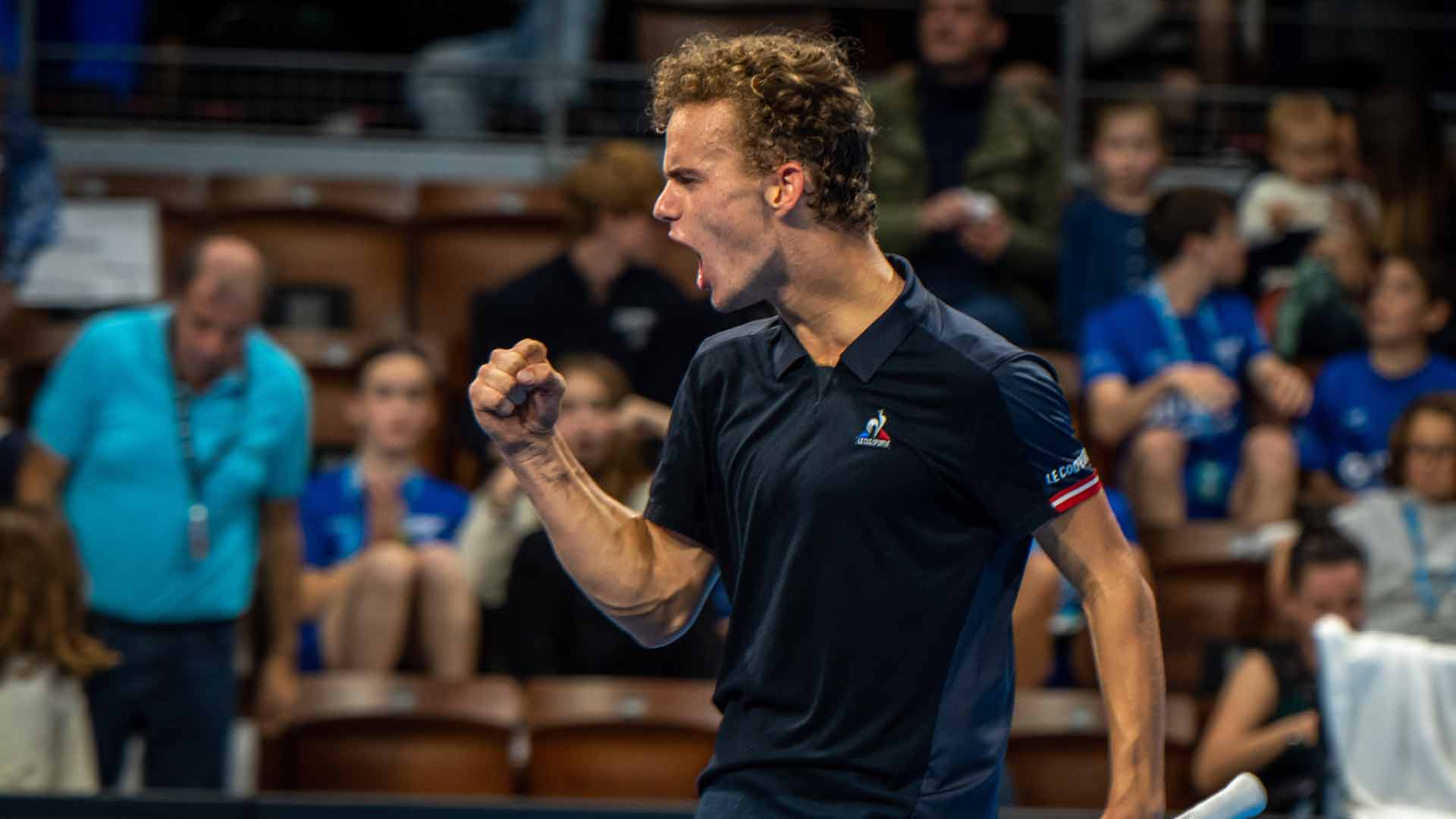 “It was a great week for me, I’m so happy to win,” Van Assche said in his post-match press conference. “When I lost the first set [in the final], I was thinking about it like, ‘I cannot lose four finals!’ I continued to fight and it worked. It was my goal to win a Challenger this year and I did it at the last tournament of the year.”

Now at a career-high 138 in the Pepperstone ATP Rankings, Van Assche is the youngest French player in the Top 200.

Van Assche is one of nine teenage Challenger champions this year and the youngest French winner since Corentin Moutet won the Brest Challenger in 2017. Following Van Assche’s title in Portugal, he joined an exclusive list of French Challenger champions aged 18 and under: Richard Gasquet, Sebastien Grosjean, Gael Monfils, Fabrice Santoro, and Moutet.

“I saw that stat the day after I won the title and those guys are a big inspiration for me and French players,” Van Assche said. “I’m very proud to be in that group and I want to have a big career like them.” 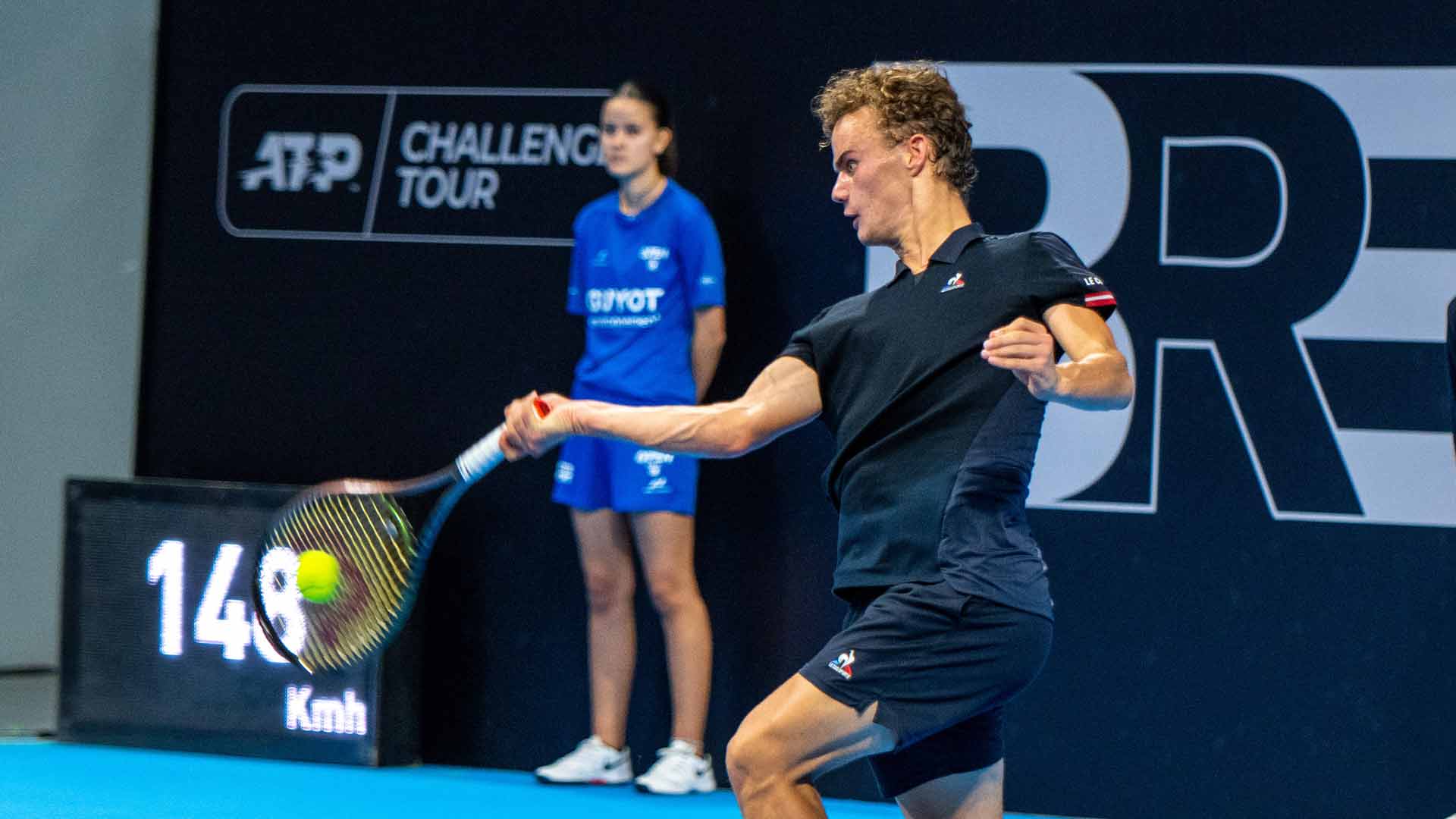 The #NextGenATP youngster has made quick progress in the early stages of his career. One of his most memorable moments came at Roland Garros in 2021, when Van Assche won the boys’ singles title, where he defeated his countryman and close friend Arthur Fils in the final.

“Winning the Roland Garros juniors title was very special to me,” Van Assche said. “I live in Paris, so it was home. I had my family and loved ones there. I could leave my junior career very happy, I was so proud.

“There were four French players in the semi-finals of the Roland Garros boys’ singles that year, it was very cool for us. I hope that the future of French tennis will be very good.”

Van Assche has many memories to look back on from this year, including making his Tour-level debut at the ATP 250 event in Antwerp, where he pushed Yoshihito Nishioka to a third-set tie-break. The Frenchman finished the season winning nine of his final 10 matches and now looks to build upon his success in 2023.

“My goal is to continue like how I ended the year, with a lot of confidence,” Van Assche said. “I’m just working hard every day and my goal is to be in the Top 100 as soon as possible.”