Australian John Millman is through to the final eight at an ATP 250 tournament in Russia. 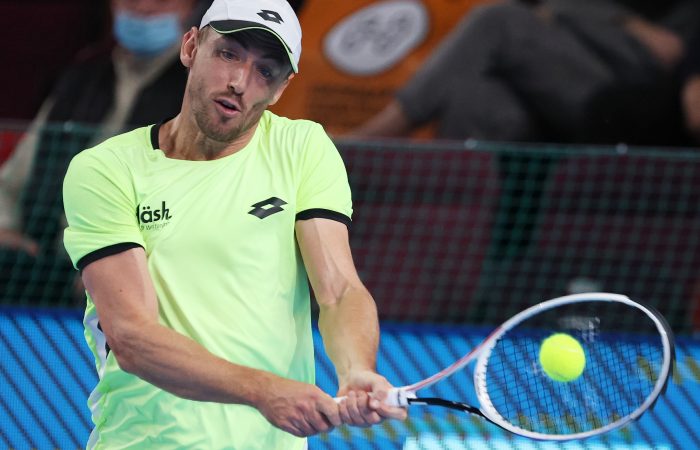 John Millman has booked his place in the Kremlin Cup quarterfinals.

The 32-year-old Australian scored a hard-fought 6-1 5-7 6-4 victory against Ukrainian qualifier Illya Marchenko in second-round action in Moscow, eventually prevailing in a two-hour and 28-minute battle.

Millman made a blistering start, losing only seven points in the opening set. But was forced to dig deep when the No.164-ranked Marchenko fought back to claim the second set.

Millman’s fighting spirit was on show as he extended his winning streak in three-set matches to six and scored his 10th three-set win in total this year.

It propels the world No.58 into his fifth ATP quarterfinal of the season, where he’ll face Russian hope Karen Khachanov.

The third-seeded Khachanov fought back from a slow start to beat Australian James Duckworth 3-6 6-3 6-1 in the second round.

Ajla Tomljanovic also lost in the second round in the women’s singles competition – but the 28-year-old Australian did extend world No.2 Aryna Sabalenka to three sets.

The top-seeded Belarusian recorded a 7-6(2) 4-6 6-1 win against the gallant Tomljanovic.

Australia’s winless run continues at the European Open in Antwerp, with Matt Reid and Monaco’s Romain Arneodo exiting in the men’s doubles competition.

Malisse is the 41-year-old Belgian coach of Harris and this is his first tour-level match – and victory – in eight years.