Australian players John Millman and Alex de Minaur will meet in the second round at the ATP Masters 1000 tournament at Indian Wells. 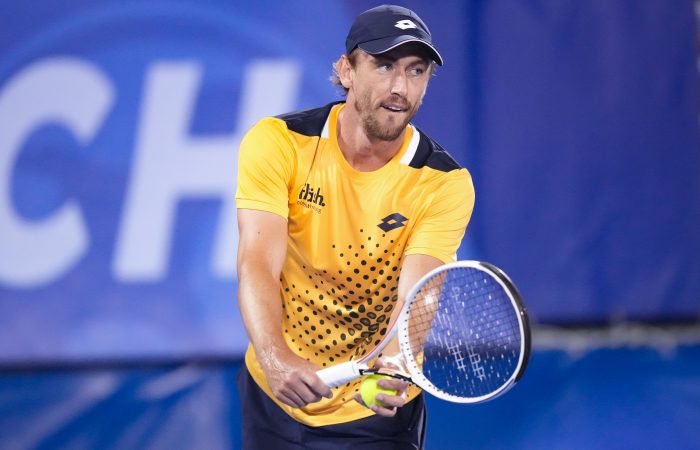 John Millman has made the most of a lucky loser spot in the Indian Wells men’s singles draw, defeating world No.58 Jan-Lennard Struff in first-round action today.

The 32-year-old Australian, a late addition when Belarusian Ilya Ivashka withdrew from the tournament earlier today, posted a 7-6(6) 6-4 victory against Struff.

It propels world No.77 Millman into a second-round showdown with compatriot and good friend Alex de Minaur.

World No.31 De Minaur, who received a first-round bye, has won all three of their previous tour-level meetings.

Jordan Thompson continued the winning run for Australian players in the Californian desert, scoring a hard-fought victory against Belgium’s David Goffin. The 27-year-old Aussie recorded a 4-6 7-5 7-6(3) first-round win against the former world No.7.

Thompson gallantly recovered from a 4-6 1-3 deficit, charging back to win the two-hour and 44-minute battle and book a second-round meeting with No.33 seed Grigor Dimitrov.

Thanasi Kokkinakis and Nick Kyrgios also enjoyed a successful doubles reunion. Contesting their first tournament together since sensationally claiming the Australian Open title in January, the Special K’s posted a 7-5 1-6 [10-2] win against world No.22 Ivan Dodig and world No.41 Marcelo Melo.

Tomljanovic is still alive in the doubles draw, where she is teaming up with Greece’s Maria Sakkari. The duo recorded a three-set victory in the opening round today.