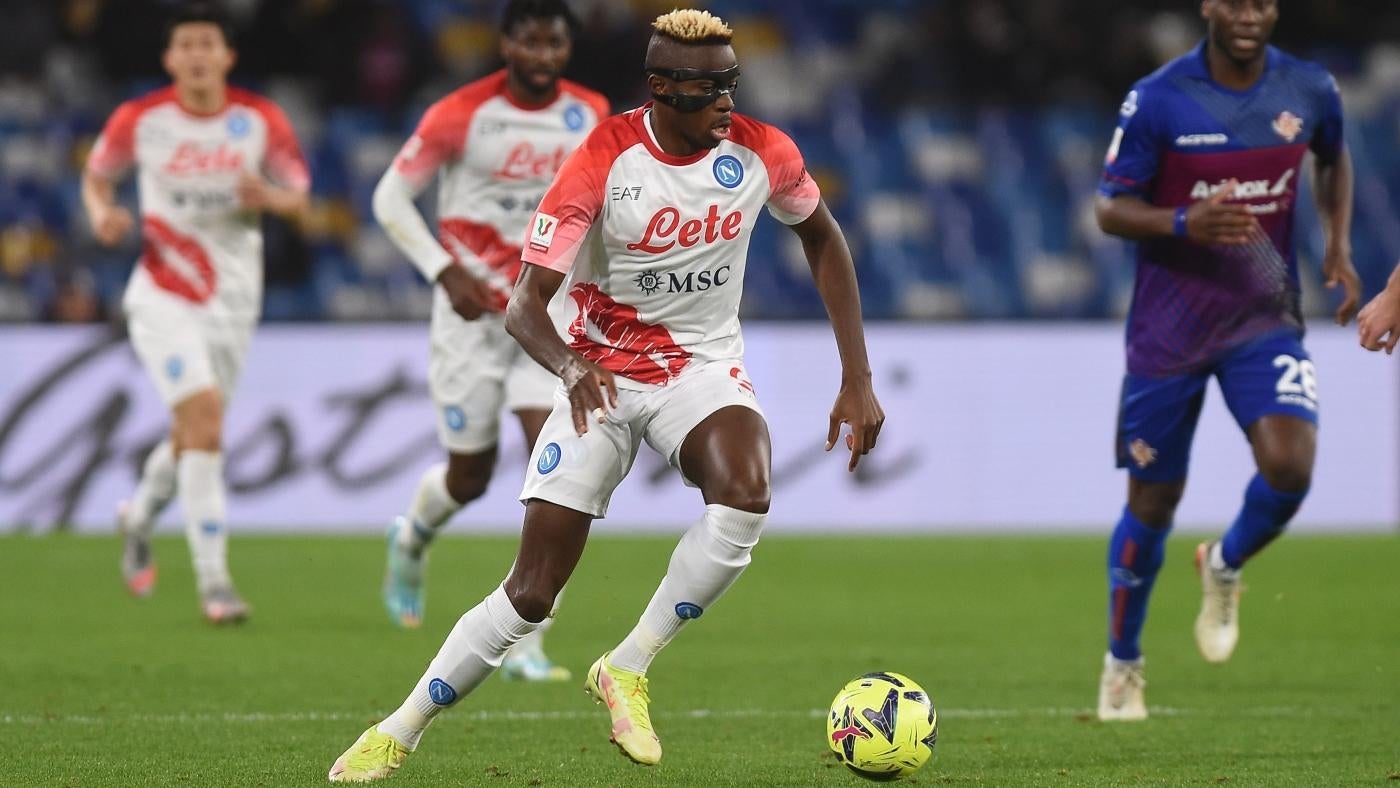 Napoli look to keep their dominant Italian Serie A season rolling this weekend as they travel to face a reeling Salernitana squad this Saturday on Paramount+. Victor Osimhen and company suffered their first loss of the season coming out of the World Cup break, but they are back to their winning ways and gave themselves some cushion at the top of the Serie A table after an amazing 5-1 win against defensive juggernaut Juventus. Meanwhile, Salernitana are hovering above the relegation zone having lost four of their last five matches, plus having their manager sacked after an 8-2 loss to Atalanta only for him to be rehired 48 hours later. You can see what happens when you stream the match now on Paramount+, which you can try free for 30 days when you use code SERIEA now until 1/31/23.

Kickoff from Stadio Arechi in Salerno, Italy is set for noon ET on Saturday. The latest Salernitana vs. Napoli odds from Caesars Sportsbook list Napoli as the -370 favorites (risk $370 to win $100) on the 90-minute money line, with Salernitana as the +900 underdogs. A draw is priced at +470 and the over/under for total goals is 3.5. Saturday’s match will be streamed live on Paramount+ with their must-have Premium plan, which you can try free for 30 days when you use promo code SERIEA to sign up. Offer expires 1/31/23.

Paramount+ is the only place to watch every minute of every Serie A match this season. A subscription also gives you access to other sports content including the UEFA Champions League and Europa League, NWSL, NFL on CBS, and countless movies and shows. You can get 30 days free when you use promo code SERIEA, so sign up right here.

How to watch Napoli vs. Salernitana

Italian Serie A picks for Napoli vs. Salernitana

Before tuning into Saturday’s match, you need to see the Italian Serie A picks from SportsLine soccer expert Brandt Sutton. Sutton, a former collegiate soccer player, has been SportsLine’s top soccer editor for more than five years. He has followed soccer closely for much longer and factors in managerial tactics, projected lineups and past performances to make the most-informed decisions possible, keeping his finger on the pulse of the game all over the globe. Sutton finished 2022 as SportsLine’s top soccer expert with a 165-130-2 mark, returning nearly $2,200 for $100 players. He also excelled in Serie A with a 63-39-1 mark, returning nearly $1,600.

For Salernitana vs. Napoli, Sutton is picking the visitors for a -125 payout (risk $125 to win $100). This lopsided matchup features the team with the most goals scored in Italian Serie A (44) versus a team that has conceded the most goals in the league (35). Napoli have also scored at least two goals over their last five matches, so they should be able to build a healthy lead against a struggling team.

The expert also notes that Napoli should be able to get on the board early in Saturday’s match.

“In Salernitana’s 2-1 setback at home against AC Milan on Jan. 4, the home side gave up two goals in the first 15 minutes, and I expect Napoli will want to establish an early lead in this matchup,” Sutton told SportsLine. Stream the game here.

How to watch, live stream Italian Serie A on Paramount+

Now that you know what to pick, get ready to watch Italian Serie A. Visit Paramount+ now to see Italian Serie A, your live local CBS sporting events, some of the world’s top soccer matchups and much more, with 30 days free when you use promo code SERIEA now until 1/31/23.