LAS VEGAS — For the first time in its 71-year history, the NFL’s Pro Bowl is setting up shop in a city built on gambling and excess.

Indeed, the game taking place at the corner of Dean Martin Drive and Al Davis Way at the Raiders‘ Allegiant Stadium not only represents a newly forged marriage between the league and one of its longtime maverick franchises, but a partnership between the NFL and the home of legalized gambling. While it wasn’t that long ago that Las Vegas was not allowed to advertise itself as a tourist destination on Super Bowl broadcasts, the Pro Bowl is the first in a trilogy of events for the gambling mecca over the next two years, with the NFL draft taking place on the Strip in April, and Super Bowl LVIII here in 2024. 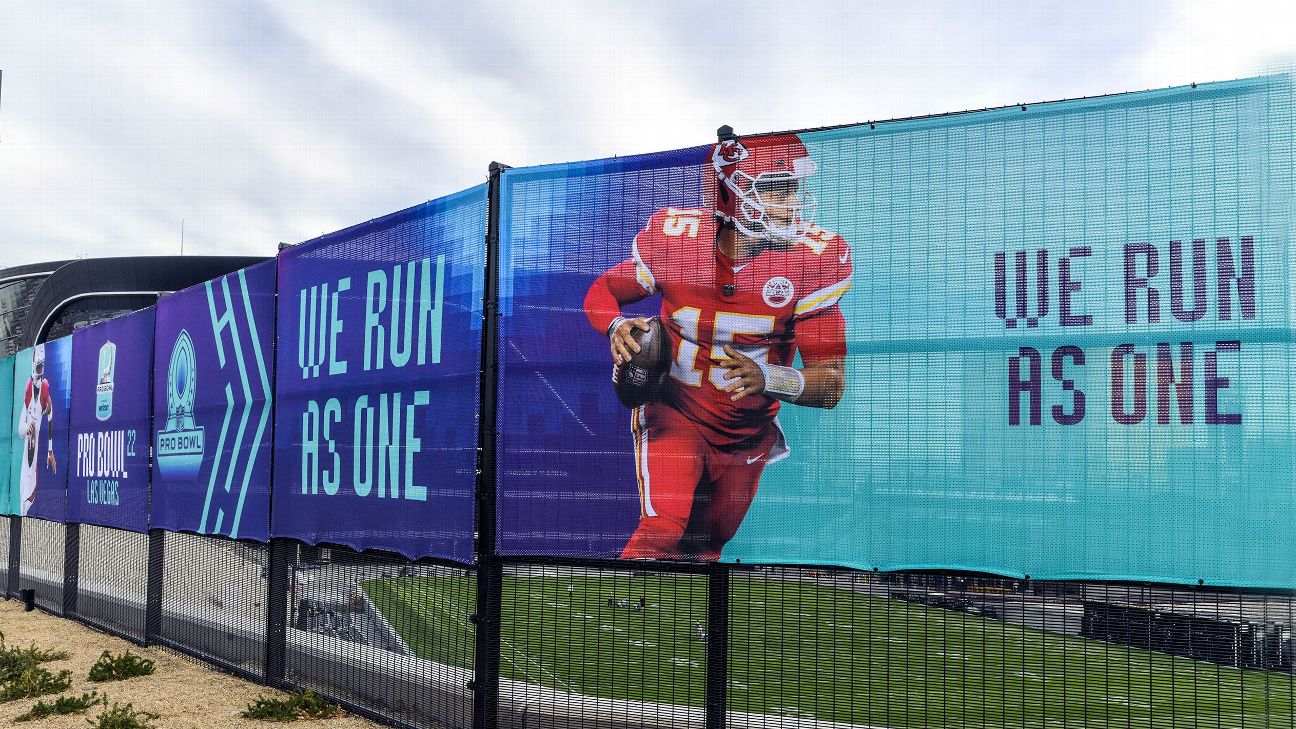 The Pro Bowl will be held on Sunday, Feb. 6 at Allegiant Stadium in Las Vegas at 3 p.m. ET., on ESPN.
• First leg of Vegas’ NFL parlay
• What it means to first-timers
• Who were the snubs and surprises
• Crosby’s emotional journey
• Meet Pitts’ cleat artist

Stars and potential future Hall of Fame quarterbacks such as the Seattle Seahawks‘ Russell Wilson and the Kansas City Chiefs‘ Patrick Mahomes will face off in the exhibition, which is more friendly farce than competitive game. And yet: “I was asking [AFC coach Mike] Vrabel yesterday what the sack record was, and seeing if I could go get that,” Raiders defensive end Maxx Crosby said with a laugh. “But usually it’s all about fun and learning and meeting new people. But the game, I think we’ll just go with the flow, see how it’s going.

“But I just know one speed so, we’ll see … it’s incredible being here in Vegas, the best city in the world, so we’re having fun.”