Andy Murray did not have a match Thursday at the Infosys Hall of Fame Open. The former World No. 1 enjoyed a nice surprise in Newport, though. After finishing his practice, the Scot met Minnesota Vikings quarterback Kirk Cousins.

“I admire your grit,” Cousins told Murray as they shook hands.

The star quarterback later told ATPTour.com: “That’s the word that comes to mind when I think of him: his grit, toughness, the ability to come back from injury. Tennis is already mentally [difficult] as a singles player, you’re on your own. Matches can get long, you need to dig deep. It can be mentally and emotionally heartbreaking.

“The way he’s handled not only his career, but individual matches, it is inspiring to watch and kind of helps me with what I’m doing.”

Cousins is known for throwing a football, earning three appearances in the Pro Bowl. But since he was young, he has been a fan of tennis. On Thursday, he played on a practice court at the International Tennis Hall of Fame.

“I love the sport. I was looking for a way to train in the offseason and not just do boring training, but do something fun. Thought about pickup basketball, but was concerned about the risk of injury, so ended up doing tennis and just fell in love with it,” Cousins said. “Didn’t realise just how much it would carry over to playing quarterback. Can’t get enough of it. That’s why I’m here in Newport today.” 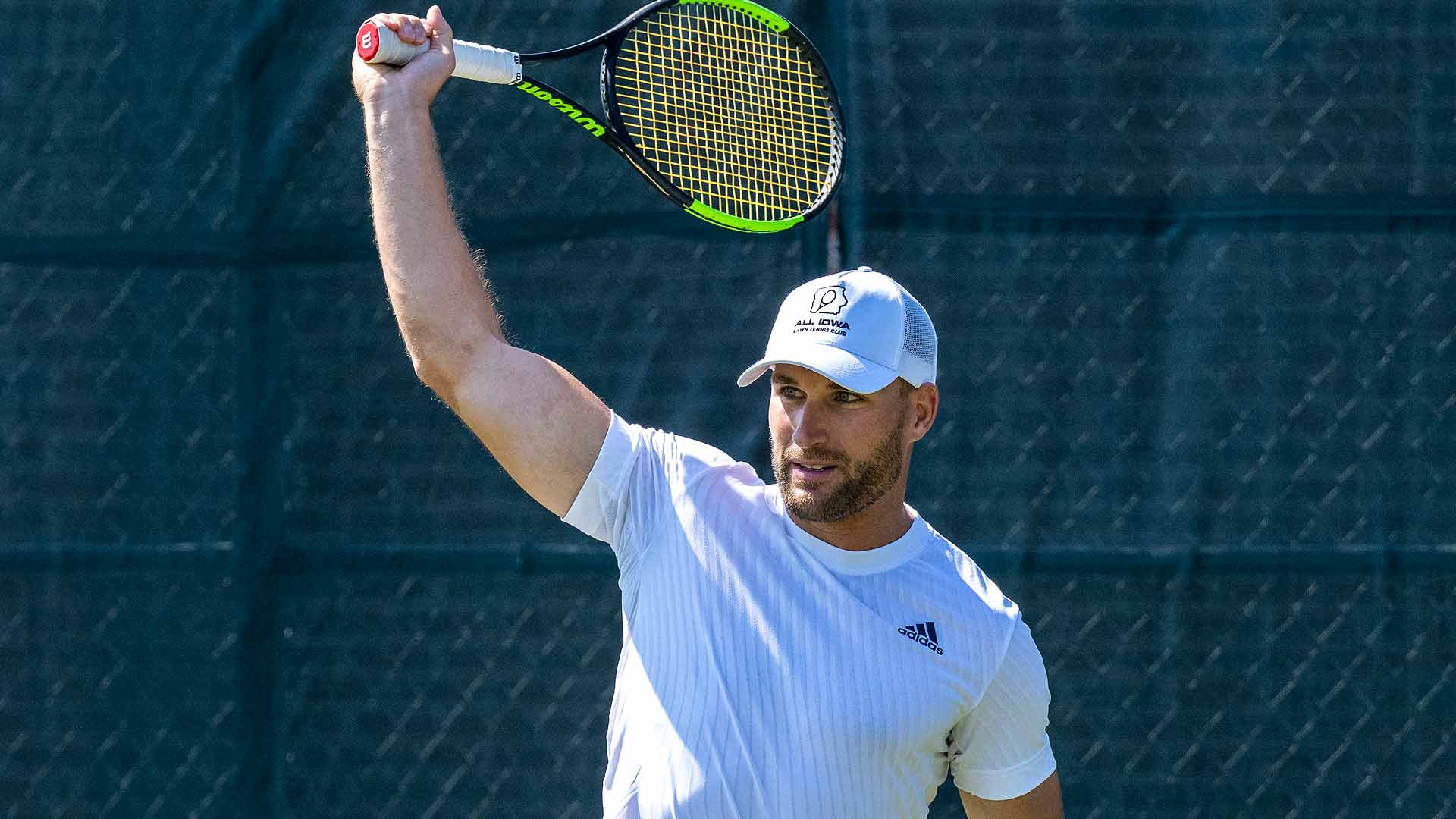 Photo Credit: Ben Solomon/International Tennis Hall of Fame
Growing up, Cousins enjoyed watching Pete Sampras, Andre Agassi, Michael Chang and Todd Martin compete. Someone even told him that Sampras would throw a football during his warmup to imitate a service motion, which further intrigued the quarterback, who increasingly followed the spot.

“As I got older and really got away from tennis to focus on football, that was when Federer, Nadal and Djokovic made their rise,” Cousins said. “Now as I’m getting into it, those guys are getting a little older and so it’s been fun to see some of the younger names start to make a run.”

Cousins tries to learn from the likes of the ‘Big Three’ and apply those lessons to his own craft. 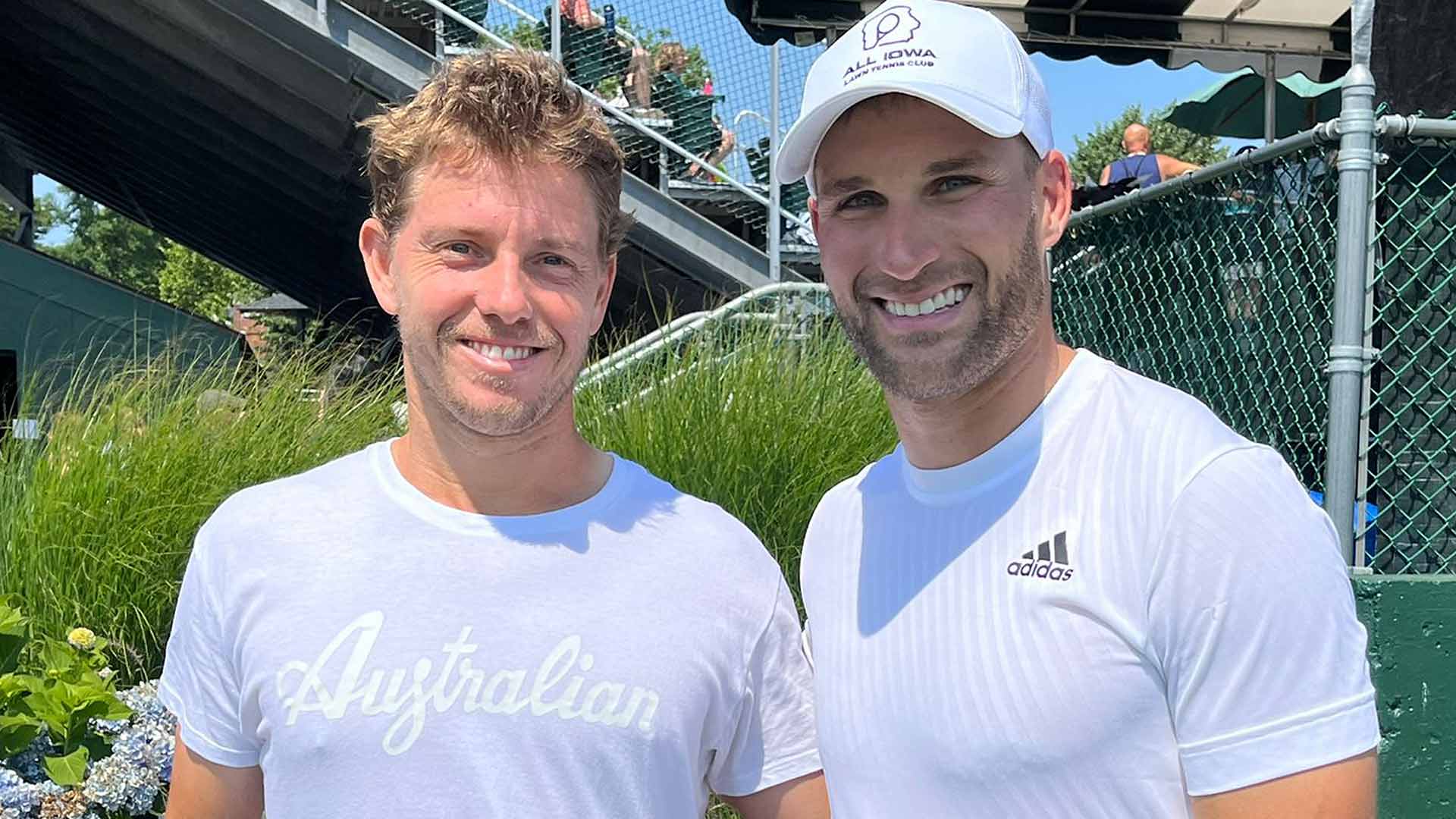 James Duckworth and Kirk Cousins” />
James Duckworth chats with Kirk Cousins in Newport. Photo Credit: ATP
The Viking had fun meeting some of the ATP Tour stars, chatting with Murray as well as John Isner and James Duckworth. It was a special moment for Duckworth, who is a big National Football League fan.

“It was super cool. I was in the gym warming up and came down, [someone] asked, ‘Do you want to meet Kirk Cousins?’ I was like, ‘Of course!’” Duckworth said. “Super nice guy. Watched him heaps, great player. It was just a really cool experience to meet another incredible athlete.”