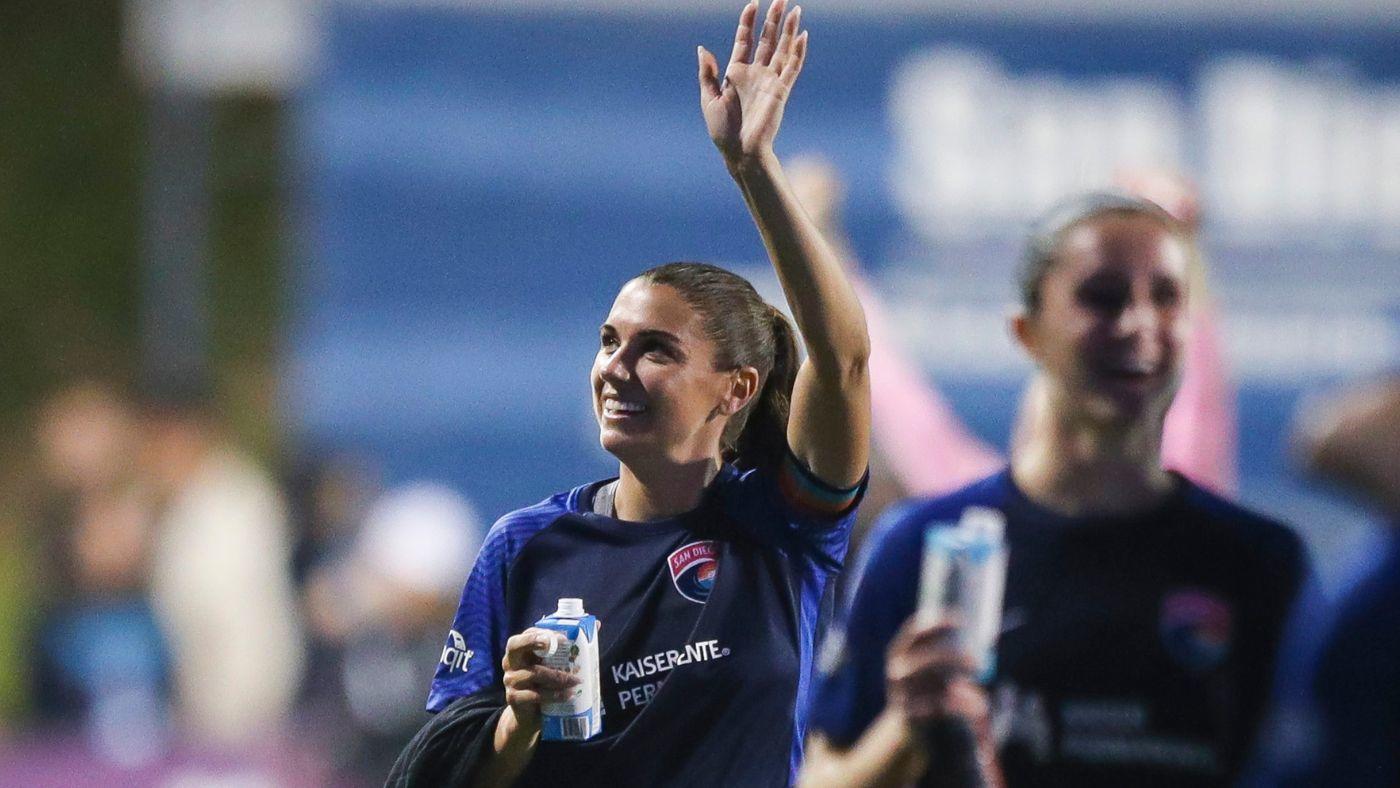 The 2022 NWSL regular season is nearing the home stretch as teams begin to enter the final third of the schedule. That means the playoff picture is starting to take shape as the year winds down. Some teams have climbed into the upper half of the table, while others are eyeing a playoff push. The league table can shift once more as NWSL action continues this weekend. Fans can watch NWSL games on Paramount+.

The top six teams will head to the playoffs, with the first and second seeds earning a first-round bye to the semifinals as hosts. The third and fourth seeds will host the fifth and sixth seed in a quarterfinal round, where the winners will compete in the semifinals for a spot in the 2022 NWSL Championship final.

Let’s take a look at the standings after the latest weekend of action, possible playoff scenarios, and which teams are on the brink of elimination:

Tiebreakers are decided first by greater goal difference across regular season, then most total wins, then most goals scored. There are a possible seven tiebreaker scenarios for teams, and as listed in order

The regular season will have a brief break in play during the international window, with NJ/NY Gotham FC and North Carolina Courage set to play a make up game.

Let’s take a look at the results from the weekend and where to watch the midweek match:

Here’s a final look at the playoff picture as the season continues this weekend:

The Wave had a mixed month of results with two wins and two losses and the team was briefly bumped out of first place. The club closed out the month of August with a convincing 2-0 win against Portland where Alex Morgan scored her 13th goal this season.

The Dash picked up eight points during August and now enter the final stretch of the season in second place on the table. The team is on pace to have their best regular season record to date, and forward Ebony Salmon was key to the team’s success as she scored four goals this month.

The Current are on a remarkable undefeated streak spanning 12 games and the team finally cracked the top three of the standings with a 3-2 win over North Carolina Courage to close out the month. CeCe Kizer continues to be one of the best midseason pickups this year. The forward has scored six goals for the team since her arrival in June.

The Thorns slipped in the standings after closing out the month with back-to-back losses. Head coach Rhian Wilkinson has made some formation adjustments to the team that could keep them unpredictable and benefit them down the final stretch of the season, especially if forward Sophia Smith returns from USWNT camps scoring goals again.

OL Reign close out the month with two consecutive wins but are still in fifth place on the standings. Though there is no change in the table for them from July, individual performances have stood out for the team, as Megan Rapinoe has scored four goals for the club in their last three matches.

The Red Stars closed out their month with a big 4-0 against Racing Louisville FC, reminding the league that their roster is young — and at moments thin due to injury — but capable of picking up crucial results.

Angel City FC, Orlando Pride remain on the outside

The team is undefeated in their last four game and are still on the hunt for a playoff spot. The club closed out their month with a big 3-1 win on the road against Gotham FC thanks to midfielder Cari Roccaro who has scored three goals in the last four games.

After going on a seven-game undefeated streak under interim head coach Seb Hines, the team had their streak snapped in a 2-1 loss against OL Reign to close out the month.

The club picked up two more wins over this month to climb three places in the standings. Rookie Diana Ordoñez has been massive for the club this year and scored six goals in five matches in August.

The team has not won a match since May 22 and closed out their August with a blowout loss against Chicago. The club made a good pick up in Chinese international Wang Shuang, but the team is quickly going nowhere fast.

The Spirit have not had a win since May and closed out their August with their tenth draw of the season. The players also released a statement on the termination of former head coach Kris Ward and are focused on closing out the final five games of their season.

The club suffered their twelfth loss of the season and were given no favors as PRO referees made a horrendous call on a goal. PRO have issued a statement regarding the error.