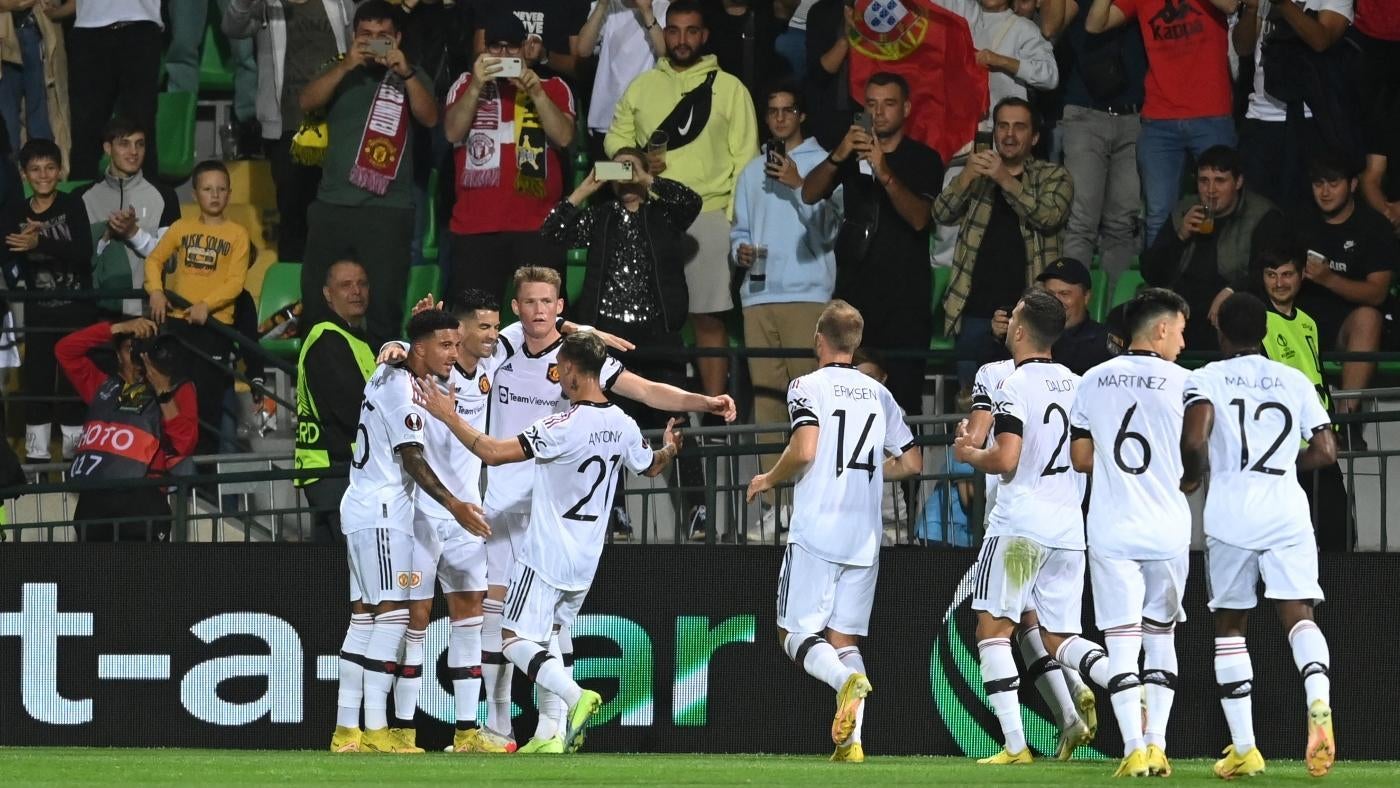 Erik ten Hag and Manchester United will hit the road to take on Cypriot First League squad Omonia Nicosia in a 2022 Europa League group stage match on Thursday on Paramount+. The Red Devils won their last Europa League match 2-0 against Sheriff, but are reeling from a domestic loss over the weekend to hometown rival Manchester City. Meanwhile, the home team is still looking for their first win in tournament play, but should have momentum after winning three of their first five matches in league play. You can catch all the action when you stream the match live on Paramount+.

Kickoff from Tsirio Stadium in Limossal, Cyprus is set for 12:45 p.m. ET. The latest Omonia vs. Manchester United odds from Caesars Sportsbook list Manchester as the -460 favorite on the 90-minute money line, with Omonia as the +1300 underdog. A draw is priced at +500 and the over-under for goals is 2.5. Thursday’s match will be streamed live on Paramount+ with their must-have Premium plan.

Paramount+ now has levels of membership so you can watch the hottest soccer matchups worldwide and much more. The Premium Plan is $9.99 per month and you can watch your local CBS live stream, including plenty of sports like Champions League, Italian Serie A, college hoops, and the PGA Tour, with no ads, on demand and the ability to download episodes for offline viewing. Plus, watch the highly-anticipated series Halo, Picard, 1883, and more. Both plans come with a free week to start and include soccer matches, so sign up now here.

How to watch Manchester United vs. Omonia

Before you tune in to Thursday’s match, you need to see the Omonia vs. Manchester United picks from SportsLine’s soccer insider Brandt Sutton. Sutton, a former collegiate soccer player, has been SportsLine’s top soccer editor for more than five years. He has followed soccer closely for much longer and factors in managerial tactics, projected lineups and past performances to make the most-informed decisions possible, keeping his finger on the pulse of the game all over the globe. Sutton also has been on a roll with his best bets, going 130-95-1 in his soccer picks this year, returning more than $2,000 for $100 bettors.

For Omonia vs. Manchester United, Sutton is picking Manchester to win for a -140 payout. Despite having their ups and downs in the Premier League, the Red Devils have played well in Europa League and have won five of their last six matches on the road. This doesn’t bode well for an Omonia club that hasn’t performed in this tournament at home, including a 3-0 loss to Sheriff on September 8.

“Manchester United conceded six goals over the weekend, so I expect to see a more disciplined approach against Omonia Nicosia,” Sutton told SportsLine. “I think Manchester United comes out and dominates this match from the opening whistle, which results in an easy Red Devils victory.”

How to watch, live stream Manchester United vs. Omonia on Paramount+