Last October, Marc-Andrea Huesler was competing in the Sofia Open final when his opponent, Holger Rune, missed a final forehand return. Huesler tossed his racquet to the side, fell to his knees and buried his head in his hands as he took his bandana off.

When the Swiss lifted his head, he wore a priceless smile stretched wide across his face. Huesler had turned a dream into a reality.

“That was just overwhelming in a sense that you’re completely fufllled by joy. It’s just complete joy and you just get emotional,” Huelser told ATPTour.com. “Also thinking back, when I see videos sometimes looking back I also get emotional pretty fast. It’s something I’ll never forget [in] my life. That’s an amazing experience.”

It was the high point of a breakthrough season for the lefty, who climbed from just inside the Top 200 of the Pepperstone ATP Rankings to the fringe of the Top 50, claimed his first tour-level crown and competed in his first two Grand Slam main draws.

“If you look at it as a whole, a lot has changed, but at the same time I had a whole year and it was always one step at a time,” Huesler said. “[I was] trying not to think too far ahead because you never know how far it will happen. I never thought that I’d be now playing United Cup in position two of Switzerland a year ago, even if it existed. It’s an awesome chance for me.” 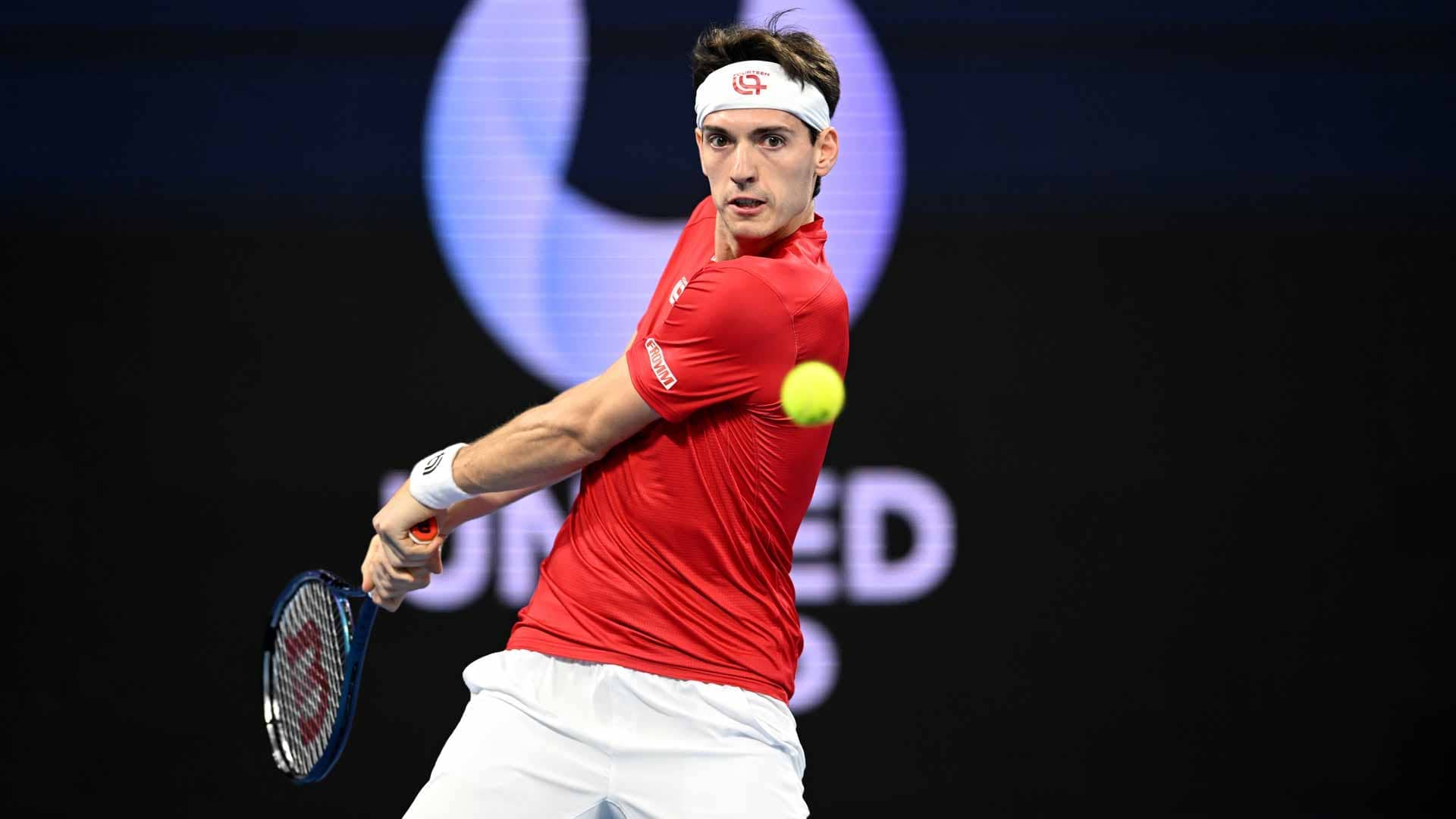 Marc-Andrea Huesler” />
Photo: Tennis Australia
As he said, Huesler is now one of the stars of his country’s United Cup team, which is 1-0 in Group B. A lot of the World No. 56’s success can be credited to his grounded mindset.

“I think as a professional tennis player it’s important that you try to find ways where you feel at ease in uneasy moments or at least try to because you’re not always going to be in a comfortable situation on the court, also in life in general,” Huesler said. “I’m trying new things out over the years and usually the match gets decided in the important points, so it’s important to have a clear mind then, but also be able to accept that if it does not go your way, it does not mean that you did anything wrong necessarily.

“Just try again next time and hopefully keep a stable mindset throughout the whole season.”

Huesler’s biggest moment was his triumph in Bulgaria, but it was far from a one-off moment. The lefty won two ATP Challenger Tour titles in April in Mexico and battled to his second ATP Tour semi-final in August in Winston-Salem.

Despite falling short of winning a main draw match at one of his first two majors, he pushed his opponent to five sets at both Wimbledon and US Open, with the latter match coming against Canadian Denis Shapovalov.

It was a whirlwind of a season, but Huesler is not someone who will allow the success to get to his head. The Swiss is conscious of everything that goes on around him and finds it important to stay grounded.

“Honestly I feel it’s the most important thing. I don’t think I’d [be] happier if I would be higher up the rankings but completely change as a person because every person who has I think achieved good thing in sports still has to stay on the ground because there’s no reason not to respect one another the same way, to feel like you’re something better than someone else,” Huesler said. “I feel like also life on Tour, it’s easy to get lost a little staying in fancy hotels, traveling the best way. [There are] so many people who are doing things in the background that you’re not even aware of, so I think it’s important to be aware of that.”

Huesler even looks out for stray animals. He keeps about a gram of cat food in his bag in case he comes across one during his travels.

“It’s just a small snack basically for cats. You never know [when you might need it],” Huesler said. “It’s been more on the Challenger level I’d say where you’re playing in more remote places and where maybe you also walk to the hotel, you walk through neighbourhoods and there are always stray animals around.

“I just feel like it’s important to take joy in the small things in life. I’m a big cat fan and I just felt like, ‘Why not?’ I had it in my bag because my family has cats. Why not bring a couple along and maybe I can give it to one, who knows, maybe make their day a bit better.”

Although Huesler is doing well as a professional tennis player, he once had dreams of becoming a pilot. As a kid, he liked the sensation of being in the air and loved looking out the window. “I was always amazed with how the airplane can stay up,” he said, cracking a laugh. “To this day I still think it’s pretty amazing because it’s pretty heavy, it manages to stay up and it’s actually a really safe way of travel.”

Huesler at one point enjoyed playing a flight simulator game when he returned home from tournaments to recreate approaches into big cities he had seen from the sky. But for several reasons, including growing to 6’5”, he had to move on from his pilot dreams.

“I started realising what kind of path it takes to become a pilot and also I got older, other interests came up and then it was pretty obvious at one point that I was not going to take that path,” Huesler said. “But I’m still a fan of flying.”