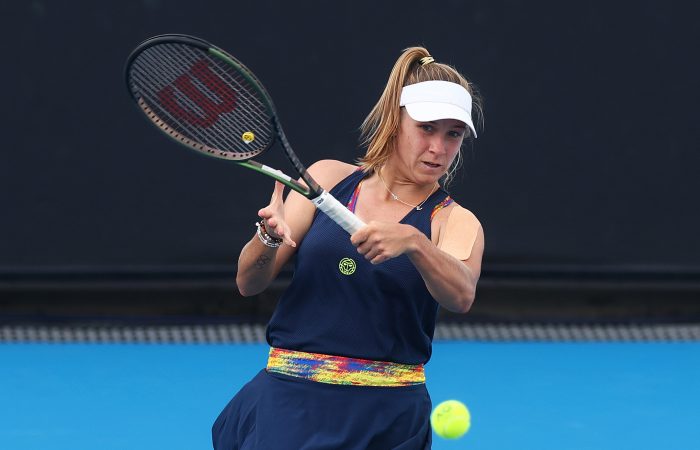 Ellen Perez is the last Australian standing at this week’s Western & Southern Open in Cincinnati.

The 26-year-old Perez and American partner Nicole Melichar-Martinez booked their spot in the women’s doubles final with a 7-5 6-4 victory against sixth seeds Desirae Krawczyk of America and Demi Schuurs of the Netherlands in semifinal action today.

This is a second consecutive WTA 1000 final for unseeded Perez and Melichar-Martinez, following a runners-up finish at Toronto last week. They have now won 11 of their past 14 matches together, including a quarterfinal run at Wimbledon last month.

This effort is set to propel Perez, who is currently ranked No.36, into the world’s top 30 for the first time.

Only one Australian woman has won the Cincinnati doubles title in the past 18 years, with Sam Stosur clinching last year’s crown.

Perez and Melichar-Martinez’s finals opponent will be decided later today.

Tomljanovic had recorded four consecutive three-set wins and scored back-to-back top-20 victories for the first time in her career to reach this stage. However, had no answers today against the big-hitting Czech.

The 29-year-old Australian’s impressive run is still set to be the rewarded, with the world No.63 projected to return to the world’s top 50 in next week’s rankings.