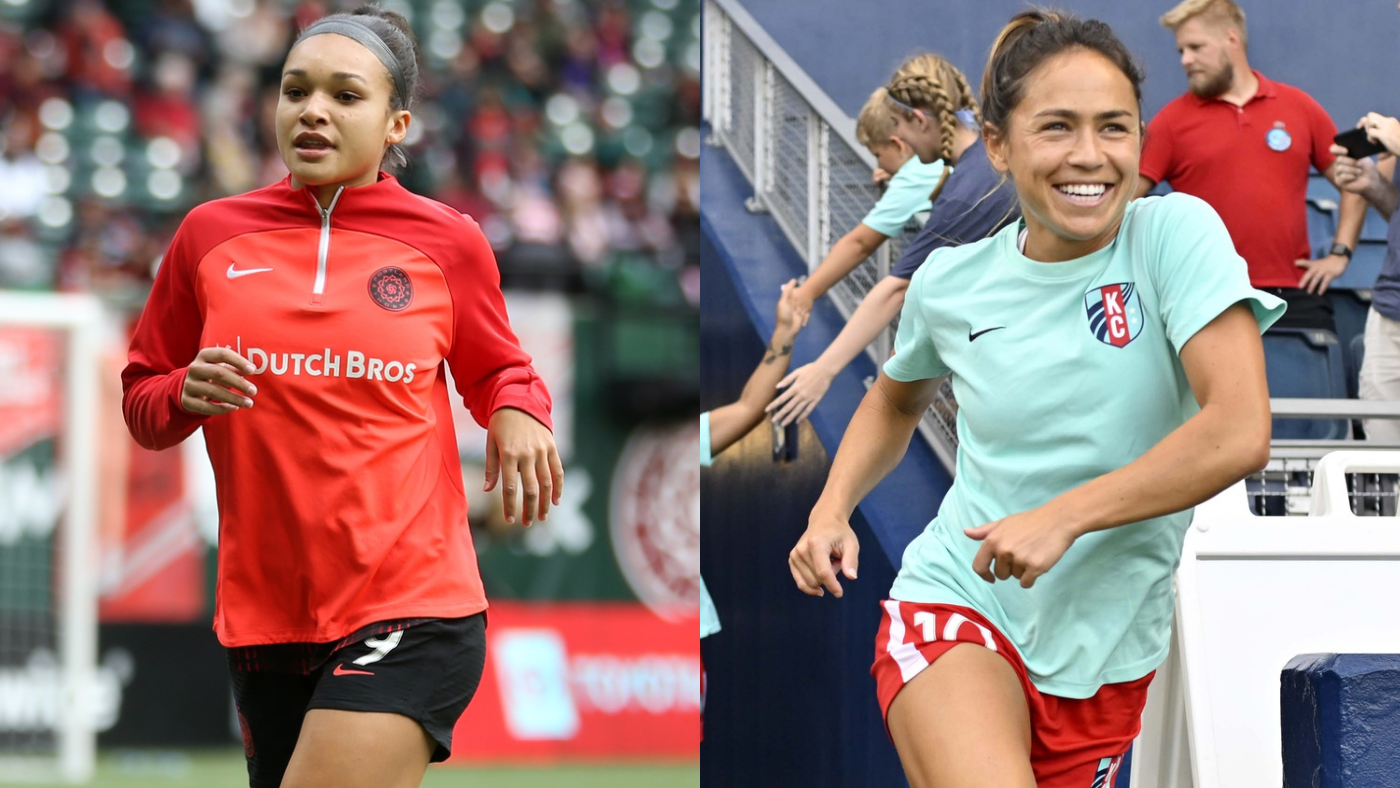 Kickoff is set for 8 p.m. ET on CBS and fans can stream on Paramount+ (Premium). Pregame coverage on Paramount+ begins at 6:30 p.m. ET with Kate Abdo, Midge Purce and Jenny Chiu. The Attacking Third, the podcast devoted to bringing you everything you need to know from women’s soccer, will have postgame coverage carried live on YouTube and on the CBS Sports App following the trophy ceremony, with Angel City defender Ali Riley featured as a special guest.

Here’s how you watch all the action:

Including last year’s Challenge Cup, Portland has won four of its six all-time meetings with Kansas City (D2-L0). In two meetings this season, Portland beat the Current in both teams’ season opener, 3-0, back in April, and the teams played to a 1-1 draw in Kansas in September.

How they got here

Portland Thorns FC: The franchise is making its fourth appearance in the NWSL Championship, a record for most of any team in league history. They arrive thanks to a 2-1 win over San Diego Wave FC in the semifinal to punch their ticket to the final. Thorns midfielder Crystal Dunn scored the game-winner in dramatic fashion during late-game stoppage time.

With her game-winning goal, Dunn has now scored in four different NWSL playoff games, tied for the most with Samantha Mewis and Amy Rodriguez. Dunn is one of five NWSL players who has scored in two different NWSL Championship games but would be the first to score in three if she pulls it off.

The team averaged 2.23 goals per game during the regular season (49 goals in 22 games), which was the second-highest goals per game average for a season in NWSL history. Portland is 2-1 all-time in the championship game, and won on both occasions when the game was not held in Portland (2013 at Western New York and 2017 vs. North Carolina in Orlando). Thorns Captain Christine Sinclair is the only player to remain from all NWSL championship appearances with Portland.

Kansas City Current: After completing their inaugural 2021 season in last place, the franchise had a complete turnaround, led by new head coach Matt Potter and a regular season that included a 13-game undefeated streak throughout the summer. As the season wound down the team struggled to stay afloat during their final four games of the season going 1-2-1 and earned fifth place and a spot in the quarterfinal.

Kansas City defeated Houston Dash 2-1 in the NWSL quarterfinals and then went on to eliminate NWSL Shield winners OL Reign in the semifinals. The Current set the tone early in the semifinal when rookie Alex Loera scored the opening goal in the 4th minute of the match, and the team went on to defeat the Reign 2-0.

After starting the regular season with four losses and a draw, Kansas City has just two losses in its last 19 games (W12, D5, including playoffs). The Current is the first team to reach the NWSL Championship after collecting fewer than six points from the first five games of the season. Their success is built on a balance attack which will be key in the match, as Portland will have to figure out a way to cope with the fact that 22 Current goals this year have been spread across three players in Kristen Hamilton (7), CeCe Kizer (7), and Lo’eau LaBonta (8).

Both teams have plenty of new faces and young talent to lead the group to a title. But first-year Thorns FC head coach Rhian Wilkinson presented different formations for the club throughout the season, and the teams’ depth and versatility could pay off in the end. Pick: Portland Thorns FC 2, Kansas City Current 1.