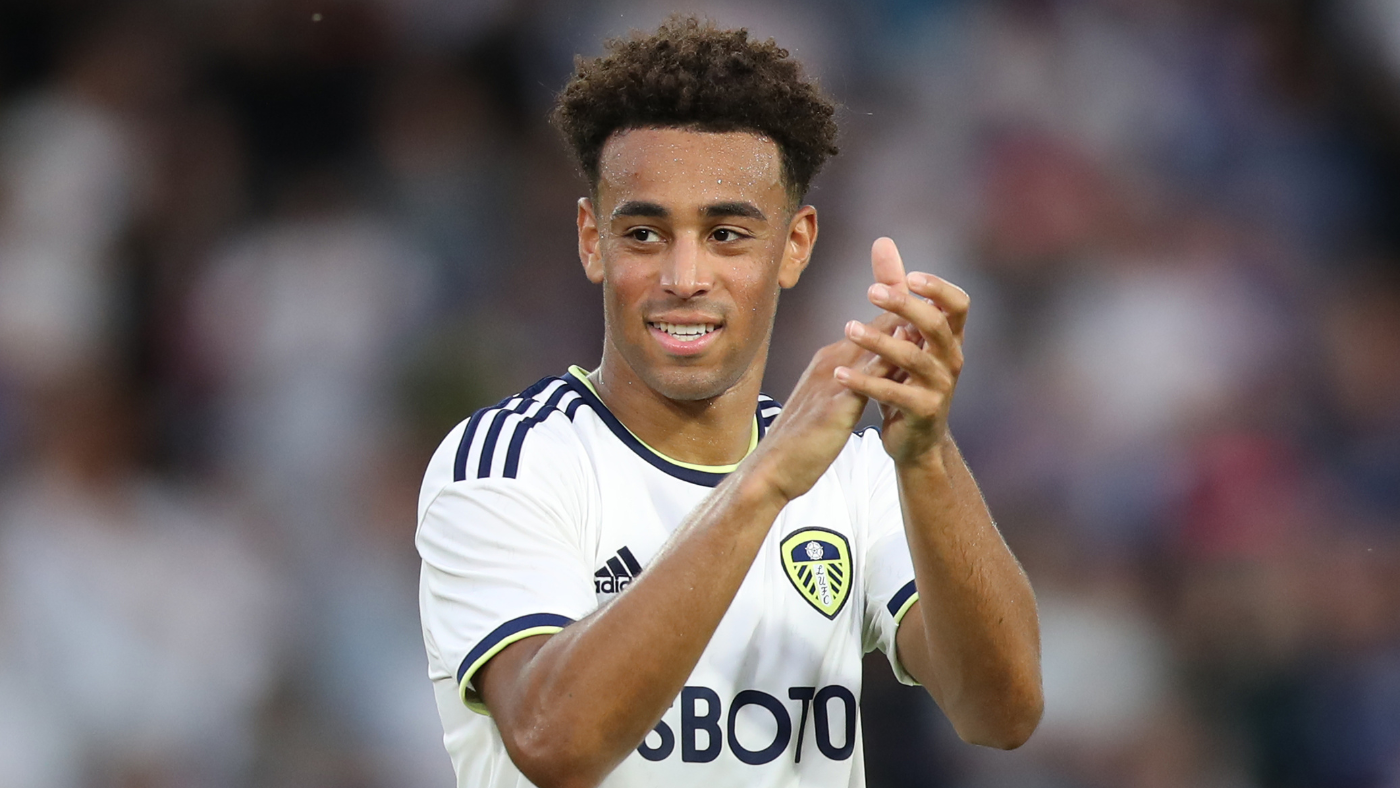 The Premier League is back and with that, it’s a good time to gaze into a crystal ball of what may happen in the league while everyone is still on level footing. From the best newcomer to picking the most important American to their team, we’ve got every angle covered — even some that you didn’t know that you needed. Strap in and let’s get to some predictions. Also, for the traditional top four, relegation predictions and the title winner, the CBS Sports staff has you covered.

Nunez is quite an addition to the Liverpool attack as Jurgen Klopp refreshes the team to replace Sadio Mane. After scoring 34 goals and assisting four more with Benfica, it’s safe to expect more than 20 goals from Nunez in all competitions as long as he’s on the field consistently. Klopp has already shown that the scouting department is comfortable transitioning players from Portugal with the successful addition of Luis Diaz last season, but Nunez is different from Liverpool’s usual forwards leading the line.

A shoot first, ask questions later forward, Nunez will rely on service from those around him. The good news is that between Mohamed Salah, Thiago, Andrew Robertson, Trent Alexander-Arnold, and Diaz the crosses coming into the box are a forwards dream. Even if he drifts out to the wing, Salah is able to fill the space in the middle, making Liverpool that much more dangerous. The biggest transition will be adjusting to the press, but Liverpool loaded the preseason with friendlies to give the team as much game time together as possible before moving into the grind of the season. The biggest point in Nunez’s favor over the summer’s more heralded move of Erling Haaland to Manchester City is that I see him getting more starts in an attack that can match City step for step.

The big red machine moves on. Salah will continue to be a key cog in the attack after signing a contract extension. Picking Salah to win the golden boot feels easy, given that he’s already won at least a share of three of the last five editions of the award. The only players to best him in the past five seasons are Jamie Vardy and Harry Kane. Vardy is struggling with injuries while he ages while Kane is no longer the most feared attacker on Spurs as that title now shifts to Heung-Min Son who tied Salah for the Golden Boot last year. It will be another strong season for Salah and the Reds and while not attending the World Cup with Egypt will be a disappointment, it will also make for a strong second half of the season where Salah is rested while others aren’t.

This is a loaded answer because Newcastle United did well last season but the jump they last year from the bottom half into the top half is a bigger improvement than doing something like avoiding relegation by climbing higher in midtable like Brentford. The Magpies are fringe Europa League contenders with very little business this summer thanks to the strength of their defense. Sven Botman and Nick Pope are significant upgrades while making the addition of Matt Targett permanent is also a solid addition for them. Under Eddie Howe, Newcastle only need one of Manchester United or West Ham United to slip up to crash England’s European party. With Newcastle’s improvement this season, I’d also back Howe for coach of the year if they’re able to make Europe.

It’s hard to tell what the Wolves front office is doing. Bruno Lage wants attacking reinforcements, but instead Fabio Silva was loaned to Belgium with no official replacement yet. Raul Jimenez is already injured to begin the season leaving Wolves even shorter in the attack. The only addition this summer has been Nathan Collins in central defense. He’s a way to get younger in defense after letting Romain Saiss leave this summer but he won’t improve Wolves’ most pressing problems. Morgan Gibbs-White could bring his sharp form back home from his loan spell with Sheffield United, but playing as a ten instead of as a second striker will change how he influences the game. For Wolves to do well, Pedro Neto and Deniel Podence will need to take significant steps forward. It’s certainly possible that they do that but if they don’t, an attack that only scored 38 goals (good for the fourth worst number in the league) last season, will be worse off and sink the team as a result.

The Tricky Trees earn this title tanks to Fulham’s history in the Premier League and Bournemouth’s lack of business. Steve Cooper has a tough job getting their new signings to click, but it also has to be an easier job than last year when he took over the team during the season and got them promoted from the Championship. On paper, Forest have made impressive additions but they’ll need to ensure that Taiwo Awoniyi and Brennan Johnson are supported well in the attack. It could be a tough start for Forest and they could finish anywhere from tenth in the league to dead last and it wouldn’t be surprising to me. Opening the season with Newcastle, West Ham, Everton, Tottenham, and Manchester City expectations will be low for points out of the gate, but that will allow the team to gel under pressure before three consecutive games against teams who will be around the relegation zone with them. By the end of September, we should at least have an idea of which way Forest will be heading.

One of the most exciting players in the Championship when h was signed from QPR, Eze hasn’t been able to replicate his strong first season with the Eagles where he scored four goals and assisted six more. After missing significant time due to an Achilles injury, he’s back with a full pre-season under his belt and the number ten shirt showing that he has also earned Patrick Vieira’s trust. With Conor Gallagher back at Chelsea, Eze will shoulder the responsibility of being the creative focus of the Palace attack which could see him easily clear double digits in combined goals and assists this season. Vieira is building something special in South London and Eze’s performances will be at the center of making it work this season.

Saka will be celebrating his 21st birthday one month from now. It’s wild that he’s only 20 years old as the season kicks off despite having three seasons of Premier League soccer under his belt. Saka is basically a seasoned veteran in this exciting Arsenal side. Coming off of a breakout year that saw him score 11 goals and assist seven more in Premier League play, Arsenal have surrounded Saka with more quality so that he can make the attack tick. With Gabriel Jesus, Gabriel Martinelli and Martin Odegaard in the final third, Saka could make last season’s counting stats look like nothing but his focus will be on getting Arsenal back into Champions League play after missing out due to a loss to their North London rivals Tottenham right before the final match week of the season. The disappointment will hopefully drive Arsenal to not leave things so late this season.

With Christian Pulisic needing to fight for minutes at Chelsea, Chris Richards being in a similar position with Crystal Palace, and Antonee Robinson fighting an uphill battle with Fulham all eyes are on Leeds United’s American duo of Tyler Adams and Brenden Aaronson. Adams is replacing Kalvin Phillips who moved on to Manchester City. Leeds need to fill the massive hole that he left in the squad and Marc Roca and Adams have been tasked with that. Adams is a strong defensive midfielder and it’s important that Jesse Marsch knows what Adams can and can’t do so that he isn’t overextended while trying to adjust to life in the Premier League. For Leeds to take a step forward from just avoiding relegation last season, defensive improvement will be needed. Adams will be central to that. Leeds have made quite a few signings this summer so a rough start to the season could see doubt begin to creep in but if it goes well, Adams will be in a great spot ahead of the World Cup in November.

Worst Neck Tattoos: Gianluca Scamacca, West Ham United
It seems like a dueling lion and a woman on Scamacca’s neck. While he should score quite a few goals for the Hammers this season, I’d love to know the story that his tattoos have to tell.

Most likely to be in a Head and Shoulders commercial: Marc Cucurella
After an astonishing move to Chelsea in a deal that could be worth up to £62 million, it’s time to up Cucurella’s endorsement game by following in Troy Polamalu’s footsteps.

“Wait he’s still here?”: Anthony Martial
It feels like Manchester United has a player pop up like this each season but since his strong season in 2019, Martial has been largely absent for United. That could change under Erik ten Hag once he recovers from a minor injury though.