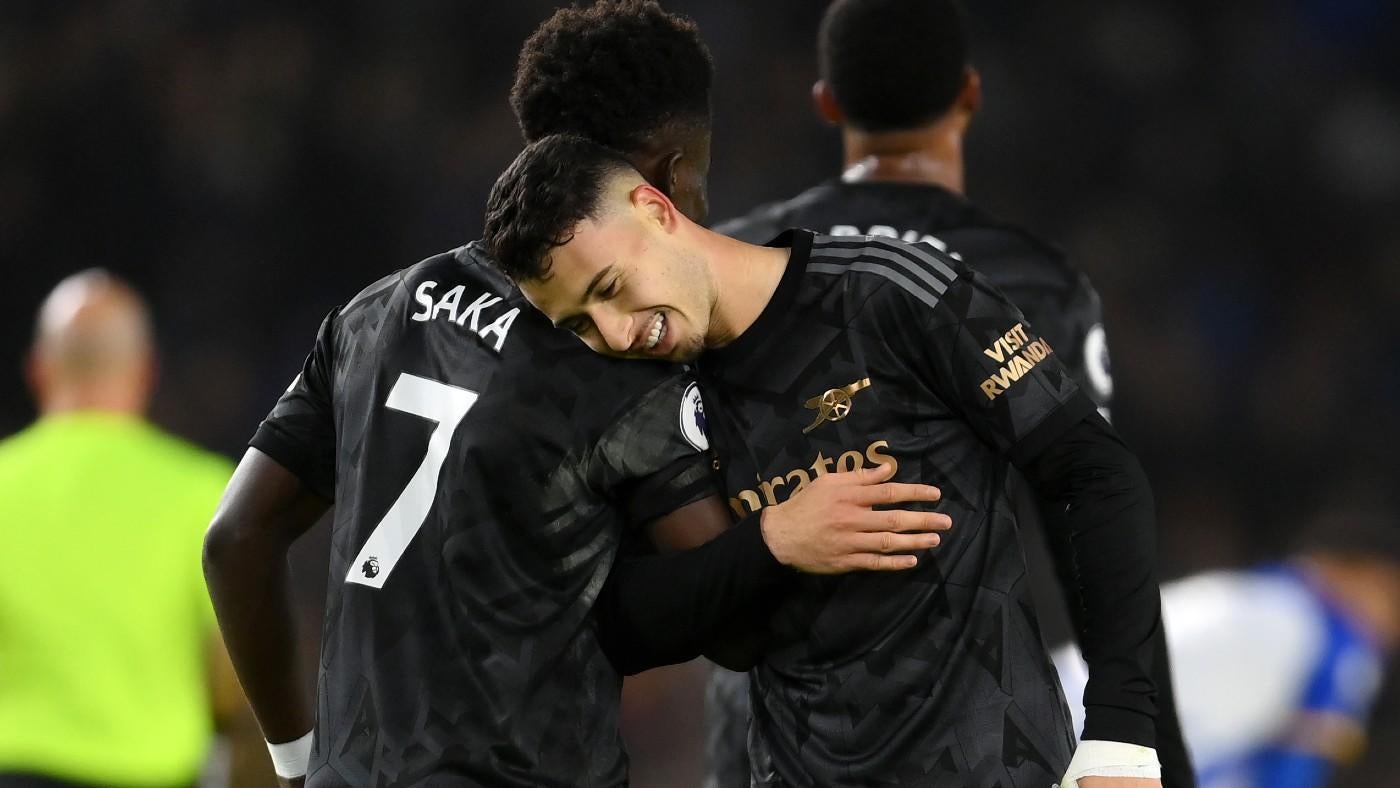 It’s time to treat Arsenal like the front runners in the Premier League title race following an impressive 4-2 victory over Brighton on Saturday. While losing Gabriel Jesus to injury during the World Cup is a blow to the team, Eddie Nketiah has hit the ground running with two goals in two games and Arsenal’s lead atop the Premier League has grown to seven points.

Manchester City still have a game in hand on Arsenal and the two clubs will face each other for the first time this season on Feb. 15th, but the lead could be at a point by then where Arsenal could still be in great shape no matter the result. Despite 21 Premier League goals from Erling Haaland, it has been City’s defense letting them down as the team have only won one of three matches where they’ve scored one goal this season. This is compared to going 4-0-1 (W-L-D) in the same type of matches last season.

Arsenal’s next closest contenders, Newcastle United, also dropped points in a 0-0 draw with Leeds United. It’s a long season but so far when they’ve needed points, the Gunners l have gotten the job done. It was a shared effort against Brighton with Bukayo Saka, Gabriel Martinelli, Martin Odegaard, and Nketiah all hitting the back of the net, but during a busy festive period, things can get interesting in a hurry.

Mikel Arteta subbed out both of his fullbacks, Ben White and Oleksandr Zinchenko, in the 59th minute and Kaoru Mitoma immediately scored Brighton’s first goal by taking advantage of the space that White would’ve occupied. Brighton would get another and Mitoma made things interesting by hitting the back of the net again but it was judged to be offside following a VAR review, ending any chance of a dramatic comeback.

It would’ve been easy for Arsenal to let Brighton turn the game on its head as they appeared tired and have another match coming in three days against Newcastle, but during the final ten minutes of regulation and stoppage time, the team dug in their heels and held the line.

If the Gunners can keep this up, they’ll be able to lift the Premier League trophy at the end of the season when just making the top four would’ve been a good season for them Being in Europa League, Arsenal may have an advantage on Manchester City by being able to rotate the side more down the stretch, and they’ve shown the depth that Arteta has established.

Being able to rely on the entire attacking four is a boon to Arsenals’s season but depth players have been stepping up when needed as well. Second in scoring behind only Manchester City, Arsenal have scored 11 more goals than any other team in the league with four players scoring five or more goals. Assists are also impressive as Saka, Jesus, and Odegaard have each assisted four or more goals showing the unselfishness of the attack.

On a day where everything was coming up for Arsenal, Dec. 31 could pave the way to potentially and unexpectedly winning the league.