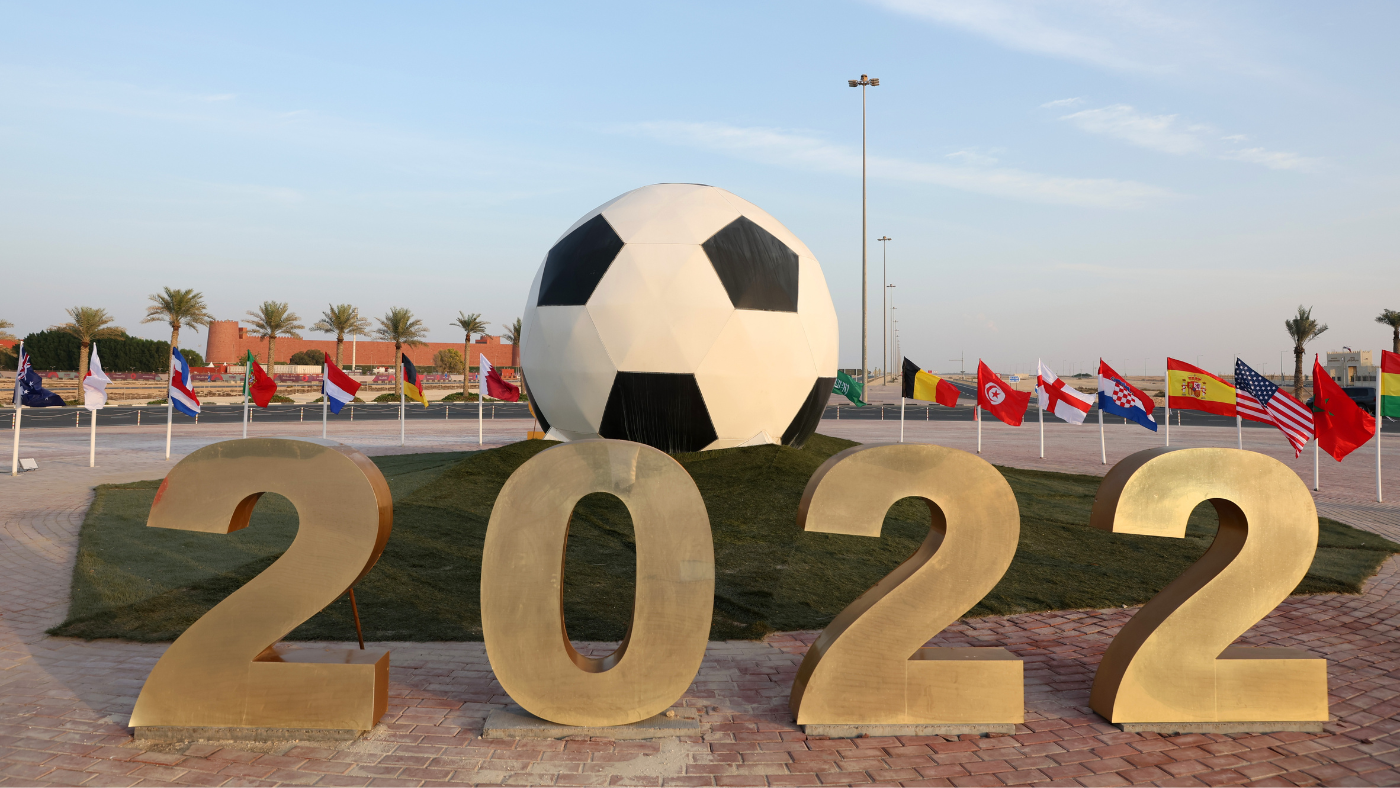 It’sfinally World Cup time. The greatest tournament in soccer is set to kick off with Qatar hosting the FIFA World Cup on Sunday, November 20. But before Qatar and Ecuador take the pitch, the opening ceremonies need to commence. Not only will they showcase the best of the 32 countries taking part in the tournament, but the opening ceremony will also have musical performances including an appearance from BTS member Jungkook. The popular boyband has confirmed that their member will be among the performers at the opening ceremony and will also feature in the soundtrack.

Originally scheduled to kick off on Nov. 21, the opening ceremony was moved a day earlier so that hosts Qatar could start the tournament as is customary for the home nation but the ceremony needed to be at night for a planned fireworks display. History will be made as not only is this the first winter World Cup but Jungkook will also become the first Korean to perform at the World Cup opening ceremony.

Who else will perform?

Qatari singer Fahad Al-Kubaisi will also perform at the opening ceremony. He is also a producer, model and human rights activist as the ceremony organizers foreground a message of encouraging dialogue on inclusion and diversity. Though, after FIFA president Gianni Infantino’s speech Saturday, that may be easier said than done.

“Today I feel Qatari, I feel Arab, I feel African, I feel gay, I feel disabled, I feel a migrant worker. We have been taught many lessons from Europeans and the Western world. I am European. For what we have been doing for 3,000 years around the world, we should be apologizing for the next 3,000 years before giving moral lessons,” Infantino said. “If Europe really care about the destiny of these people, they can create legal channels as Qatar did where a number of these workers can come to Europe to work. Give them some future, some hope.”

Atlanta-based rapper Lil Baby has confirmed that he will be performing at the World Cup on Twitter, but most of the opening ceremony performers will be surprises. Lil Baby won a Grammy for best melodic rap performance in 2022 for his feature on Hurricane by Kanye West and he has also been honored with an XXL award, BET awards, and others. As the opening ceremony performance is usually 30 minutes or so, there will likely be other people joining the seven act program.

Declines and other performance rumors

According to reports, Shakira who has been a staple in past World Cups was set to perform but has decided to not take part in the opening ceremony. Her song Waka Waka has a place in our memories from the 2010 World Cup in South Africa. Dua Lipa was also rumored to be involved but she released a statement on Instagram.

“There is currently a lot of speculation that I will be performing at the Opening Ceremony of the World Cup in Qatar. I will not be performing and nor have I been involved in any negotiation to perform,” Dua Lipa said on performing. “I will be cheering England on from afar and I look forward to visiting Qatar when it has fulfilled all the human rights pledges it made when it won the right to host the World Cup.”

After the tournament kicks off on Sunday it will really get into full swing on Monday the 21st with three matches, including the USMNT facing Wales at 2:00 p.m. For the USMNT’s schedule click here, and make sure to check out the full World Cup schedule as well.

Fill out your World Cup bracket