Rafael Nadal has hit the ground running in Turin. The legendary Spaniard practised on Wednesday at the Pala Alpitour ahead of the Nitto ATP Finals with first-time qualifier Taylor Fritz of the United States.

Nadal is a 17-time qualifier for the season finale. The 36-year-old, who will pursue his first title at the event next week, was thumping forehands on Centre Court in preparation for the year-end championships.

“It’s always great news to be playing the last event of the year. That says that you had a great season, so I’m excited,” Nadal said. “Italy is a very close country for me. Being in Turin for the first time in my life, it’s a new experience, so I’m very happy for that and i’m looking forward to seeing the stadium and the fans. I’ll try my best as always.”

This year’s Australian Open and Roland Garros champion was training under the watchful eyes of his coaching staff, including Carlos Moya, Francisco Roig and Marc Lopez. Across the net was Fritz, the man he played in the final of this year’s BNP Paribas Open and his coach, Michael Russell. 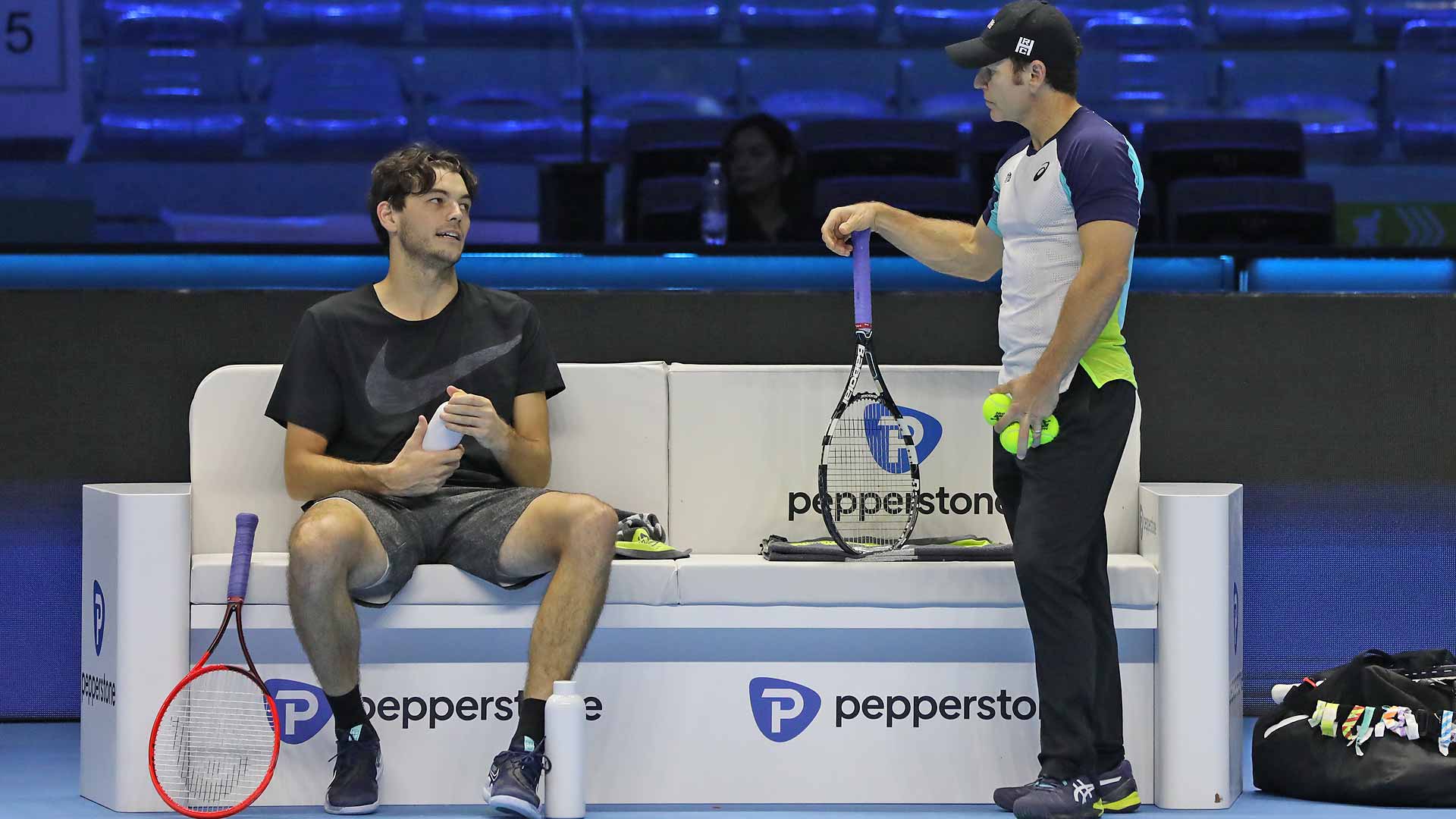 It has been a breakthrough season for the American, who cracked the Top 10 in the Pepperstone ATP Rankings for the first time on 10 October after lifting the trophy in Tokyo.

Fritz arrives in Turin with 43 tour-level wins this year, the most in his career. He will try to make a deep run at the season finale as the eighth seed.