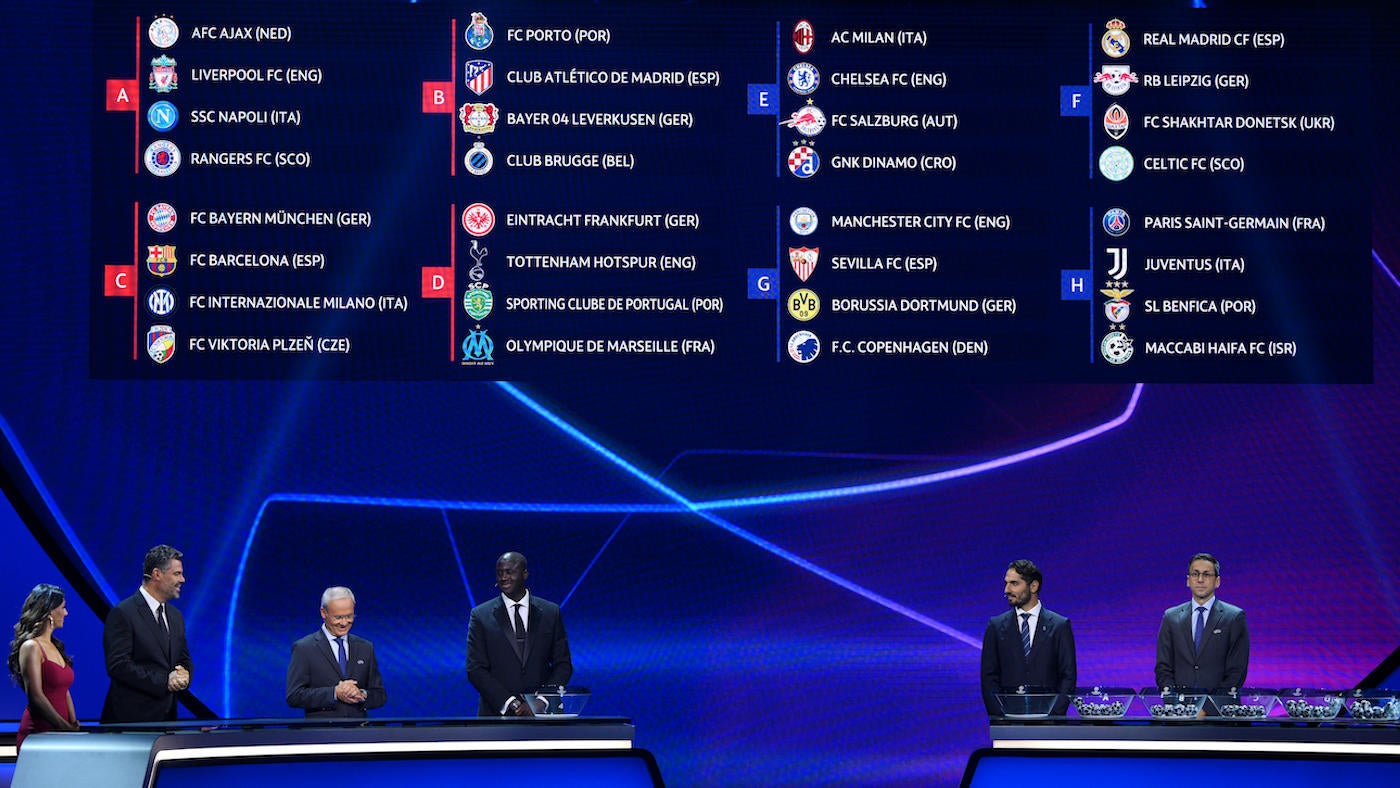 We rank our five favorite matchups.

Arguably the box office clash of the round sees the Lewandowski Derby become a reality. The Polish superstar swapped the Allianz Arena for Camp Nou this summer and will now return to Bavaria in Blaugrana colors. Adding Italian giants Inter Milan to the mix is simply incendiary and Viktoria Plzen are the unfortunate fall guys who will be lucky to emerge with much other than some fantastic experiences at some of European soccer’s most prestigious venues.

The Di Maria Derby in a group which features two former clubs in PSG and Benfica should catch some attention. Les Parisiens against Juve is one of the big draws overall, let alone within the group, but this has the potential to get tricky for the French if they are anything other than perfect as they have been so far in Ligue 1. Turin, Lisbon and Haifa are not easy away days, but Maccabi face an uphill task trying to do better than dead last in a group with tremendous pedigree.

It was always going to be about Haaland and in what fashion. The Norwegian superstar is afforded an immediate return to Germany to face his former club at Signal Iduna Park and Pep Guardiola’s squad must fancy themselves to top this group with relative ease given how Sevilla have started slowly with Copenhagen the plucky underdogs who will be hoping to make it to the Europa League or more.

A few years ago, the Italians made Jurgen Klopp’s squad sweat their knockout berth before ultimately falling away. This time around, the Partenopei look renewed while the Reds are taking time to find their stride. Last season’s beaten finalists will be expected to grow into this edition, but any slips could be punished with AFC Ajax and Rangers adding a touch of pedigree to this first group.

Serie A champions Milan will be hoping that their return to the Champions League stage last term has prepared them well for this so that they can go toe to toe with the likes of a Chelsea. The Blues are certainly not looking invincible this early campaign and Red Bull Salzburg and Dinamo Zagreb are interesting outsiders — particularly the Austrians. It’s also a notable pairing considering Chelsea have sold Fikayo Tomori and Olivier Giroud to Milan and are currently linked with Rafael Leao.

The groups in full:

Matches begin on Sept. 6 and run until Nov. 2. This season’s final will play out at Ataturk Olympic Stadium in Istanbul on June 10, 2023. You can catch all the action this season on Paramount+, your home for Champions League football until 2030.

Paramount+ is the only place to watch every minute of every Serie A match this season, not to mention select games in Italian. Sign up now with offer code ITALY to get a special one month free trial. A subscription also gives you access to other sports content including every UEFA Champions League and Europa League match, the NFL on CBS, and countless movies and shows. Get it all free for one month with promo code ITALY.