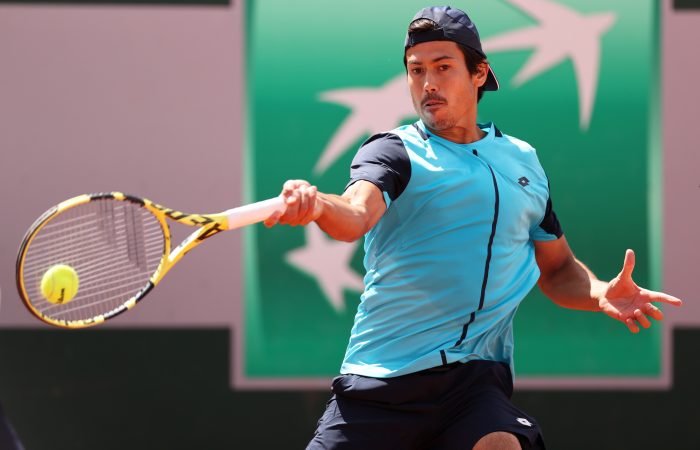 Jason Kubler is the biggest mover within the Australian top 10 in the latest ATP Tour men’s singles rankings. The 29-year-old rises 40 spots after reaching the second round at Roland Garros as a qualifier, then scooping an ATP Challenger title on American hard courts last week.

These performances propel Kubler to world No.119, his highest ranking position since December 2018. The Brisbane-based competitor, who has now won 12 of his past 15 matches, was ranked outside the top 200 in late March.

Jordan Thompson rises eight places to world No.74 after claiming his eighth career ATP Challenger title – and first since November 2018 – in Great Britain. The 28-year-old Aussie triumphed on Surbiton grass 7-5 6-3 against American Denis Kudla in the final.

There is good news also for Alexei Popyrin, who returns to the world’s top 100 this week, and Max Purcell, who sets a new career-high at world No.159.

Akira Santillan rises 103 spots to world No.392 after reaching back-to-back ITF finals in Tunisia and securing his first title at that level in five years.

Omar Jasika’s return continues to gain momentum as well. The 25-year-old, who has just won back-to-back ITF titles in Greece, moves up 40 places to world No.472 this week.

Daria Saville is verging on a top-100 return in the latest WTA Tour women’s singles rankings. The 28-year-old improves 23 places to world No.104 after reaching the third round at Roland Garros.

Seone Mendez also been rewarded for reaching the final qualifying round in Paris, moving up 21 places to world No.202.

Several Aussies have enjoyed significant rises following success at ITF level, including Arina Rodionova who rises 41 places to world No.147 after reaching a grass-court final in Great Britain last week.

Jaimee Fourlis is at a new career-high world No.177, skyrocketing up 60 spots after claiming the biggest singles title of her career in Romania.

While Priscilla Hon is back inside the world’s top 200, moving up 42 places to world No.198 after winning a title in Israel.

Talia Gibson, a 17-year-old from Perth currently ranked No.720, is set to rise too after claiming her first professional title in America.

Thanasi Kokkinakis was the best-performing Australian in the Roland Garros men’s doubles draw, reaching the third round alongside Kazakhstan’s Alexander Bublik. The 26-year-old has been rewarded with a new career-high in the latest ATP Tour doubles rankings, rising to world No.32.

Sam Stosur is edging closer to a top-10 return in the latest WTA doubles rankings. The 38-year-old rises two places to world No.11 after reaching the third round at Roland Garros.

Alana Parnaby, who recently advanced to her fourth ITF final of the season, makes her Australian top 10 debut this week. The 27-year-old rises 14 places to world No.277.