Australian Chris O’Connell sits at a career-high world No.100 in the latest ATP Tour singles rankings. 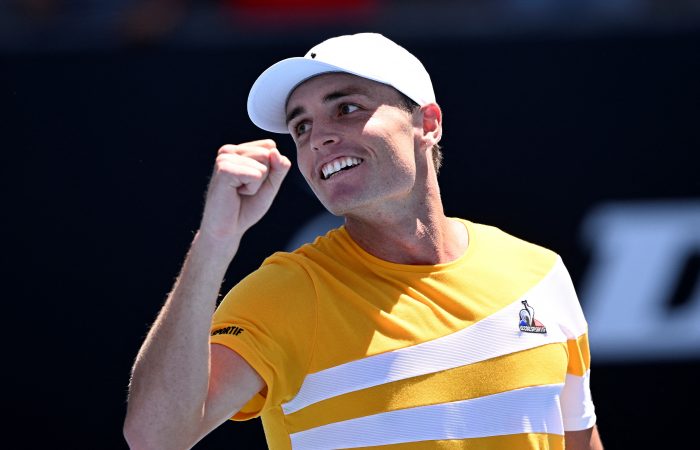 Chris O’Connell has broken into the world’s top 100 in the latest ATP Tour men’s singles rankings. The 28-year-old’s perseverance has been rewarded, rising one spot to a career-high world No.100 this week.

Jason Kubler moves up six spots to world No.96 after advancing to his first tour-level semifinal at Newport, taking the number of Australian men currently inside the world’s top 100 to nine.

James Duckworth is the biggest mover inside the top 100, improving eight places to world No.66 after reaching his first tour-level quarterfinal of the season at Newport.

Kimberly Birrell takes biggest mover honours, improving 26 places to world No.443. The 24-year-old has made back-to-back quarterfinal appearances at ITF tournaments in Portugal in the past fortnight.

Alexandra Bozovic has also enjoyed success in Portugal, reaching a final last week. This sees the 23-year-old improve 21 spots to world No.445.

Dane Sweeny has improved seven spots to a career-high No.181 following consistent results at ITF level.

Andrew Harris is the biggest mover of the week, rising 51 spots to world No.208. The 28-year-old won an ATP Challenger title in America last week.

Tjandramulia moves up two places to world No.128 this week, while Parnaby jumps up nine spots to world No.251.