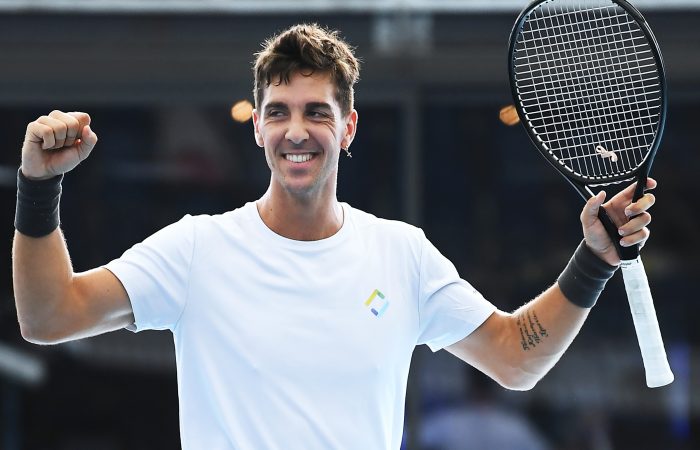 Thanasi Kokkinakis has returned to the world’s top 100 in the latest ATP Tour men’s singles rankings.

The 25-year-old jumps seven places to world No.94 this week. It is Kokkinakis’ highest ranking since January 2016 and it is just short of six years since he was last ranked since the world’s top 100.

Aleksandar Vukic continues to rise too, improving two places this week to a career-high No.138.

Ajla Tomljanovic is at a career-high in the latest WTA Tour women’s singles rankings.

The 28-year-old improves one place to world No.39 this week, matching the career-high she first achieved in April 2019.

John Peers has returned to the world’s top 10 in the latest ATP Tour doubles rankings.

The resurgent 33-year-old rises two spots to world No.10 this week, marking the first time since October 2018 that Peers has been ranked inside the elite category.

Australian Open champions Nick Kyrgios and Thanasi Kokkinakis are both at new career-high rankings this week, while Max Purcell is back inside the world’s top 30 and one place shy of his career-best.

John-Patrick Smith is the biggest mover of the week, improving five spots to world No.61 after his Pune final appearance alongside fellow Aussie Luke Saville.

The 27-year-old Sanders rises one spot to world No.18, while 26-year-old Perez improves one place to world No.34.