Australian Ajla Tomljanovic’s ranking is on the rise after her impressive performance, which included two top-20 wins, at Cincinnati last week. 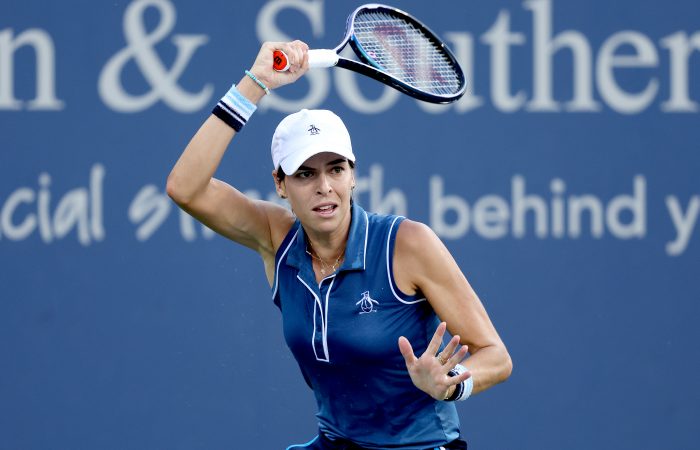 Ajla Tomljanovic is back inside the world’s top 50 in the latest WTA Tour women’s singles rankings. The 29-year-old rises 15 spots to world No.48 after reaching her first WTA 1000 quarterfinal at Cincinnati last week.

Kimberly Birrell is the biggest mover of the week, improving 17 places to world No.327. The 24-year-old defeated former Roland Garros finalist Sara Errani at an ITF tournament in New York last week.

Adam Walton takes biggest mover honours after rising 27 spots to world No.619. The 23-year-old was a finalist at an ITF Futures tournament in Cancun.

Ellen Perez makes her top 30 debut in the latest WTA doubles rankings. The 26-year-old jumps up eight positions to world No.28 after reaching the Cincinnati final.

Lizette Cabrera rises 24 spots to world No.158 after advancing to the semifinals at a WTA 125 tournament in Vancouver last week with Priscilla Hon. Hon is the biggest mover of the week, improving 88 places to world No.341.

Kyrgios is up two spots to world No.18, while Kokkinakis rises three places to world No.23 after their second-round appearance in Cincinnati.

Jason Taylor is the week’s biggest mover, skyrocketing up 102 places following a title-winning run at an ITF tournament in Padova with fellow Aussie Brandon Walkin. This saw Walkin improve his ranking by 40 spots to world No.299.

John-Patrick Smith is also on the rise, improving seven places to world No.93 after progressing to an ATP Challenger final in Vancouver.