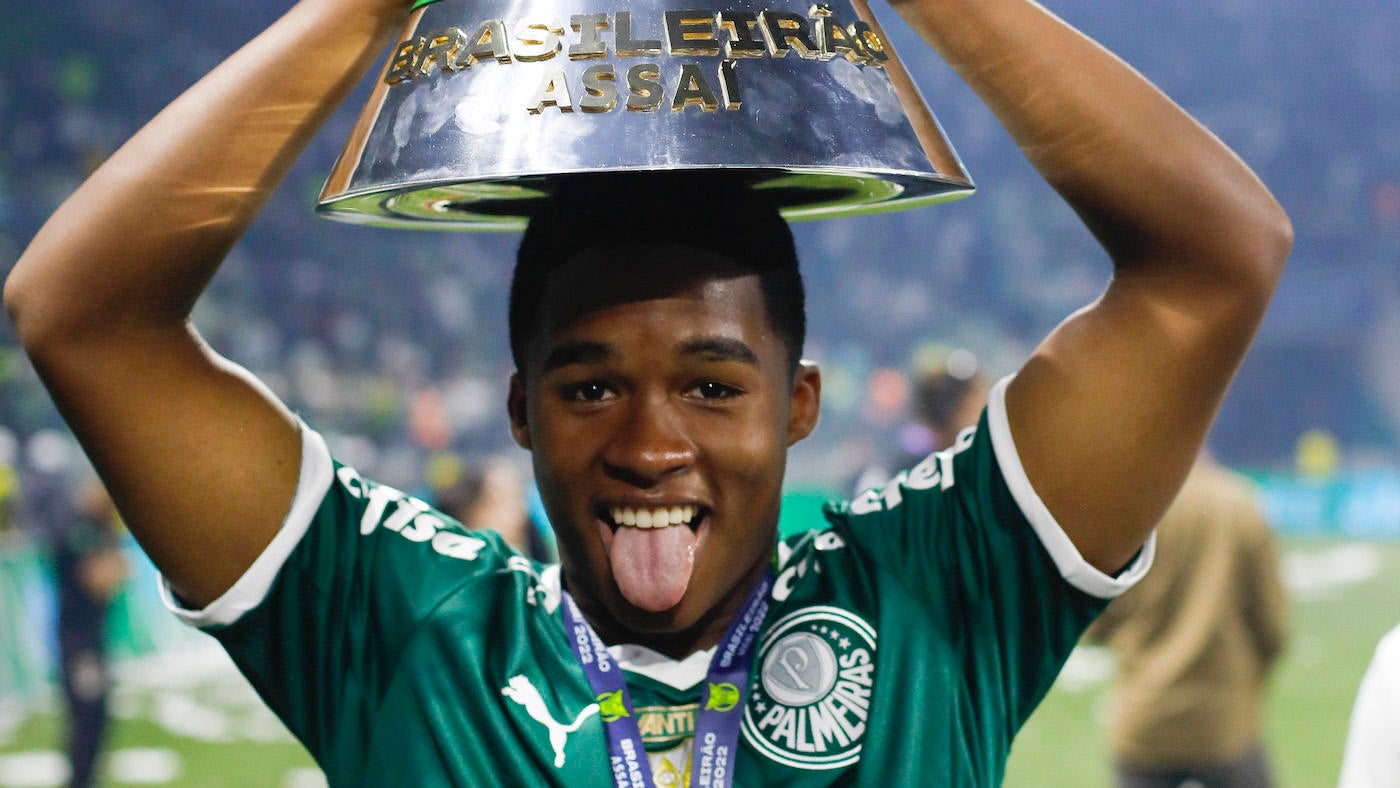 Real Madrid have won the race to sign rising Brazilian prospect Endrick, who is only 16 years old and made his pro club debut for Palmeiras back in October. Despite the interest of multiple European clubs, including Paris Saint-Germain and Chelsea, the Spanish side signed one of the most interesting young talents of South America. However, because of his age, he will join Real Madrid in the summer of 2024 once he turns 18 and is eligible to be registered.

In the meantime, you can catch all of Endrick’s Brasileirão matches for Palmeiras on Paramount+, your home for Brazil’s Serie A.

Remember, when the World Cup ends and Champions League resumes, you’ll be able to catch all the action on Paramount+. Use offer code ALLYEAR now to get 50% off the annual plan. We’ve got UEFA club competitions, Serie A, NWSL, FA Women’s Super League and more just one click away.

Both Real Madrid and Palmeiras have announced the agreement on Thursday: “Real Madrid C. F., Sociedade Esportiva Palmeiras, and Endrick and his family have reached an agreement that allows the player to join Real Madrid when he reaches legal age in July 2024. Until then, Endrick will continue training with S. E. Palmeiras. The player will travel to Madrid in the upcoming days to visit our club’s facilities”, Real Madrid have confirmed.

As reported by CBS Sports insider Fabrizio Romano, Endrick will sign a contract until 2027 with a three-year option already included in the deal until summer 2030. The deal has been declared as “the biggest sale in the history of Brazilian soccer” by Palmeiras president Leila Mejdalani Pereira. Palmeiras will receive €35 million, plus €25 million add-ons, and €12 million of extra in taxes, Romano reports.

Endrick, born in 2006, scored three goals in seven appearances with the senior team last season. The buzz around his talent helped fuel consideration by then-Brazil coach Tite to join the 2022 World Cup squad. In the end he wasn’t called up despite the support of many in Brazil, including one of their legends, Ronaldo Nazario.

“People are complaining about Gabigol’s absence from the squad, but if I had to take one more striker, I’d go with Endrick,” Ronaldo said before the tournament started. “A boy with a very promising future and who is already in the professional field.”

From 2024 on, Endrick will play for Real Madrid, the same club where Ronaldo also played from 2002 to 2007 and where he marked some unforgettable moments. The Brazilian talent will join Vinicius Jr. and Rodrygo Goes, likely creating an incredible and unprecedented trio of Brazilian attackers playing for one of the most important soccer clubs in the world.