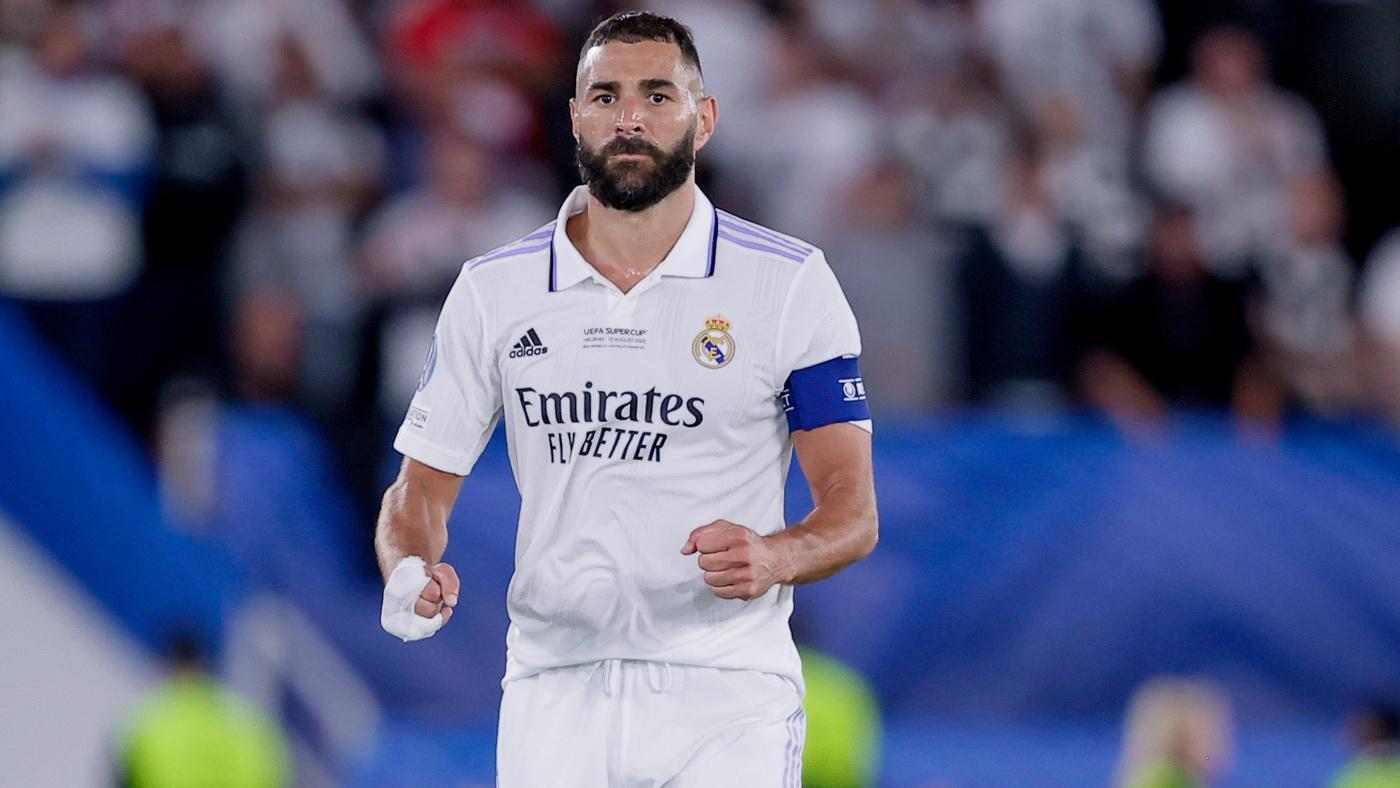 Almeria is back in La Liga for the first time in eight years, and their reward is opening the 2022-23 Spanish La Liga season against reigning champion Real Madrid on Sunday. The good news is it is a home game for the Andalusians at Power Horse Stadium, but Los Blancos have won a record 35 La Liga titles and ran away with it last season. They finished 13 points clear of Barcelona and outscored their opponents by 49 goals in 38 matches. Almeria won the Segunda Division to earn promotion for the first time since 2014-15. It went 29-9-4 and was even on points with Valladolid but won the title with a 33-goal differential, five better than the squad from Castile and Leon. Real Madrid is led by 34-year-old Karim Benzema, La Liga’s top goal-scorer with 27, while 24-year-old Nigerian Umar Sadiq is the star of the show for Almeria. The Andalusians will be playing in the top flight for the seventh time in their 34 seasons, while Real Madrid hasn’t been relegated once in 120 years.

Kickoff is set for 4 p.m. ET at Power Horse Stadium in Almeria, Spain. The latest Almeria vs. Real Madrid odds from Caesars Sportsbook list Real Madrid as the -235 favorite (risk $235 to win $100) on the 90-minute money line. Almeria is the +625 underdog, a regulation draw is listed at +625 and the over/under for total goals scored is 2.5. Before locking in any Real Madrid vs. Almeria picks or bets, be sure you check out the 2022-23 Spanish La Liga predictions from renowned soccer bettor Jon “Buckets” Eimer.

Eimer is a high-volume bettor who has vast knowledge of leagues and players across the globe. Since joining SportsLine, Eimer has covered the English Premier League, Serie A, the FA Cup and much more. He is 204-187-7 on his SportsLine picks in 2022, which includes a run of 51-34-1 on his last 86 picks (59.3 percent) for a profit of more than $900 for $100 bettors.

Now, Eimer has taken a close look at the Almeria vs Real Madrid matchup from all sides and just locked in his picks and La Liga predictions. You can head to SportsLine now to see his picks. Here are the betting lines and trends for Real Madrid vs. Almeria:

Why you should back Real Madrid

Los Blancos should be right at the top when the battle for this season’s title race nears its end. They scored 80 goals last season, 12 more than any other team, while conceding 31, the second-fewest in the league. Benzema is showing no sign of slowing down, as he has at least 21 goals in four straight seasons. Vinicius Junior is coming into his own as one of the league’s most exciting players, and the Brazilian scored 17 goals and 10 assists in 2021-22. Real also has one of the world’s best midfields, with Luka Modric teams up with Casemiro and Toni Kroos.

The team didn’t do a lot in the transfer window, though it did add Antonio Rudiger from Chelsea to give the back line more toughness. The defense has done a good job protecting goalkeeper Thibaut Courtois, who had a 76.7 save percentage and 16 clean sheets last season. David Alaba plays a huge role from his wing-back spot, moving the ball forward, dropping in pinpoint crosses and making the most of opportunities to score. The 29-year-old found a loose ball on a corner to score in a 2-0 UEFA Super Cup win against Eintracht Frankfurt on Wednesday.

Why you should back Almeria

Los Rojiblancos should be a dangerous team as long as Sadiq is leading the attack. The striker has bounced around — he has played for five teams in Italy already in his young career — but he has settled in at Almeria. He has scored 38 goals and set up 13 more in his two seasons with the squad. He will be out to put on a show for a home crowd that will be in very high spirits for the return of top-flight football. Largie Ramazani, who signed with Manchester United at age 16 and is now 21, is likely to join Sadiq up front. The Belgian forward had eight goals in 2021-22.

It won’t be easy for Real Madrid to get past the Almeria defense and goalkeeper Fernando. The 32-year-old shared the division lead with 16 clean sheets and was fourth in save percentage last season. Almeria conceded just 35 goals in its 42 matches, the fewest in the Segunda Division. The squad added Kaiky, Houboulang Mendes and Alejandro Pozo for depth in the back. It is likely to sit back and absorb the pressure of Real Madrid while trying to spring Sadiq and Ramazani on counter-attacks. That has been a vulnerability for Madrid’s defense at times.

How to make La Liga and Almeria vs Real Madrid picks

Eimer has analyzed Sunday’s Almeria vs Real Madrid Spanish La Liga opener from every angle. He is going Over on the goal total and also has provided two confident best bets and a full breakdown of the match. He’s only sharing his Spanish La Liga picks here.

So who wins Real Madrid vs. Almeria in Sunday’s Spanish La Liga matchup? And where does all the betting value lie? Visit SportsLine now to see the best bets for the Almeria vs Real Madrid match, all from the soccer expert who is up more than $900 on his recent picks and has his finger on the pulse of the game all over the world, and find out.