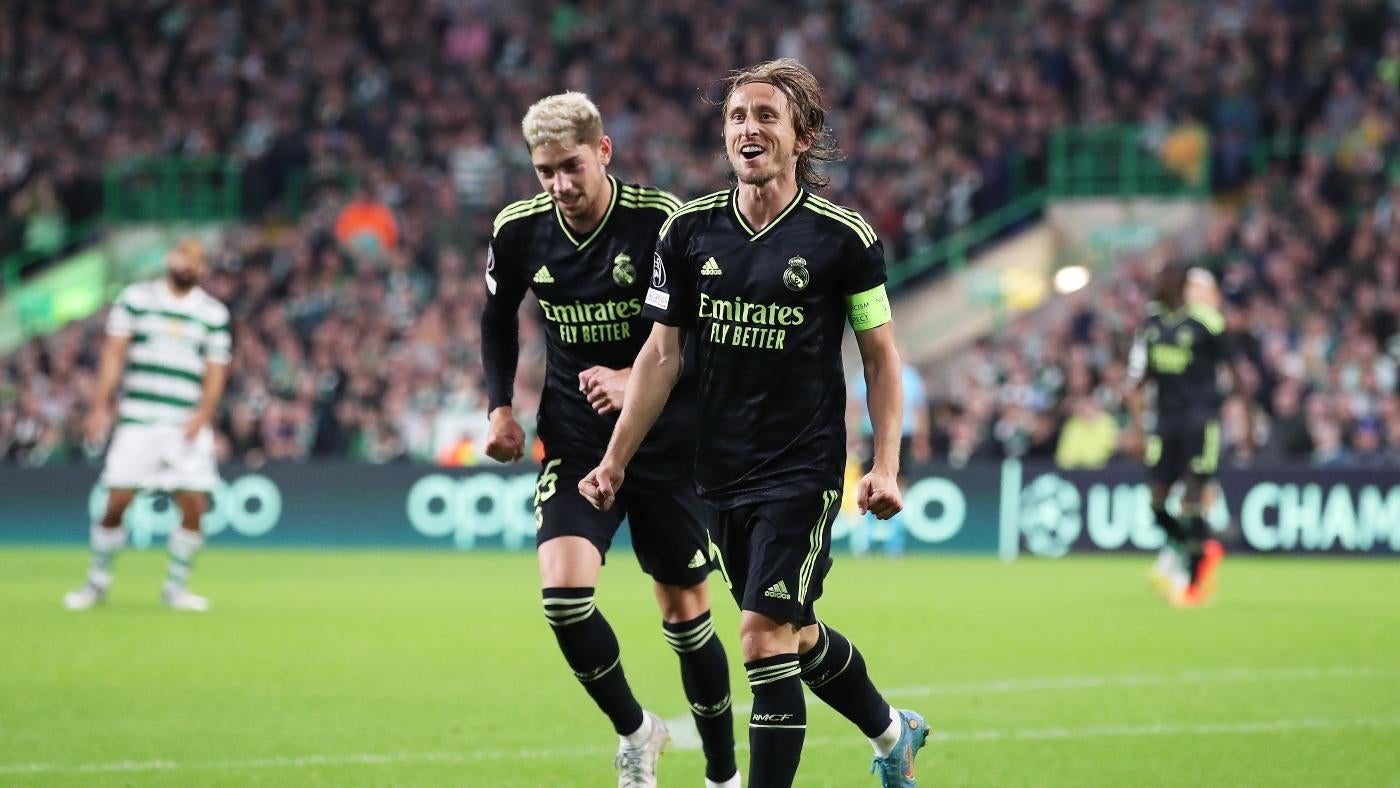 It’s still early, but Real Madrid look to be on pace for another title and will try to win their fifth straight to open the 2022-23 Spanish La Liga season when they host Mallorca on Sunday. Los Blancos won their record 35th league trophy last season and also are the reigning European champions. They started their defense of the Champions League title with a 3-0 victory against Celtic on Tuesday. Star striker Karim Benzema left that game with an injury and is expected to be out at least a month, but Real have plenty of talent in reserve. They defeated Real Betis 2-1 last Saturday in a showdown for the top spot in La Liga’s table, and they lead Barcelona and Villareal by two points. Mallorca (1-2-1) finished just one point clear of relegation last season and spent the summer building a formidable defense, and that has paid off so far.

Kickoff is set for 8 a.m. ET at Estadio Santiago Bernabeu in Madrid, Spain. Real is the -380 favorite (risk $380 to win $100) on the 90-minute money line in the latest Real Madrid vs. Mallorca odds from Caesars Sportsbook. Mallorca is the +1000 underdog, a regulation draw is priced at +490 and the over/under for total goals scored is 3.5. Before making any any Mallorca vs. Real Madrid picks or 2022-23 Spanish La Liga predictions, make sure you check out what renowned soccer bettor Jon “Buckets” Eimer has to say.

Eimer is a high-volume bettor who has vast knowledge of leagues and players across the globe. Since joining SportsLine, Eimer has covered the English Premier League, Serie A, the FA Cup and much more. He is an astounding 37-18-1 on his Premier League picks for SportsLine in 2022, for a profit of more than $1,600 for $100 bettors, and is on a 15-5 roll on his last 20 soccer picks overall.

Now, Eimer has taken a close look at the Real Madrid vs. Mallorca matchup and locked in his coveted picks and predictions. You can head to SportsLine now to see see picks. Here are the betting lines and trends for Mallorca vs. Real Madrid:

Why you should back Real Madrid

The loss of Benzema will certainly be a blow, but Los Blancos have plenty of top-tier players. Eden Hazard made a rare appearance in Tuesday’s game and had a goal and an assist. Vinicius Junior also had a goal, and he shares the team lead with Benzema with three in league play. Talismanic midfielder Luka Modric scored the other goal, and he keeps things humming in manager Carlo Ancelotti’s possession-based attack. Ancelotti could give 21-year-old Rodrygo a chance to lead the front line on Sunday, and he has a goal and an assist in two appearances.

Real Madrid leads La Liga in shots (84) and attempts on target (32) and has a possession rate 15% higher than Mallorca’s. Los Blancos will simply hold the ball and look for cracks in the back line. Real share the league lead with 11 goals and have conceded four, while Mallorca have scored just three so far. Goalkeeper Thibaut Courtois remains one of the world’s best, and he has strong protection from a back line led by David Alaba and Antonio Rudiger. Real Madrid is 7-0-1 in the past eight meetings, with a 27-6 advantage in goals, including 9-1 in the past two.

Why you should back Mallorca

The Pirates spent the summer gearing up to guard the net — and their place in the top flight. They are running a 5-3-2 formation that doesn’t let much get through. All three goals the Pirates have conceded have come on penalty kicks, so Los Blancos are going to have to work to get shots on net. Mallorca have allowed just 18.5% of opponents’ attempts to find the target (10 of 54). Serbian goalkeeper Predrag Rajkovic has nine saves and two clean sheets, and the defense is third in the league in blocked shots (63) and leads in fouls (81) yellow cards (20).

They will make it rough on a weary Real Madrid squad, and with Benzema out and no clear replacement, Los Blancos could struggle to score. Real also face RB Leipzig in their second Champions League match on Wednesday, so they will want to get some players a little rest. Kosovan striker Vedat Muriqi will lead the Mallorca attack, and he has two of the team’s four goals. South Korean Lee Kang-in has scored one and set up two, and he will be alongside Muriqi on the counter-attack. Real Madrid have allowed one goal in each league game so far.

How to make Mallorca vs. Real Madrid picks

Eimer has analyzed Sunday’s Mallorca vs. Real Madrid Spanish La Liga match from all sides and revealed his best bets. He is leaning Under on the goal total and also has two confident plays and a full breakdown of the match. He’s only sharing those picks here.

So who wins Real Madrid vs. Mallorca in Sunday’s Spanish La Liga matchup? And where does all the betting value lie? Visit SportsLine now to see the best bets for the Mallorca vs. Real Madrid match, all from the soccer expert on a 15-5 run on his recent soccer picks.