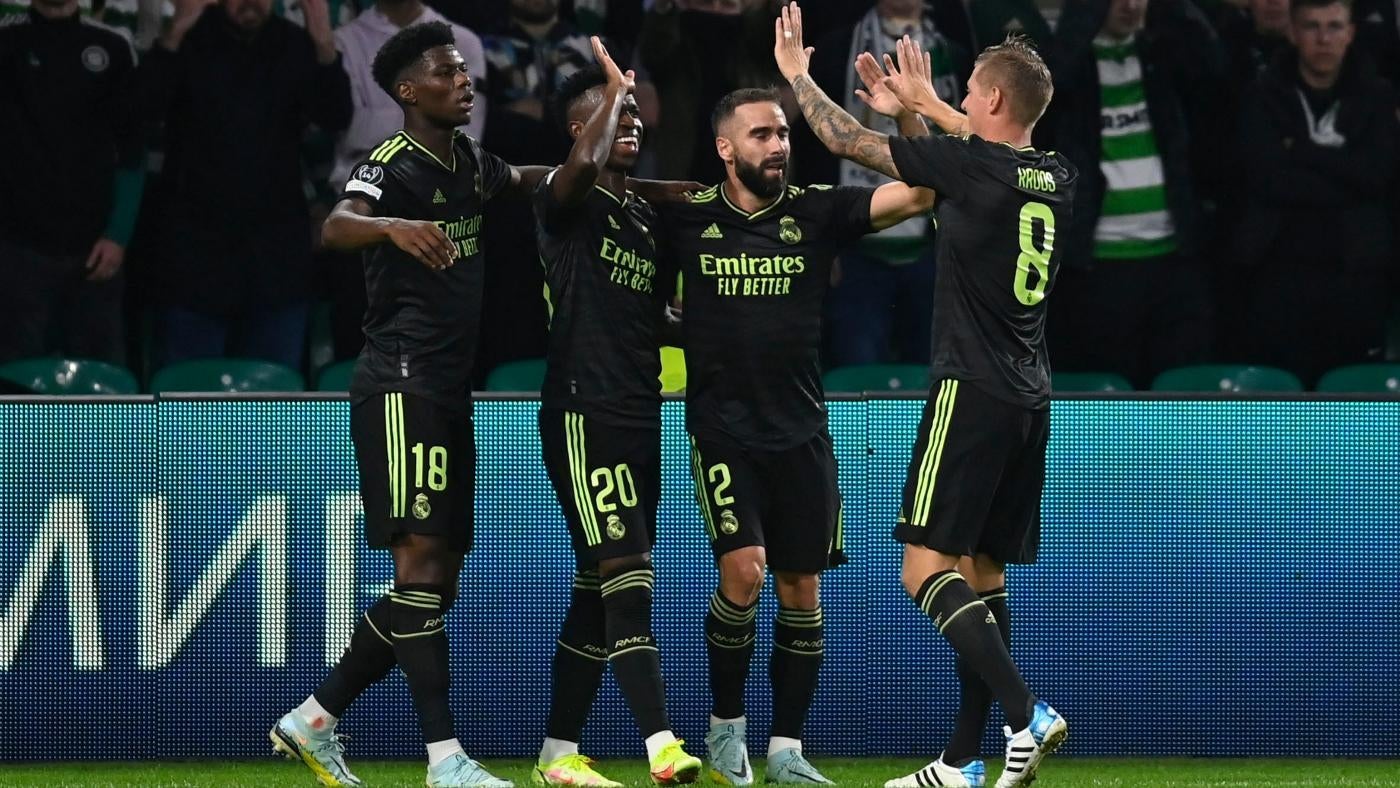 Real Madrid will try to keep their streak of dominance going when they host RB Leipzig for a 2022 UEFA Champions League showdown this Wednesday on Paramount+. The home team sits in first place on the La Liga table with five wins to start the season and notched a convincing 3-0 win over Celtic in their Champions League opener last week. The visiting Red Bulls have just two wins through six Bundesliga matches and lost their Champions League opener 4-1 to Shakhtar, but should feel good entering Madrid’s house after a 3-0 win over Dortmund last weekend. You can see what happens when you stream the match now on Paramount+.

Kickoff from Santiago Bernabeu Stadium in Madrid, Spain is set for 3 p.m. ET. The latest Real Madrid vs. RB Leipzig odds from Caesars Sportsbook list Madrid as the -190 favorites on the 90-minute money line, while Leipzig are the the +470 underdog. A draw returns +350 and the over/under for total goals scored is 3.5. Wednesday’s match will be streamed live on Paramount+ with their must-have Premium plan.

How to watch Real Madrid vs. RB Leipzig

Before turning into Wednesday’s match, you need to see the UEFA Champions League picks from soccer insider Mike Goodman. A soccer editor for CBS Sports, Goodman is at the forefront of the advanced statistics and analytics movement in soccer, with eight years of experience working with cutting-edge predictive statistical analysis. Among his credits are work for FiveThirtyEight and StatsBomb, and he has immense experience diving deep into the analytics involved in dissecting the sport.

For Real Madrid vs. RB Leipzig, Goodman is picking the Spanish side for a -185 payout. Leipzig is going through changes as of late, having fired manager Domenico Tedesco and hiring seasoned Bundesliga boss Marco Rose less than a week ago. While the Red Bulls have their first win under new leadership by beating Rose’s former team Dortmund over the weekend, that likely won’t be enough to beat a dominant team like Real Madrid.

Madrid will take the pitch without superstar Karim Benzema on Wednesday, but the expert believes that will open up the door for Vinicius Junior to steal the spotlight for the Spanish side.

“Vinicius Junior is by far the most dangerous attacker Madrid will trot out and Leipzig’s up-and-down style will suit the winger perfectly,” Goodman told SportsLine. “He’s averaging 0.58 xG per 90 in La Liga this season already, and that’s with Benzema on the field most of the time. No Benzema, plus Leipzig’s high-octane style, means Vini Jr. gets to be the focal point of the attack and Leipzig won’t be able to key in on him on defense.” Stream the match now here.