Aussie qualifier Alexei Popyrin is through to the men’s singles quarterfinals at the Adelaide International. 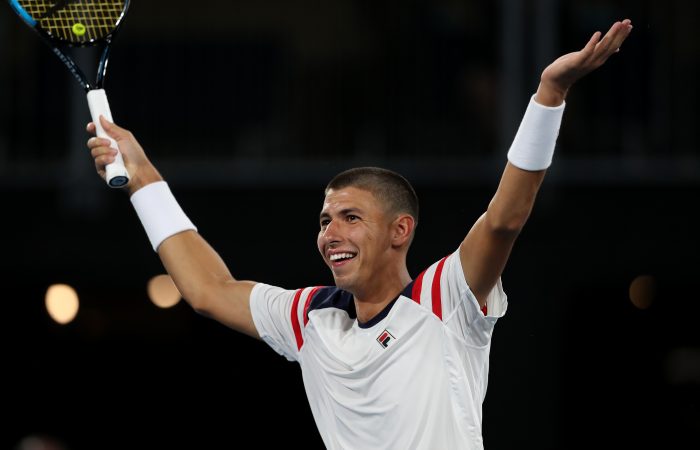 Alexei Popyrin’s impressive start to the season has continued, powering into the Adelaide International quarterfinals.

The 23-year-old qualifier scored his fourth consecutive win of the week, overcoming American Marcos Giron 4-6 6-4 6-3 in second-round action at The Drive this evening.

Popyrin struck 16 aces and won 84 per cent of first-serve points in the one-hour and 52-minute encounter against world No.61 Giron.

“In the first set my level wasn’t great, but he played well and didn’t miss any balls,” Popyrin said.

“It made it difficult for me. But I stuck with it, I served pretty well throughout. That kept me in the match. And then when I had my opportunities to break, I tried to capitalise on it.”

This propels world No.120 Popyrin into this third career ATP-level quarterfinal – and first since February 2021.

Popyrin now faces world No.36 Yoshihito Nishioka for a spot in the semifinals. It will be his first career meeting with the 27-year-old Japanese player, who knocked out world No.11 Holger Rune in the opening round.

The Italian combination of Jannik Sinner and Lorenzo Sonego scored a 7-6(1) 5-7 [10-8] victory in their second-round meeting.

The Adelaide International, a combined ATP 250 and WTA 500 event, is part of a two-week Adelaide Festival of Tennis. The festival includes back-to-back tournaments and concludes on 14 January.