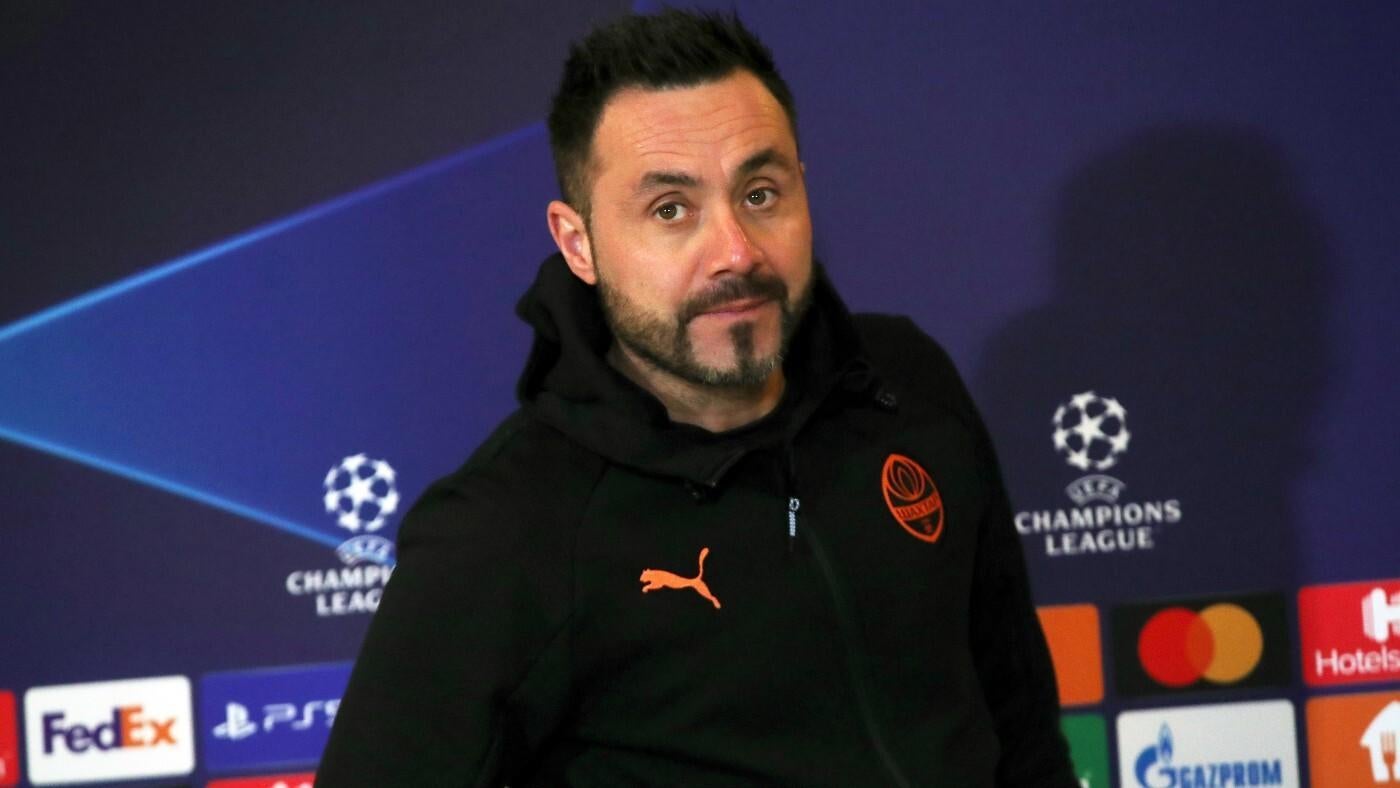 After Graham Potter’s departure to Chelsea, Brighton have named Roberto De Zerbi as their new coach. Formerly of Sassuolo and Shakhtar Donetsk, the 43 year old will have some big shoes to fill at Brighton but he is a good pick to keep the good part of Potter’s system while elevating what Brighton can do. Despite losing their sporting director Dan Ashworth to Newcastle United, Potter and almost his entire staff — including recruitment director Kyle Macaulay — Brighton’s good decision making continues. To replace those losses, De Zerbi also plans to bring his backroom staff from Shakhtar to Brighton.

De Zerbi has a big job ahead of him after Potter helped bring Brighton forward after replacing Chris Houghton in 2019. In three years in charge of the club, Potter was able to reinvent the side from a team that sat back relying on a stout defense to stave off relegation into one of the most attractive Premier League sides to watch outside of the top six. Now, De Zerbi will look to build on the good done by Potter to push the club into European places where he can use the Champions League experience he gained with Shakhtar last season. His time at Shakhtar, of course, didn’t end normally. The team’s season was postponed last year under strenuous circumstances due to the war in Ukraine also led to De Zerbi’s departure by mutual consent. And, during the war, there was the scary ordeal of the manager actually being able to get out of the country, an arduous journey for the Italian coach.

He will take over a Brighton side that hasn’t played a match since September fourth, before Potter’s departure. Postponements due to the passing of Queen Elizabeth II and rail strikes have seen fixtures against Bournemouth and Crystal Palace moved. With De Zerbi being appointed before the international break, he will have a few weeks to work with the players currently at the club to see what he has before his first match on October first against Liverpool. Despite the missed games, Brighton are currently fourth in the Premier League with 13 points through six matches so De Zerbi is coming into quite a good situation at Brighton.

Who is Roberto De Zerbi?

After a playing career spent mostly in Italy’s lower divisions, which peaked with a stint at Napoli, he got his start as a coach of US Darfo Boario in Serie D before quickly moving to Foggia in Serie C — a club he been a part of during his playing days. De Zerbi won the Coppa Italia Serie C with Foggia and just missed promotion to Serie B in 2016 before being removed from the club. That removal was reportedly due to disagreements with the board, an issue that would follow to his next position with Palermo in Serie A. After only 13 games in charge, De Zerbi was removed and would need to wait almost a year for his next managerial position with Benevento.

New to Serie A, it was a struggle for Benvenento to perform under De Zerbi, but his attacking style and eye for transfers began to be noticed leading to his move to Sassuolo in Serie A. At Sassuolo, he began putting together a side similar to Potter’s at Brighton that was pleasing on the eye to watch and hailed as giant killers in Serie A. His strongest season was in 2020-21 when the team was led by 17 goals from Domenico Berardi and missed out on Europa Conference League by only goal difference to Roma, finishing in eighth place. He’d leave Sassuolo a the end of that season under his own power due to wanting to coach a bigger club.

Moving from Sassuolo, De Zerbi would land with Shakhtar Donetsk winning the Ukrainian Super Cup and the league title, becoming the first Italian manager to win the league title. While his Shakhtar story obviously ended for reasons beyond his control, before the war broke out, the poor board relationships that plagued De Zerbi elsewhere had become a thing of the past as De Zerbi got more involved in transfer decisions. It’s a similar way to how Brighton operated under Potter so it won’t be much of a departure from what the club is used to.

De Zerbi is known for having a possession based attacking style which fits in well for Brighton. His utilization of Berardi will also line up well with how Potter used Pascal Gross and Leandro Trossard. Manuel Locatelli also rounded into form under De Zerbi as he places emphasis on player improvement. Mainly operating out of a 4-2-3-1 while playing a back three at times, De Zerbi’s teams controlled possession but weren’t very strong defensively.  Being able to balance possession with defense will be a challenge in replacing Potter’s organized setups especially as the center backs will be involved in the build-up for De Zerbi. Off the ball movement was as important for Brighton under Potter as movement on it, so on the bright side, the players will have a good base if De Zerbi looks to tweak things instead of overhauling them.

While Brighton are in a Champions League place currently, it’s unexpected that they’ll stay there as the only top six side that they’ve faced so far is Manchester United. The team is certainly a good one but they’re ahead of Manchester United, Chelsea, and Liverpool in the table having scored 11 goals and allowed five, a pace that will be difficult to keep up when the schedule gets tougher. Brighton should be in the mix with these sides but with expected defensive regression, a seventh or eighth place finish would be a success for them especially if it comes with a Conference League place. Brighton are a squad that deserves European soccer and De Zerbi has the credentials to bring it.