A decade ago, it wasn’t looking too good for Roger Federer.

When he turned 30 in August, he was still without a title in 2011. Federer fell to Novak Djokovic in the Australian Open semi-finals, to Rafael Nadal in the final at Roland Garros and to Jo-Wilfried Tsonga in the quarter-finals of the venue that had produced his most celebrated accomplishments, Wimbledon. And it was the heartbreaking way he lost there to the Frenchman, in five sets after winning the first two.

It happened again in the US Open semi-finals, when Djokovic dropped the first two sets, then came back to hand Federer a stunning loss. For the first time since 2002, Federer had failed to win at least one major tournament. It was a disturbing trend and the whispers that he was no longer a dominant champion began in earnest.

Not to worry. Back at home in Basel, Switzerland, Federer’s championship form kicked in with a vengeance. He won 10 of 11 sets, defeating Andy Roddick, Stan Wawrinka and Kei Nishikori to take the title, his fifth in Basel. A week later, Federer was hoisting the trophy again, at the ATP Masters 1000 in Paris, winning all 10 sets – the last two, perhaps appropriately, over Tsonga.

Thus, Federer came into the Nitto ATP Finals with some late-season momentum, looking for what would be a record sixth year-end finals crown. Still, the overwhelming favourite was Djokovic, who had put together a remarkable 2011 campaign, including three major titles and four Masters 1000s. The Serbian star had accumulated twice as many ranking points as the No.4-seeded Federer and had a comfortable margin over No. 2 Nadal and No. 3 Andy Murray.

Group B featured round-robin competition between Federer, Nadal, Tsonga and Mardy Fish. Nadal, whose collective record against the other three was a robust 30-11, was the leading light, followed at a distance by Federer (20-21). Nadal’s 17- 8 head-to-head record against Federer – 3-0 in 2011 – seemed to be the telling statistic.

Digging a little deeper, however, Federer was extremely comfortable in this sparkling venue, The O2 in London. In the year-end event’s second season in Great Britain, 2010, he took home the title for a record-tying fifth time, beating Nadal in a memorable three-set match. Considered by many to be the greatest indoor player ever, Federer’s unprecedented skill set was on display; the ludicrous hand-eye coordination, hitting the ball so early that groundstrokes sometimes looked like half-volleys, drop shots so sublime it was almost surprising when they didn’t evaporate.

On the opening day of action, Federer defeated Tsonga 6-2, 2-6, 6-4 for the second consecutive Sunday. Two days later, ignoring that daunting head-to-head disadvantage, Federer mastered Nadal 6-3, 6-0. His three-set win over Mardy Fish sent him soaring into the semifinals. That’s where he met David Ferrer, who emerged from the Group A round-robin matches after beating Murray, Djokovic and Tomas Berdych. Federer dispatched Ferrer in straight sets, setting up his third encounter with Tsonga in as many Sundays. 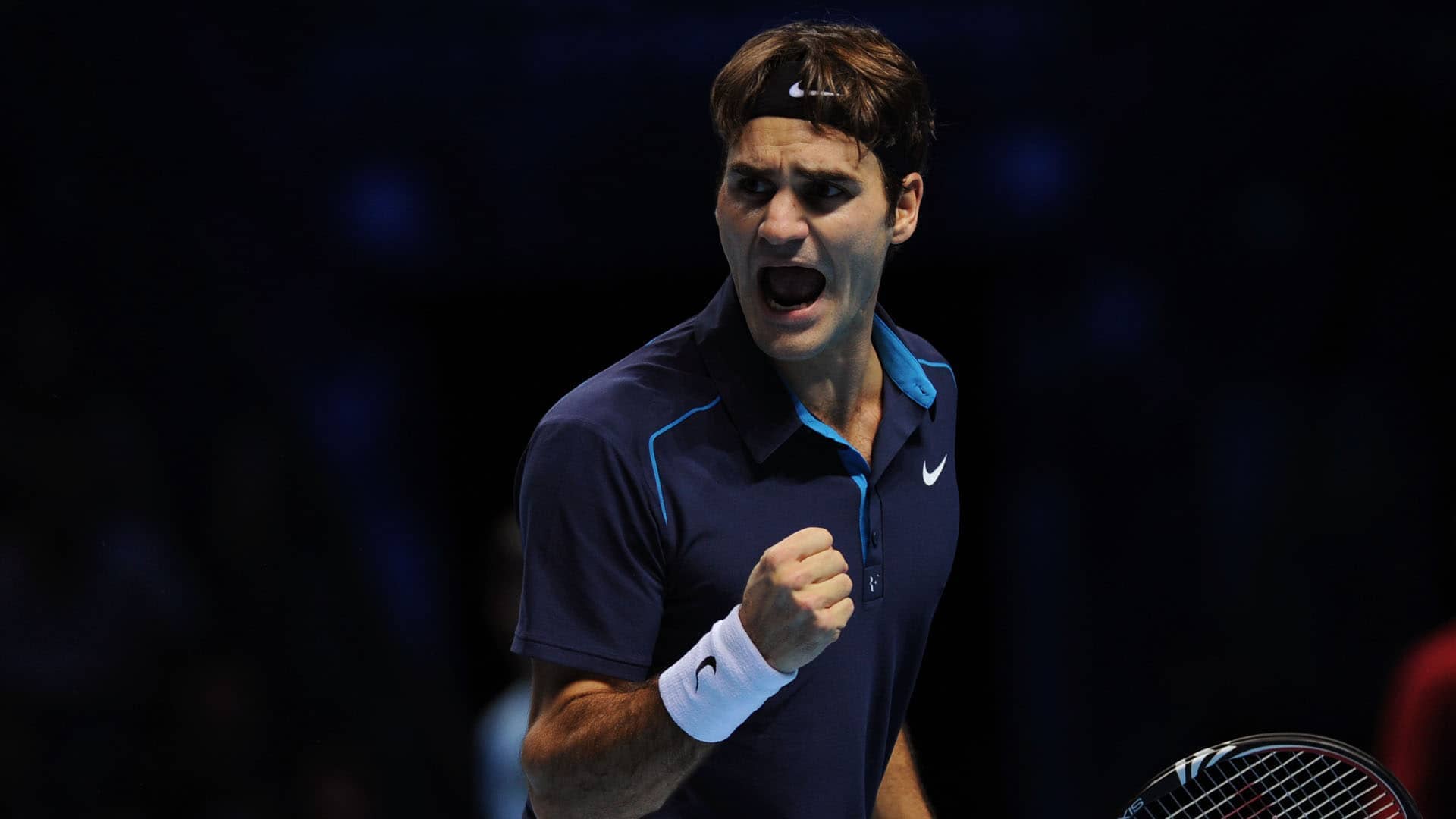 The Nov. 27 championship result: Federer, 6-3, 6-7(6), 6-3. It was the Swiss maestro’s 100th ATP-level final and his 70th title. London Mayor Boris Johnson and Real Madrid soccer star Cristiano Ronaldo were among those packed into The O2.

“It feels very special, indeed,” said Federer afterward. “I’ve been trying to sort of block it out for the entire tournament, the entire time I’ve been here in London. I just tried to recuperate from Basel and Paris and hopefully get through the round- robin.”

“I was extremely relieved. I can’t wait for the beach, I’m exhausted.”

Djokovic will attempt to tie that mark this year at the Pala Alpitour in Turin, Italy.

After an uncertain beginning (by his supreme standards), Federer won his last 17 matches in 2011.

“This definitely is an amazing finish, again, to the season,” he said. “I’ve never finished so strong.

“So now it’s finally sort of reality that I’ve been able to win six World Tour Finals. It’s an amazing feeling. I know it’s one of my greatest accomplishments.”