Daria Saville has continued her impressive run at the Citi Open, a WTA 250 tournament in Washington. 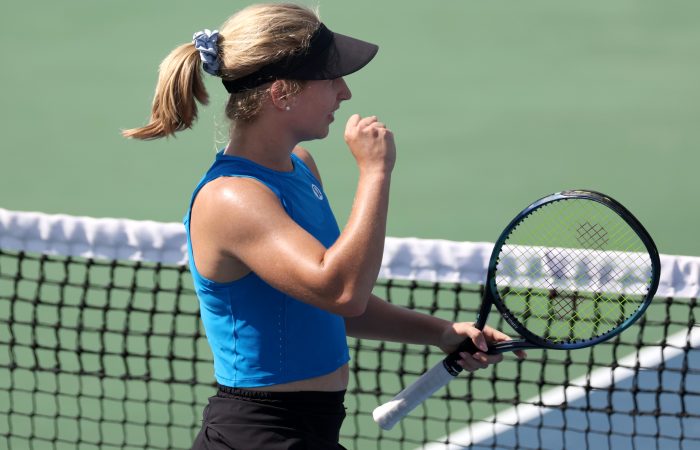 Daria Saville has advanced to her first WTA-level singles semifinal since February 2018.

The resurgent 28-year-old Australian posted a 6-1 7-5 victory against Canadian qualifier Rebecca Marino in quarterfinal action at the Citi Open today.

The world No.88, who is projected to verge on a top-70 return following her efforts this week, now faces sixth seed Kaia Kanepi in the semifinals. Saville has played the world No.37-ranked Estonian once before – more than a decade ago in 2011.

Saville, a former world No.20 returning from Achilles surgery, is seeking to reach a fifth WTA singles final – and a first since October 2017.

In men’s singles action, Nick Kyrgios won a rain-delayed third-round encounter against fourth-seeded American Reilly Opelka. Resuming with Kyrgios leading 7-6(1) 2-1, the Australian only needed to play five games to secure victory against the world No.17.

It is Kyrgios’ sixth top-20 victory of the season and propelled him into a quarterfinal showdown with American Frances Tiafoe.

Returning to the court hours later, Kyrgios was at his steely best against world No.27 Tiafoe.

What. A. Match. 🙂@NickKyrgios overcomes Tiafoe 6-7 7-6 6-2 to seal his spot in the semi-finals in Washington!@CitiOpen pic.twitter.com/6DdVVVZjCC

This moves world No.63 into his fourth semifinal of the season, where he’ll face Swede Mikael Ymer.