Australian Daria Saville has advanced to the fourth round at Indian Wells for the first time in her career. 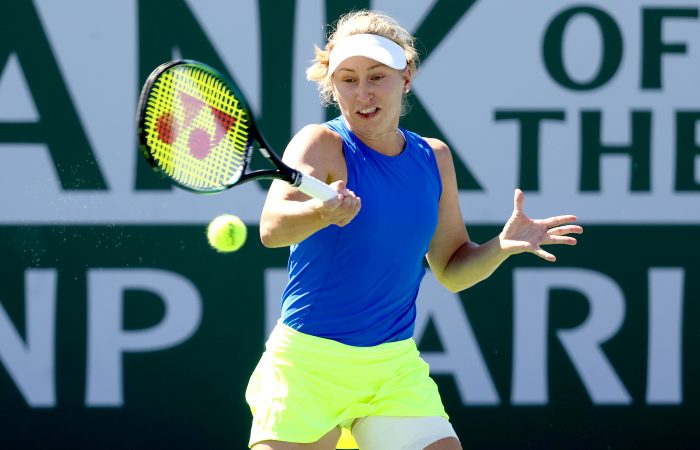 Daria Saville has beaten world No.23 Elise Mertens to continue her stunning run at Indian Wells.

The Australian qualifier scored a 6-3 4-6 6-3 victory during third-round action today, triumphing in a two-hour and 57-minute battle.

This is Saville’s third consecutive win this week against a top 50-ranked opponent in the Californian desert.

It also marks the first time since a title-winning run at New Haven in August 2017 that Saville has won five consecutive tour-level matches.

🇦🇺 @Daria_gav outlasts Mertens in a marathon match to reach the fourth round for the first time!#IndianWells pic.twitter.com/AQFCoA8eyE

This is also Saville’s career-best result at Indian Wells, bettering third-round appearances in 2017, 2018 and 2019.

The Australian qualifier now faces world No.6 Maria Sakkari for a place in the quarterfinals. Saville won their only previous career meeting at San Antonio in 2016.

Saville is currently ranked No.409, after missing most of the 2021 season following Achilles surgery.

Her Indian Wells efforts are set to provide a welcome ranking boost, with the 28-year-old from Melbourne projected to return to the world’s top 250 next week.

Saville achieved her career-best ranking, at world No.20, in August 2017.