Following a thrilling week at the Rolex Paris Masters, the ATP Tour’s stars are in action at the Intesa Sanpaolo Next Gen ATP Finals and the Stockholm Open. Carlos Alcaraz leads the way in Milan at the prestigious 21-and-under event, while former World No. 1 Andy Murray pursues his first tour-level crown since Antwerp two years ago in Stockholm.

ATPTour.com looks at what you should watch for this week.

SIX THINGS TO WATCH IN MILAN
1) Alcaraz Leads The Way: The top seed in Milan is Alcaraz, who has climbed from No. 141 in the FedEx ATP Rankings into the Top 50 in 2021. The Spaniard, who is coached by former World No. 1 Juan Carlos Ferrero, leads Group A, which also consists of American Brandon Nakashima, Argentine Juan Manuel Cerundolo and Denmark’s Holger Vitus Nodskov Rune. Alcaraz has earned 27 of his 28 tour-level victories this year, and he will try to add to that total in Milan.

2) Home Favourite Musetti: The Italian crowd will fully back Lorenzo Musetti, the third seed at the 21-and-under event. Musetti has enjoyed success in Italy before, having broken onto the ATP Tour last year by qualifying for the Internazionali BNL d’Italia and beating Stan Wawrinka and Kei Nishikori in back-to-back matches. He also won his maiden ATP Challenger Tour title last year in Forli. The 19-year-old will try to follow in the footsteps of Jannik Sinner, who became the first Italian to win the Intesa Sanpaolo Next Gen ATP Finals two years ago. 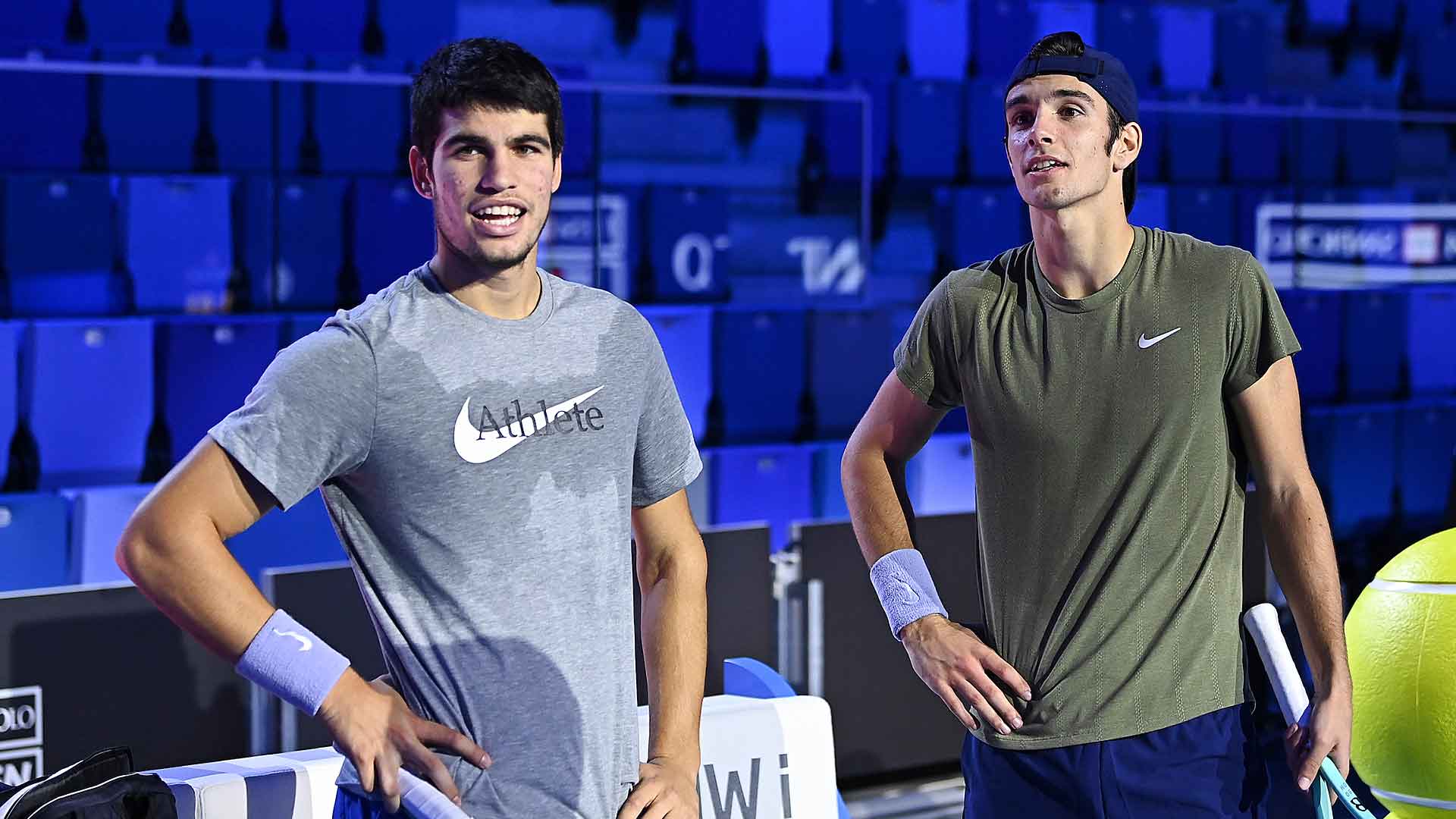 Carlos Alcaraz/Lorenzo Musetti” />
Photo Credit: Peter Staples/ATP Tour
3) In-Form Gaston: Hugo Gaston arrives in Milan with plenty of momentum. The Frenchman is fresh off a run to his first ATP Masters 1000 quarter-final at the Rolex Paris Masters, where he thrilled his home fans with play that included wins against Musetti in qualifying and Alcaraz in the main draw.

4) Americans On The Rise: There are two Americans in action, with Nakashima in Group A and Sebastian Korda in Group B. Nakashima this year advanced to the Los Cabos and Atlanta championship matches to become the youngest player from his country to reach multiple tour-level finals since Andy Roddick accomplished the feat in 2002. Korda had his biggest breakthrough in Italy when he lifted his maiden ATP Tour trophy in Parma. The Floridian also made the quarter-finals in Miami and the fourth round at Wimbledon.

5) Argentines Make History: In the first three editions of the Intesa Sanpaolo Next Gen ATP Finals (2017-19), no South Americans competed. This year there are two, and both are from Argentina: fifth seed Juan Manuel Cerundolo and sixth seed Sebastian Baez. Cerundolo in Cordoba became the youngest player in 17 years to earn the title on his ATP Tour debut. Baez claimed five ATP Challenger Tour titles in 2021, making him the youngest in history to do so. 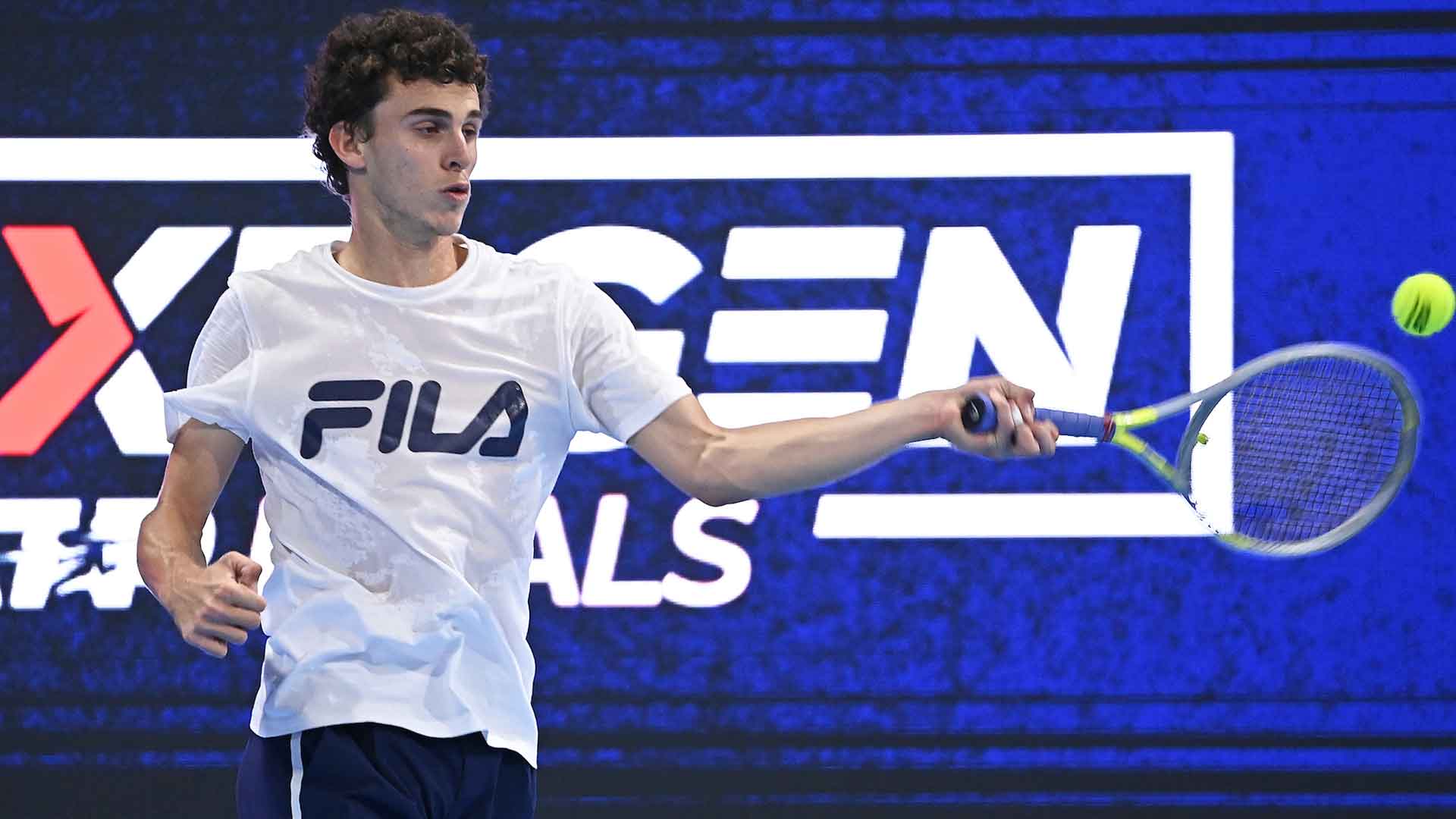 Juan Manuel Cerundolo ” />
Photo Credit: Peter Staples/ATP Tour
6) Rolling Rune: Denmark’s Rune on Sunday triumphed in Bergamo to become the second-youngest player to win four ATP Challenger Tour titles in a season. He also did well on the ATP Tour, battling to the quarter-finals in Santiago and Metz. The 18-year-old Dane, who took a set from Novak Djokovic at the US Open, is the second-youngest competitor in Milan, just one week older than Alcaraz.

FOUR THINGS TO WATCH IN STOCKHOLM
1) Murray Marching Back: Former World No. 1 Murray continues to work towards his top level following his most recent hip surgery in 2019. The Scot accepted a wild card into the ATP 250 in Stockholm this week, and will have to be sharp immediately. Murray, who is making his tournament debut, will open against Norwegian Viktor Durasovic. If he advances, top seed Jannik Sinner, a five-time ATP Tour titlist, will be waiting.

2) Shapo Back For More: The third seed is Denis Shapovalov, who lifted his lone tour-level trophy in Stockholm two years ago, when the tournament was last held. The Canadian did not lose a set during that run, and he will try to start off well against Italian qualifier Andrea Vavassori or Russian qualifier Pavel Kotov. Shapovalov’s countryman Felix Auger-Aliassime is the second seed. 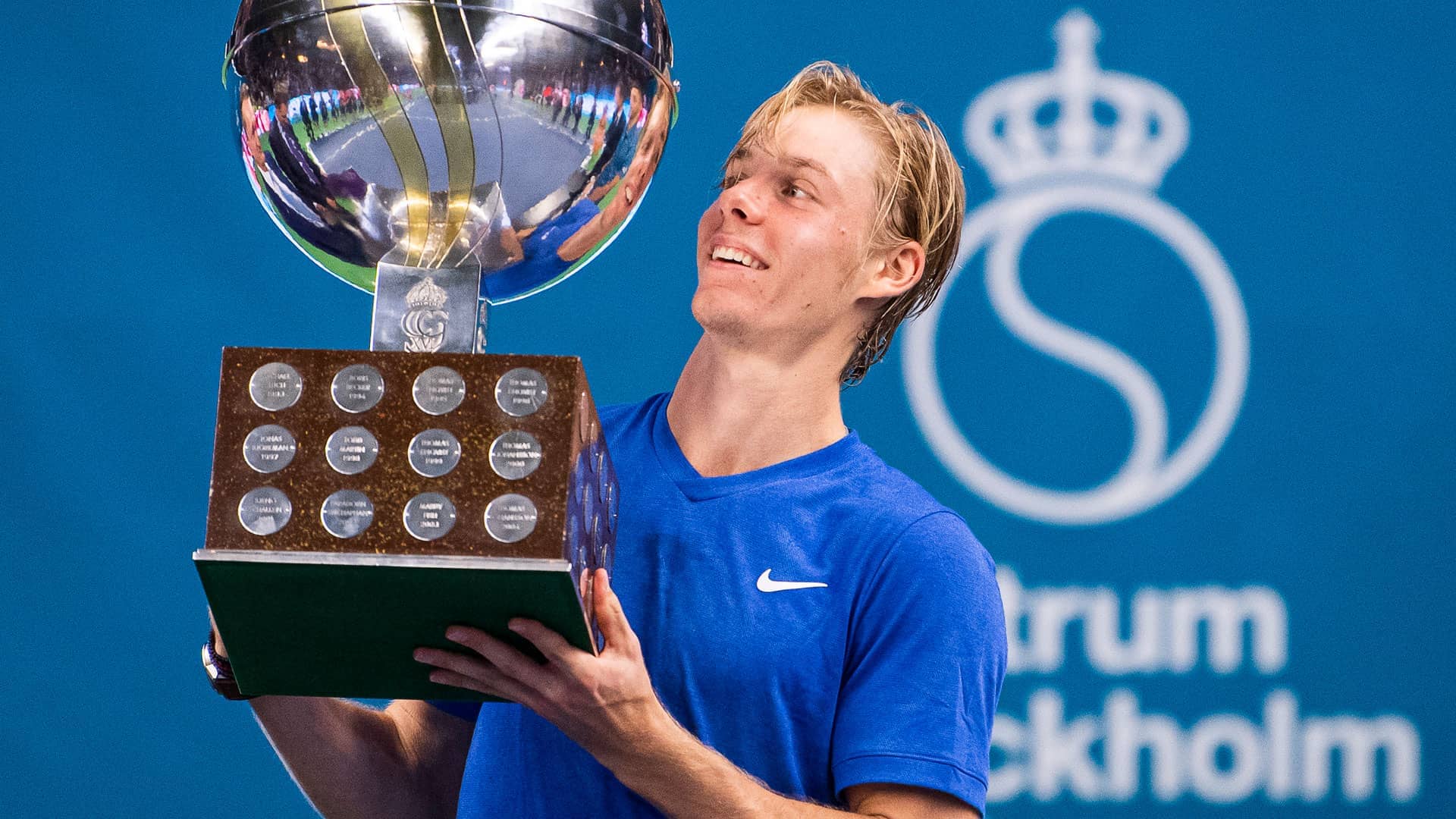 Denis Shapovalov holds the Stockholm 2019 trophy” />
Photo Credit: AFP/Getty Images
3) Botic Chasing A Title: It has been a year of firsts for Botic van de Zandschulp, including his maiden major main draw (Australian Open), first major quarter-final (US Open) and first ATP Tour semi-final (St. Petersburg). The Dutchman will hope to add a maiden tour-level crown to his resume this week in Stockholm, where he will open against Aussie Jordan Thompson.

4) Doubles At Large: Ivan Dodig and Marcelo Melo are the top seeds in the doubles draw, but will there be a surprise team that goes all the way? Two-time Roland Garros champion Andreas Mies (w/Krawietz) is partnering Dutchman Matwe Middelkoop, and British brothers Ken Skupski and Neal Skupski, who triumphed together in Acapulco this year, are a dangerous duo as the third seeds.