Thanasi Kokkinakis is one of seven Australian players set to compete in the US Open 2022 mixed doubles competition. 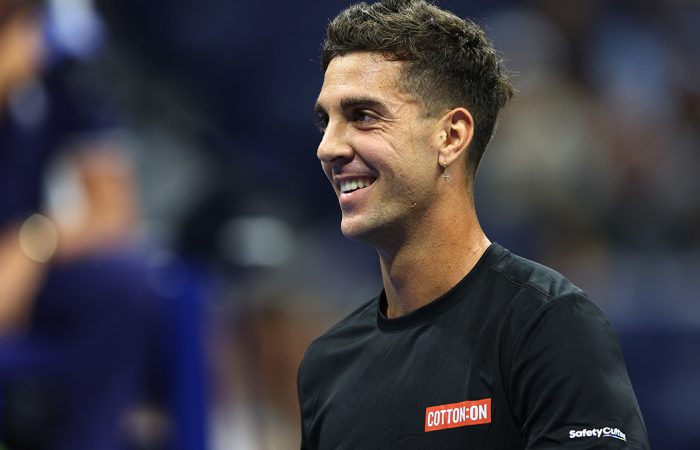 The US Open 2022 mixed doubles draw has been revealed – and it features seven Australian players.

The all-Australian combination of Storm Sanders and John Peers, who are teaming up for the first time, are the fourth seeds. Peers is Australia’s top-ranked doubles player at world No.10, while Sanders is ranked No.21.

Ellen Perez, who currently sits at a career-high world No.26, is partnering New Zealand’s Michael Venus. They are the seventh seeds and face German Laura Siegemund and Brit Jamie Murray, two former US Open mixed doubles champions, in the opening round.

Wimbledon 2022 finalists Sam Stosur and Matt Ebden are teaming up once again, while Max Purcell will play with world No.8-ranked Canadian Gabriela Dabrowski. World No.37 Purcell, who is partnering Dabrowski for the first time, was a mixed doubles semifinalist in New York last year.

Thanasi Kokkinakis will make his US Open mixed doubles debut alongside Victoria Azarenka, the London 2012 Olympic Games mixed doubles gold medallist. Kokkinakis, who won the Australian Open 2022 men’s doubles title alongside close friend Nick Kyrgios, is presently at a career-high ranking of world No.22 in doubles.

The US Open 2022 doubles competitions begin on day three at Flushing Meadows, with Australia also well represented in the men’s and women’s doubles events.

> READ: Twelve Australians to play doubles at US Open 2022

“Obviously it’s a pretty exciting draw, it’s not often you get to play one of the greats of the game and someone of that calibre. So I’m really looking forward to the challenge,” said the 21-year-old Hijikata.