T.J. Watt wasn’t quite sure what was going on when his brother J.J. was pulled aside at the YouTube Theater in Los Angeles on Thursday because of a problem with his ticket.

The oldest Watt brother was supposed to be sitting with the rest of the Watt clan in the front rows of the NFL Honors ceremony, but suddenly, he was gone.

A few minutes later, though, he reappeared on stage beside pop star Katy Perry to present the first award of the night: Defensive Player of the Year.

Even then, the reality of what was about to happen didn’t sink in for T.J.

As the pair read off the finalists for the NFL’s top defensive honor, the Pittsburgh Steelers star edge rusher held his breath. He’d been there before, a finalist two other times, only to finish outside of the top spot. Just a year ago, he heard Aaron Donald’s name called over his, despite an NFL-best 15 sacks.

This time, though, it was different. This time, his brother tapped the Microsoft Surface Tablet and smiled as he read the name illuminated in front of him. Then, he looked up and made eye contact with his youngest brother and announced him as the AP’s Defensive Player of the Year.

“I’ve been at that award show where I thought I had a really good chance of getting my name called, and you have the butterflies, like, okay, this could be happening,” T.J. told ESPN. “And obviously, it didn’t sometimes. So just all the way up until my name was called, that was when I finally could exhale and breathe and then have to re-hold my breath to give a speech again.”

J.J. greeted his brother on stage with a giant embrace, calming T.J.’s nerves.

“Me and him both know all the work that’s gone into it,” T.J. said. “I’ve seen him get that award three times, and to be able to be up there and have that award myself, it was a very surreal moment. I’m not a huge public speaker, so that embrace definitely calmed my nerves a little bit and helped me out for sure. Which is basically the essence of our relationship.”

The oldest Watt has long been a champion for the youngest, motivating him by charting a course of success for T.J. to follow. And with T.J.’s first defensive player of the year award, he’s starting to catch up to some of J.J.’s hardware. He’s also finding his way into the record book after tying Michael Strahan’s single-season record with 22.5 sacks.

“I feel like I’m just about to be entering the prime of my career,” T.J. said. “…I just want to continue to be that guy that the other team has to account for and continue to grow my leadership role with the team and try to be as consistent as possible.

“That’s the hardest thing about the NFL is anybody can have a great game at this point. It’s just about stringing together a band of great games.”

To string together those great games, T.J. trains with J.J. and middle brother Derek, a fullback for the Steelers, in the offseason. 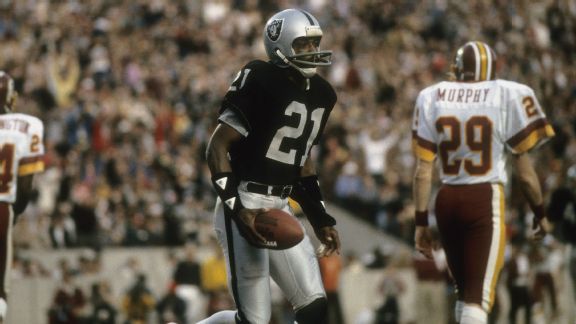 • Branch races way to HOF
• Chase Young: Joe Burrow is ‘that dude’
• What Lions learned at Senior Bowl
• 16 tales of Super Bowl nerves
• Could the Browns go QB in first round?

A year ago, the trio went viral on social media when they finished up one of their workouts in rural Wisconsin with an ice bath in a frozen lake and a mad dash to a portable sauna brought up by one of J.J.’s former teammates, Brian Peters.

“The actual water wasn’t much colder than a typical ice bath. But once you got out and you were walking through the snow, it felt like you were walking with needles on your feet. That was the worst part.”

This offseason, though, T.J. isn’t sure that he’ll be getting back in a frozen lake. And if he does, odds are he also won’t post it on social media. Late in the 2021 season, T.J. participated in a social media detox sponsored by Six Star Pro Nutrition. He and a handful of his teammates committed to being on their phones less, and it’s something T.J. still tries to maintain in the offseason.

“I think it’s just one of those things that you just always pick up your phone, want to be doing something,” T.J. said. “It’s just gotten strange to sit there and do nothing, but in all reality, it’s more important to just sit there and have true conversations.”

He’s also using the extra time away from his phone to help his fiancee Dani Rhodes, a professional soccer player, plan their upcoming wedding, slated to take place this offseason.

After that, though, he’ll resume his round-the-clock training.

Congrats to my guy T.J. Watt. You are proof that preparation and hard work pay off. Defensive Player of the Year looks good on you.

This year will be more normal, he said, with the drama of the contract negotiations out of the way. While the two sides hammered out details of the contract, T.J. sat out team periods in training camp, but he still worked on individual reps off to the side. Still, it was tough for T.J. to watch from the sideline.

“If anything, it was making me want to train harder,” T.J. said.

Just before the 2021 season-opener, T.J. signed a deal that made him the NFL’s highest paid defensive player. In turn, he proved his worth by tying Strahan’s single-season sack record despite missing nearly four games with injuries.

But that’s just a jumping off point for next season.

“I approach football very personally and I dedicate my life to being the best football player that I can possibly be, the best teammate that I can be,” T.J. said. “And I know that there’s always gonna be room for improvement. I’m never gonna reach the levels that I want to, but I’m gonna give it all I can.”